Me and my boys love marshmallows so when we were asked if we wanted to try the new Mega Marshmallows from Innovative Bites the boys were very quick to reply "yes".

These marshmallows certainly live up to their name, at 5 centimetres high, they really are MEGA!

Mega Marshmallows are a guilt-free snack for mummy too, containing 0% Fat and just 84Kcal per serving 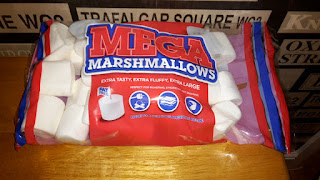 Remember those melted snowmen biscuits we made at Christmas, well these marshmallows are twice as big as the ones we used, they would have made the task of icing faces so much easier.

or perhaps Storm Trooper cupcakes on 4th of May. 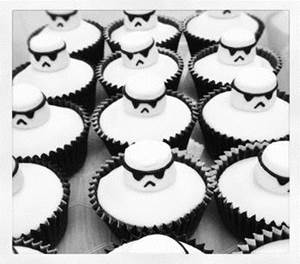 There is so much you can do before you eat these tasty treats.

We covered them in chocolate which we left to harden, YUM.   Add a biscuit base for home-made teacakes. 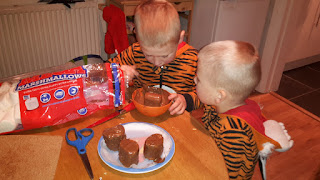 Put them in our hot chocolate 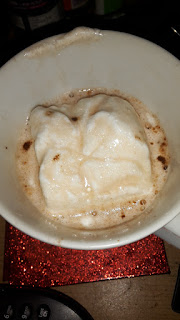 and turned them into marshmallow ice creams We've still got loads left and may attempt some S'mores or cake frosting out of them.  Have you got any other suggestions?

Of course, I'll be buying a bag for my Beavers to take on sleepover in the summer for toasting over the campfire. 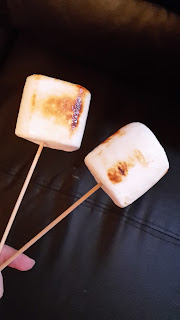