You simply cannot watch children all the time 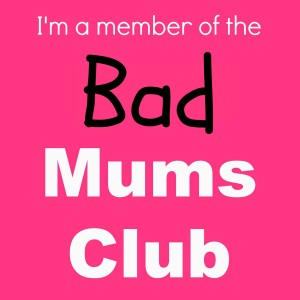 We've recently been a victim of a crime, the only problem is it was our 3 year old (possibly aided and abetted by his 6 year old brother).

Let me start by saying Noah is a smart arse.  I'm not blowing my own trumpet here but this is a 3 year old who can not only read, recognise and 1:1 match his number 1 - 1000 (yes he can count this high) but has also started to read simple words.  He is far too bright for a 3yr old and it's come back to whack a hole in our pocket.

Before any of the haters start my boys do not spend all their time unsupervised in front of technology but sometime sitting them in front of the TV for an hour while you do the housework or have a shower is a very important part of parenting.

We are pretty tech savvy parents we have a pin number set up on everything from 3Ds' to playstations to the Virgin Box. I dread finding they have spend hundreds of pounds and leaving us in (more) debt then we are already in.

Hubby immediately rang them who understood the premium channels may have been an error - stopped them and said would refund.  They said they could not nothing at all about the games.  This I find hard to believe as if they looked at the time bought/ played they could easily see these had been purchased immediately after each other and if the games had been played I would guess only for a few minutes each.

We instantly changed the pin number and thought that was the end of it, taking the hit we would have to pay the bill but grateful they were going to take almost £45 off.  Except they didn't - this was a lie, what they have actually done is stop them and refunded £18.99 off the next bill (they have done nothing about the £25.36).

I've just looked at our bill showing for next month and it would appear (literally 2 days before we phoned them) the 3yr old had managed to buy another £30 of games.  They did not mention this to us when we rang to query the initial bill.

I appreciate they have to be cautious as the "my child did it" story can be so easily used as a cover up but I'm screaming out for them to accept this is a toddlers over eager fingers and that (if they look at our history and the amount of time spent on these games) that we have not bought them deliberately and they are simply refusing to do anything to help us out.  Even when they say they have refunded some of the costs as a goodwill gesture they were in fact lying and haven't even done this as promised.

So yes, Virgin Media we will be punishing our child as his birthday treat next week is cancelled to pay the extortionate bill (as well as having his game console time confiscated for a week) but as my tweets and our phone calls to you seem to fall on deaf ears perhaps this post will prompt you to get in touch and refund the £78.70 still overcharged (I appreciate not a 'mistake on your part).  But as a 'goodwill gesture' this once it would mean a lot to our family.

My 3yr old is no longer allowed the remote control unless we are in the room and I have ensured the pin is changed on everything as well as working out how to hide all the chargeable things that you are unable to block from your end.  If this doesn't work then I guess we will have no choice but to cancel our subscription.

Other parents PLEASE take note that no matter how safe and secure you think your parental controls over it doesn't stop children getting around them and big companies simply don't seem to care.

I do have a suggestion for Virgin Media in that in this age of technology wouldn't it be so easy for parents to be able to ask for a text message when more than £5 has been spent on games/ PPV so that if their over-bright children do manage to bypass the parental controls they can act on it BEFORE it reaches almost £100.