If you read my packing checklist you'll realise we went away this week, just for 2 nights, in a tent - with no electric hook up - by train.

Now I knew food was going to be our biggest issue.  Obviously we can't carry too much and we have to
facilities to keep anything cold.
We took with us a single ring camping stove and a frying pan.   No we didn't take any gas, we figured just to save a bit more room on space we'd buy some there.

I'll explain a little more about the location of the campsite in another post but it is basically in  the middle of nowhere.
The 'shop' is open for a couple of hours am and pm.   You have to get a bus to anywhere which run approximately every 2 hours until 4pm then switch and change frequently.  You may end up 4-5 miles away (or further) with nothing to do and no way of getting back until 8 or 9pm.
There is 1 pub in walking distance, The Star Inn.  No takeaways, cafes or fast food vans.  Not even a corner shop.

Breakfast:  With Bite card in hand (I thoroughly recommend these to anyone who frequently travels by train) we had breakfast at Burger King on the grounds it would fill us up until we had tent pitched and could get some lunch.
Cost (including drinks):  £10 (ish)

Lunch.   We needed to get some gas for our stove so headed to Uttoxeter again once the tent was pitched.... here I was told that everyone was starving (apparently I should have known that) and that they HAD to have something to eat.  I suggested we grab something at a restaurant (it was about 3pm) and then cook sausages or something for supper later on.   apparently this was not the answer they (read hubby) wanted.  So we went to Greggs .... £9 lighter and with greasy food I really don't enjoy very much we sat and munched.  We also bought some drinks from a much cheaper shop for less then £2.

2 hours in Uttoexeter later, and beginning to think we were going to have to buy some disposable BBQs we eventually found some in B&M on the retail park... *woo*.

Now the next decision - what to cook.  Clearly the only option was sausages and bacon given the scenario, so both those and bread rolls purchased (again from the 1-stop shop B&M we were set.

And then the complaining and winging started "you said we were going to the pub for tea!" (hubby).  I tried to argue that yes I had, when I thought we'd not be able to cook anything but now we could couldn't we
save some cash and eat at the tent........ and actually I had just suggested going for lunch in somewhere a little cheaper but no one wanted to. .... much sulking and winging later (from all 3 of them now) I gave in and we went to The Star Inn for our tea.    This was amazing but I'll review there in a bit.
Cost (including drinks) - approx £40. 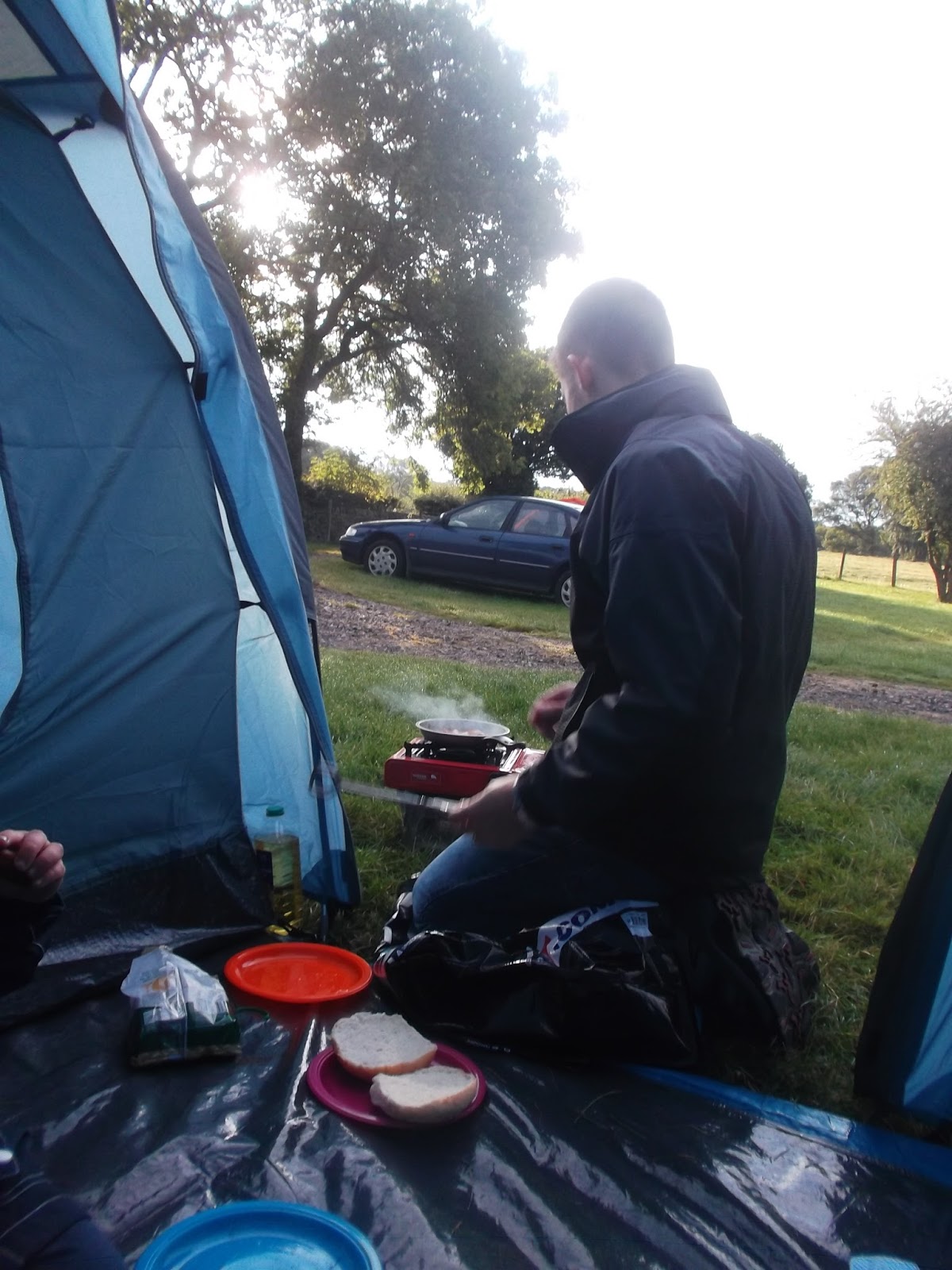 Thursday
Breakfast - Thursday morning we were up bright and early and hubby had the stove lit cooking bacon and
sausages by 8am.  WOW these were the best sausages I have ever had and as there were plenty that had to be eaten up as we didn't have any facilities to risk storing them any longer, we made cold sausage sandwiches to take to Alton Towers with us.
Cost:  £3 (ish)

Lunch - armed with the cold sausage sandwiches and some Muffins we had bought.  Note to self: NEVER EVER again think carrying muffins around a theme park will be a good idea ...... it's only a good idea if you happen to enjoy squashed crumbs we sat and lunched in a shower of rain while watching the Zingzillas.  We bought ourselves and the boys a drink each as the large bottle of coke (£1) we took with us had all gone.
Cost:  Muffins - £2, drinks - £5 (ish)

Tea - Was going to be at Alton Towers (ouch). Personally I was happy with Burger Kitchen .... but nooooo to get the most out the day we would be going to the Tower Bar and Grill £36 (including drinks) - again I'll review this in another post.

And now I am sat at home writing this and remembered I could have got this meal discounted with being a Merlin Annual Pass Holder .......... ARGGG hits head on the laptop!!!!! 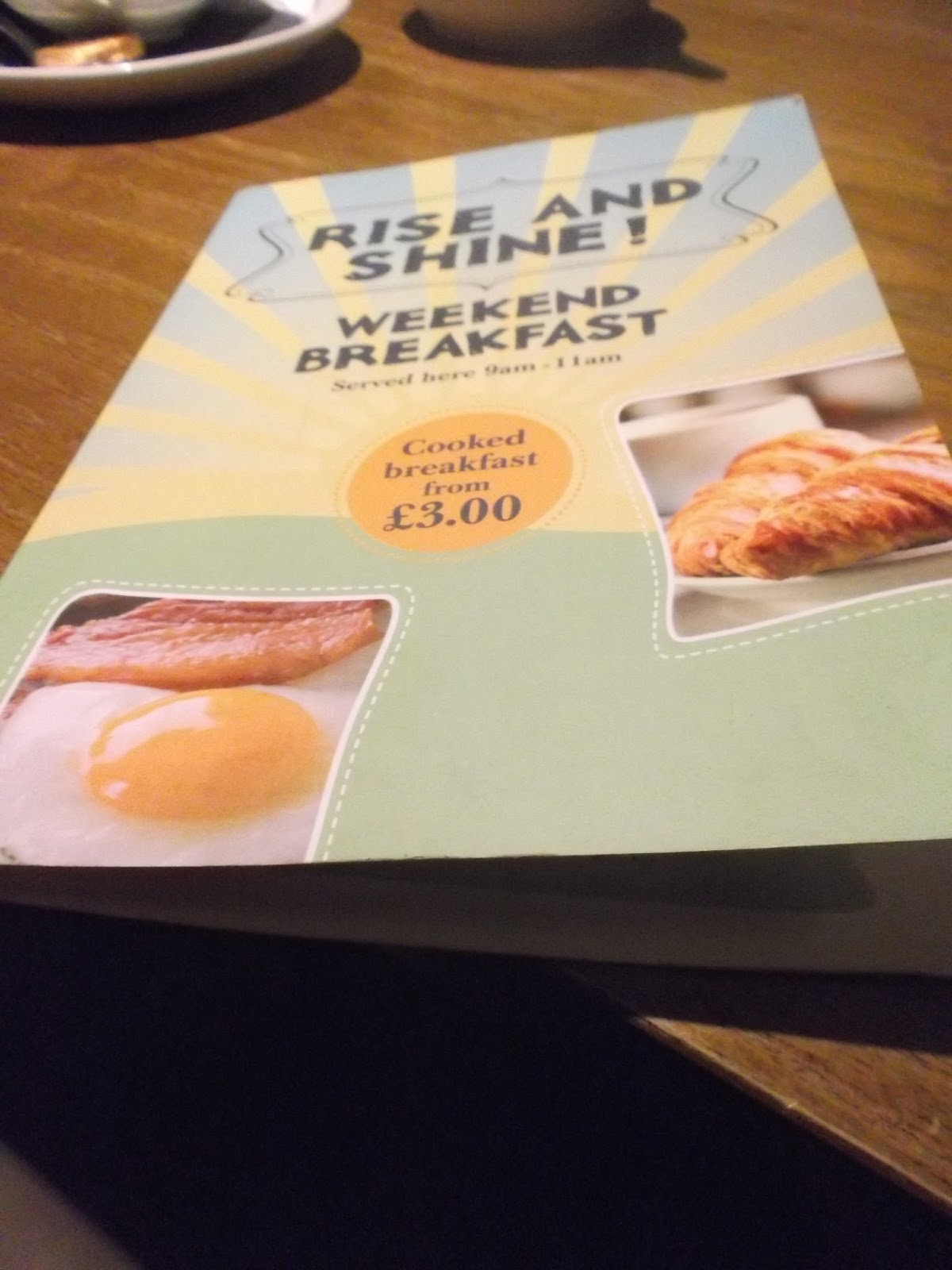 Breakfast - we were up at silly o'clock again today (6.30 ish) and the train we were booked on wasn't until 12.55.  By the time we got home last night the camp shop was closed and it didn't reopen until 9am.  I'll not go into too much detail as that's for another post, but we basically ended up on the 9.18 bus from the site to Uttoexeter planning to get some breakfast while we were out.  We found a lovely pub called The Dapple Grey (again a review to follow) where the 4 of us ate for £24.

Do you go on camping holidays?  How do you manage the cost of foods??  I guess with a car it is soo much easier as you can go further and get cheaper teas or restock the fresh stuff daily.  You can carry an electric coolbox and have electric hook up etc.

I KNOW we could have had breakfast at home on Wednesday but then we'd have had to buy lunch out which would have cancelled it out.
Posted by Scouting Mummy at 21:35