So I've been sat trying to work out what we can do over the next 2 weeks.  There are sooo many places I want to go but we can't justify the price of hotels so it looks like as many 1 day trips as possible.  This really means a maximum of 2 hours each way (anything longer than an hour gets hubby swearing).

So I wondered just how long it would take from Sheffield to Windermere, so I could go back to my uni haunts.

Last time I used google it didn't have trains on it so I was surprised earlier on to find you can now look them up on it (and it's great cause it tells you the trains destimation, vital for departure boards).  however after these directions I'm beginning to reconsider......

Well once you have arrived BY TRAIN at WINDERMERE you then need to walk to Windermere train station... and .... 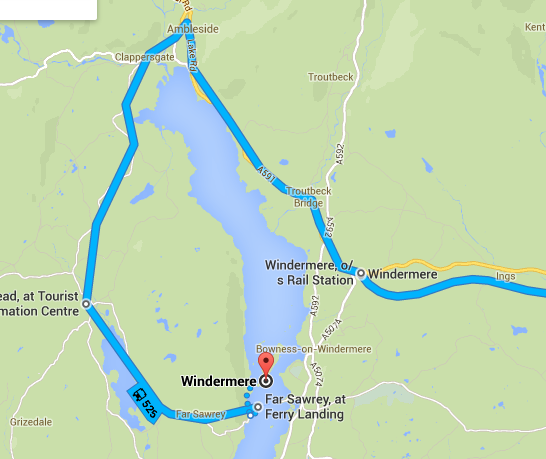 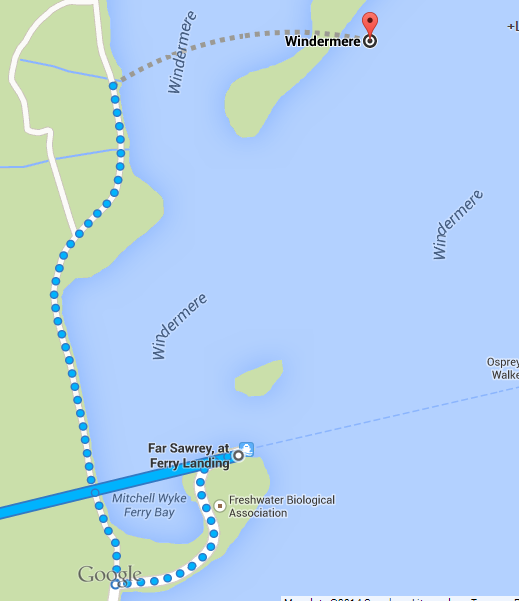 **note by google that bits of this may be unsuitable for walking ... can't think why?!***


Perhaps I ought to be a little more specific which PART of a town I'd like to go to next time lol.
Posted by Scouting Mummy at 20:51