We were a little concerned when we arrived at Fallbarrow Park that we had gone to the wrong place.  I had stayed here when I was very little and it was owned by South Lakes, hubby had even worked a shift here in the bar (as he worked at one of their sister sites White Cross Bay 10 years ago).  It's safe to say Park Resorts have not tried to make it their own.  The signs remain as they always were and the staff wear the same old uniforms. When we entered the site the entire reception/ entertainment complex was dark and surrounded by machinery and workmen.  A sign informed us the reception doors were closed and to use the other doors, helpfully pointing us in the wrong direction ..... until a workman, seeing our confused expressions, explained we were not the first ones to go wrong and told us where to go.  We noted the following day new signs had been erected to make finding the reception much easier. 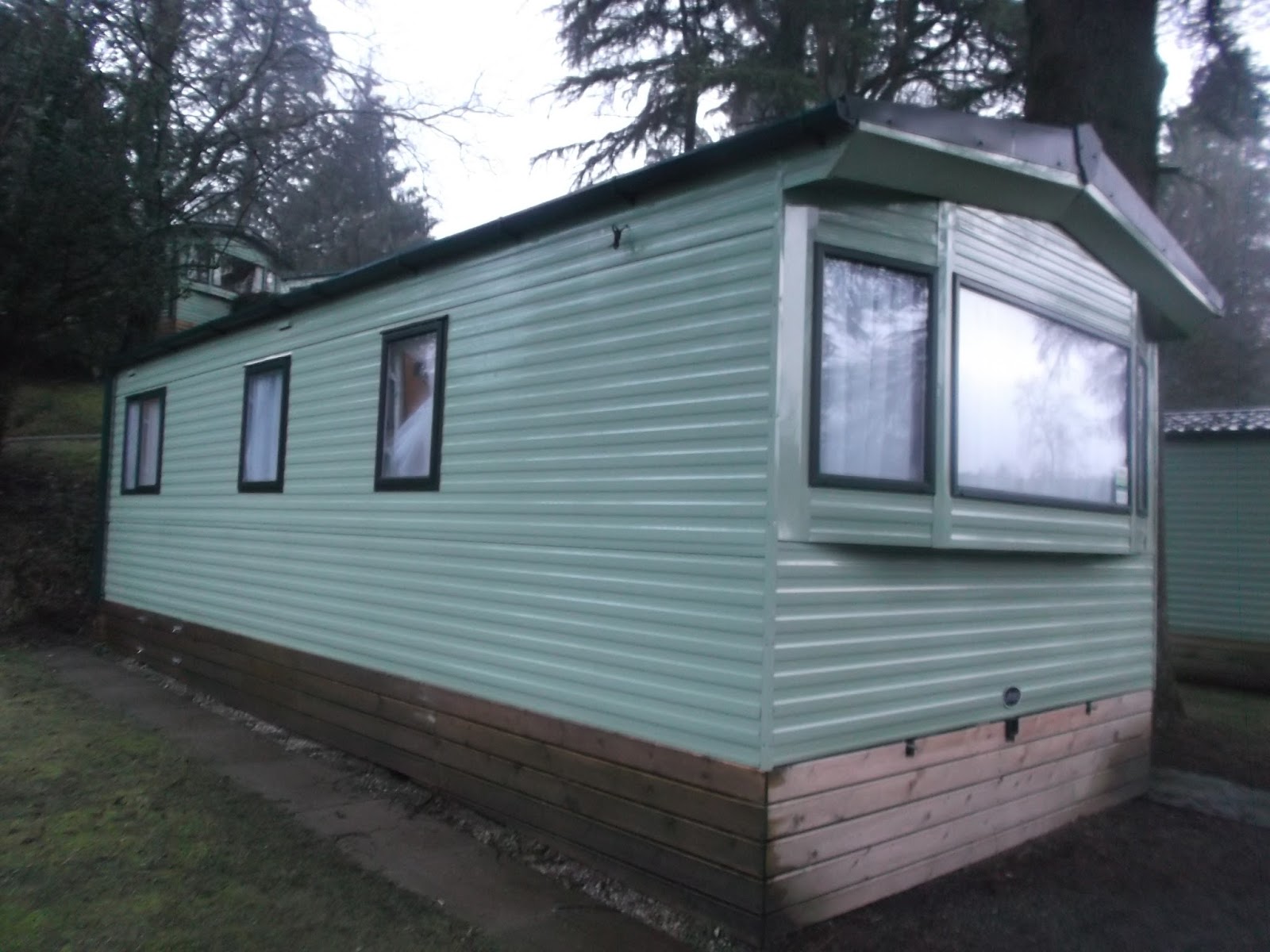 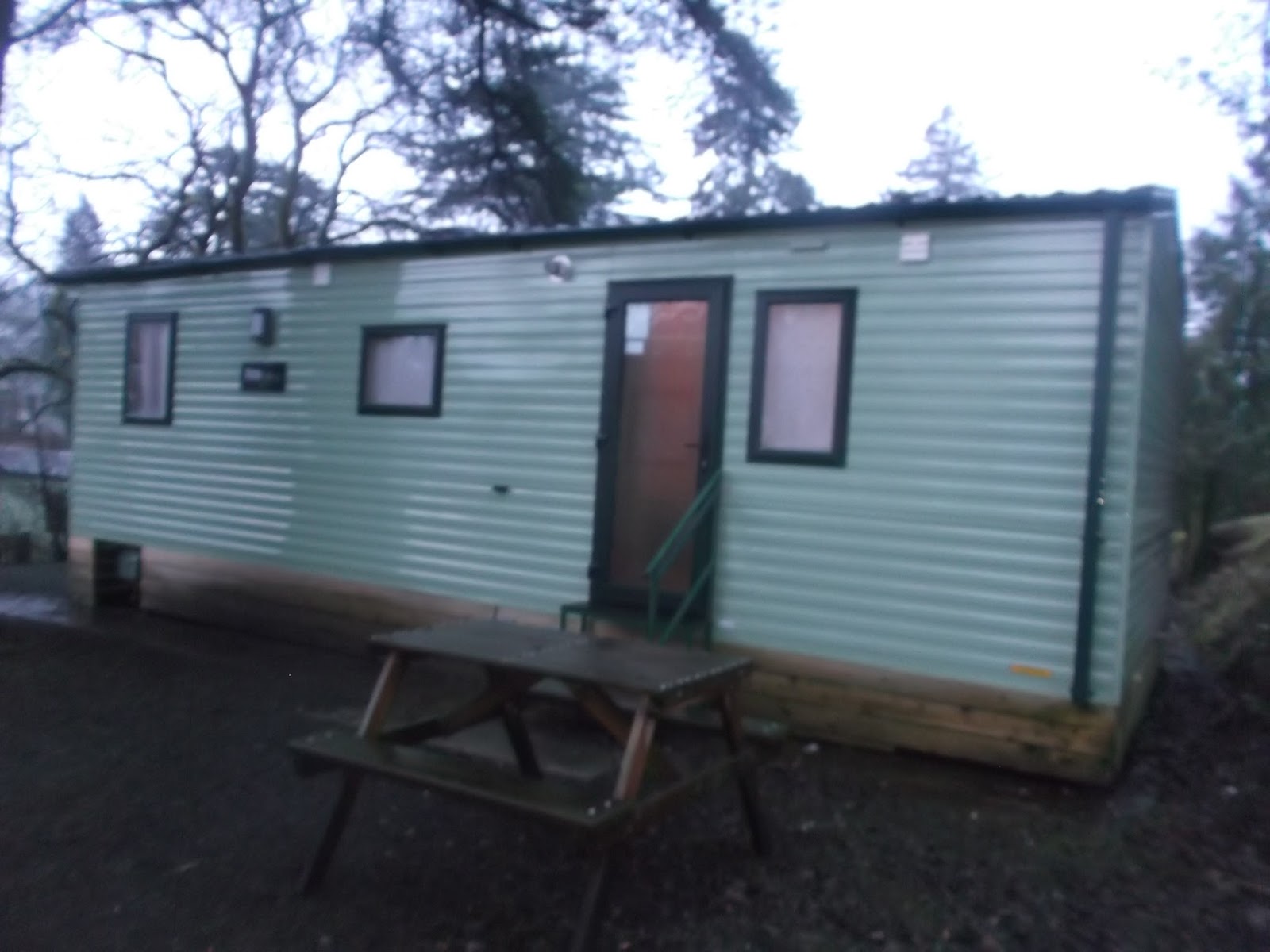 Check in was painless and we were able to find our caravan relatively easily.  When we did it was lovely, it was clean and tidy , modern with far more than we expected,  We had packed our own towels only to find them supplied alongside soaps, a toilet roll and a selection of tea, coffee, sugar and milk and a dishcloth (we even found ice cubes just as we were leaving). 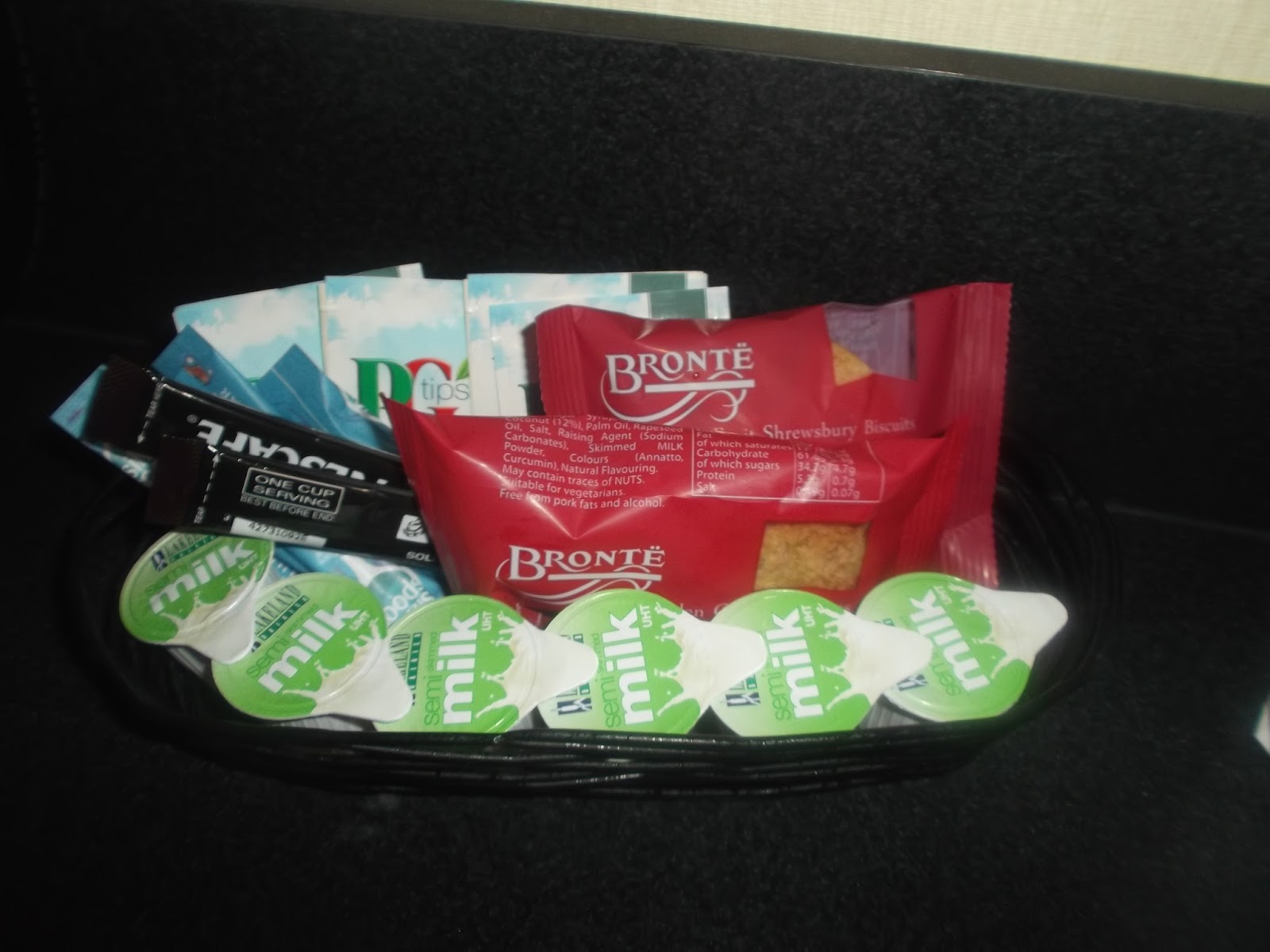 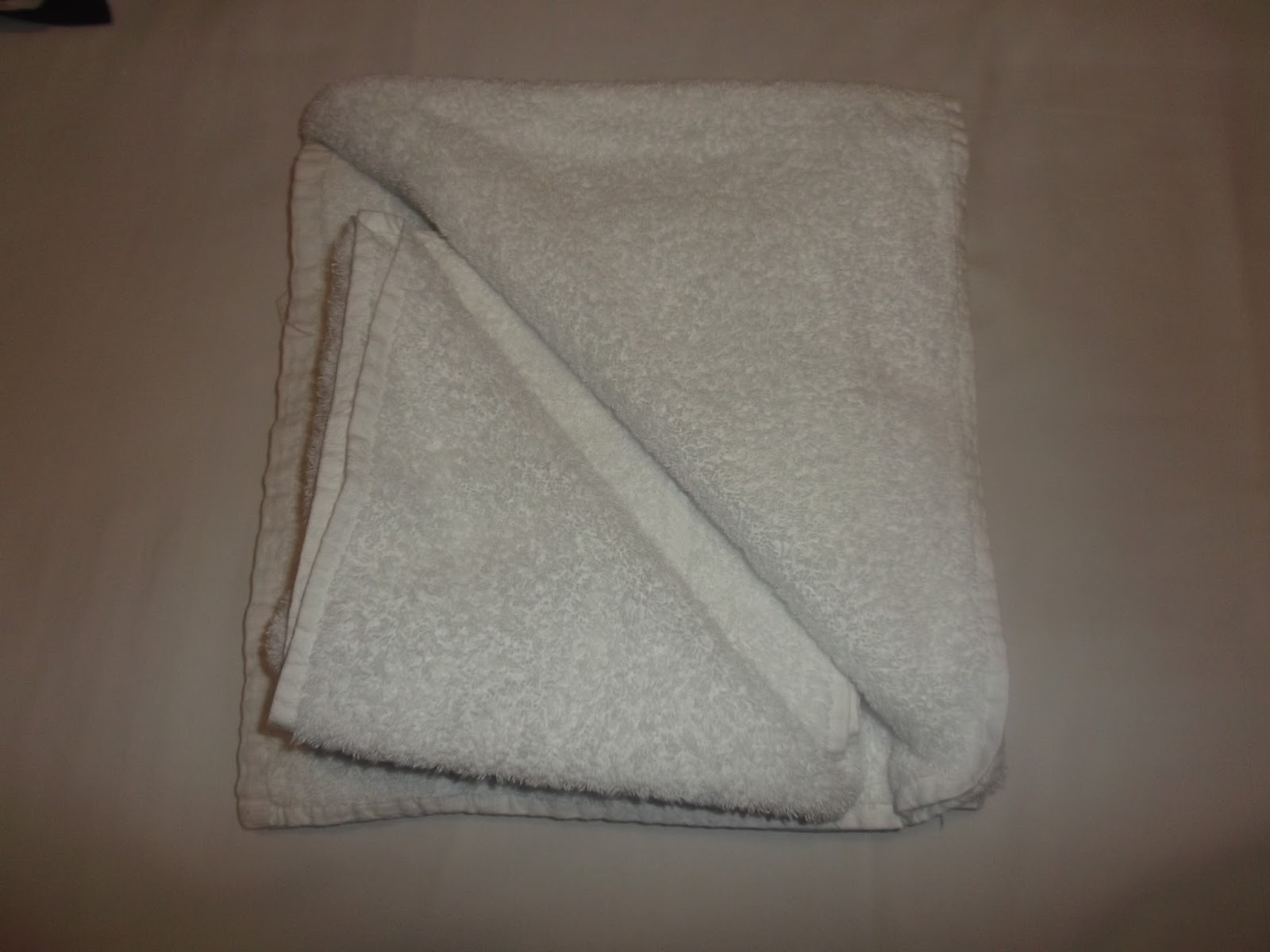 It was well equipped with a selection of baking trays, saucepans, mixing bowls, oven dishes, cutlery, utensils and crockery.  It had an oven, grill and hob where the ignition worked (the first I've ever found), fridge and microwave.  The TV had a few select Freeview channels as well as an unexpected DVD player (but nowhere to buy or rent any DVD's).

We were given 2 free Wi-Fi passes which would have been useful, had we been able to get signal in the caravan....it was very intermittent.

It's worth noting that in the Silver Caravans (which we stayed in) there is a shower but no bath, a fire and heating in all rooms.  Unfortunately for us the shower head only stayed up when propped with a shampoo bottle and the heating element of the fire only worked for 5 minutes a day before it cut out.   We would have reported this to reception except it was only open 9-5 (when we were out) and didn't really feel they constituted ringing the 'emergency out of hours' number.  We mentioned it on departure but the receptionist didn't seem to be concerned. 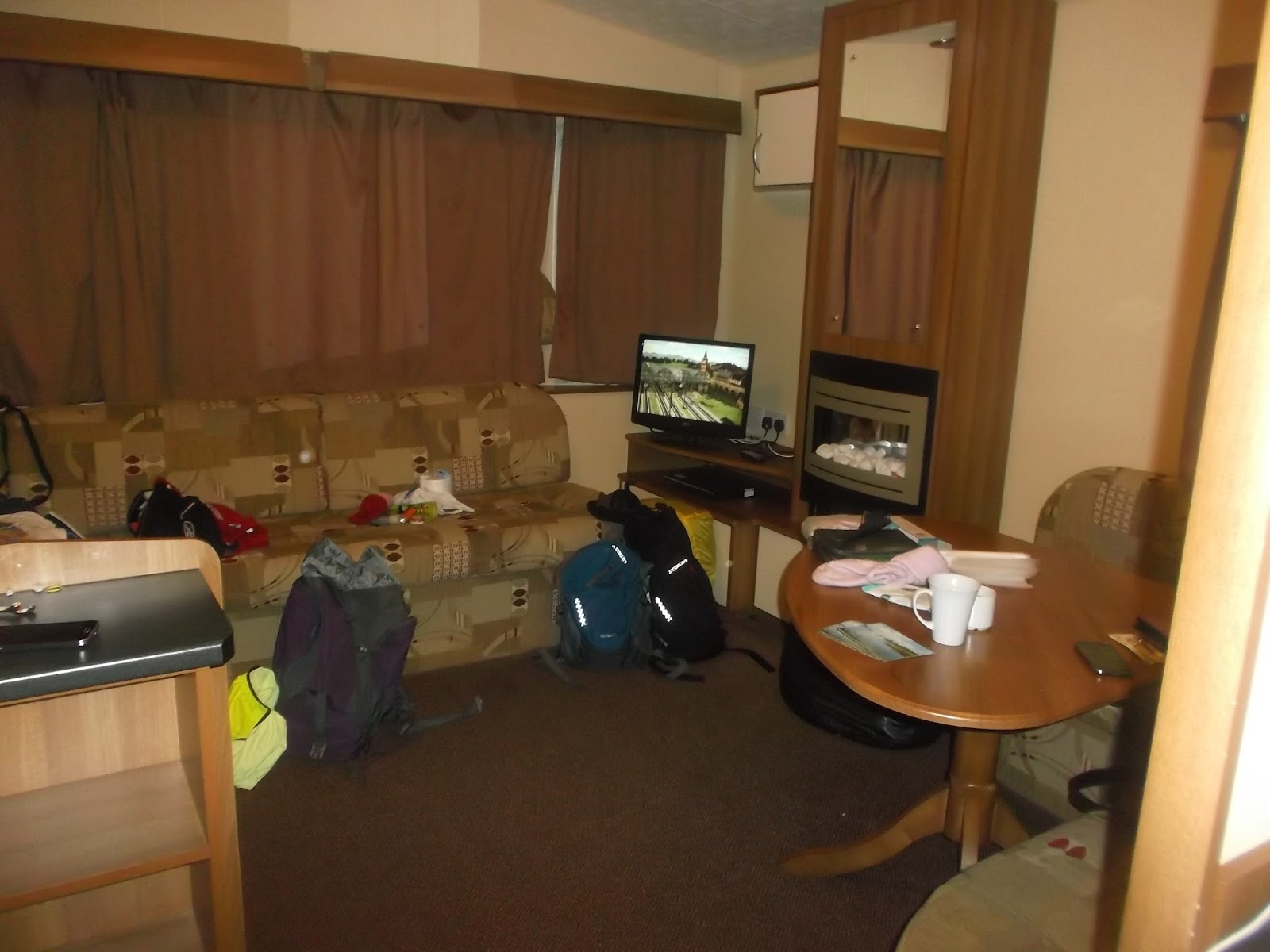 The bedrooms had plenty of storage and were spacious enough, the beds really comfy with crisp white linen and fluffy pillows. 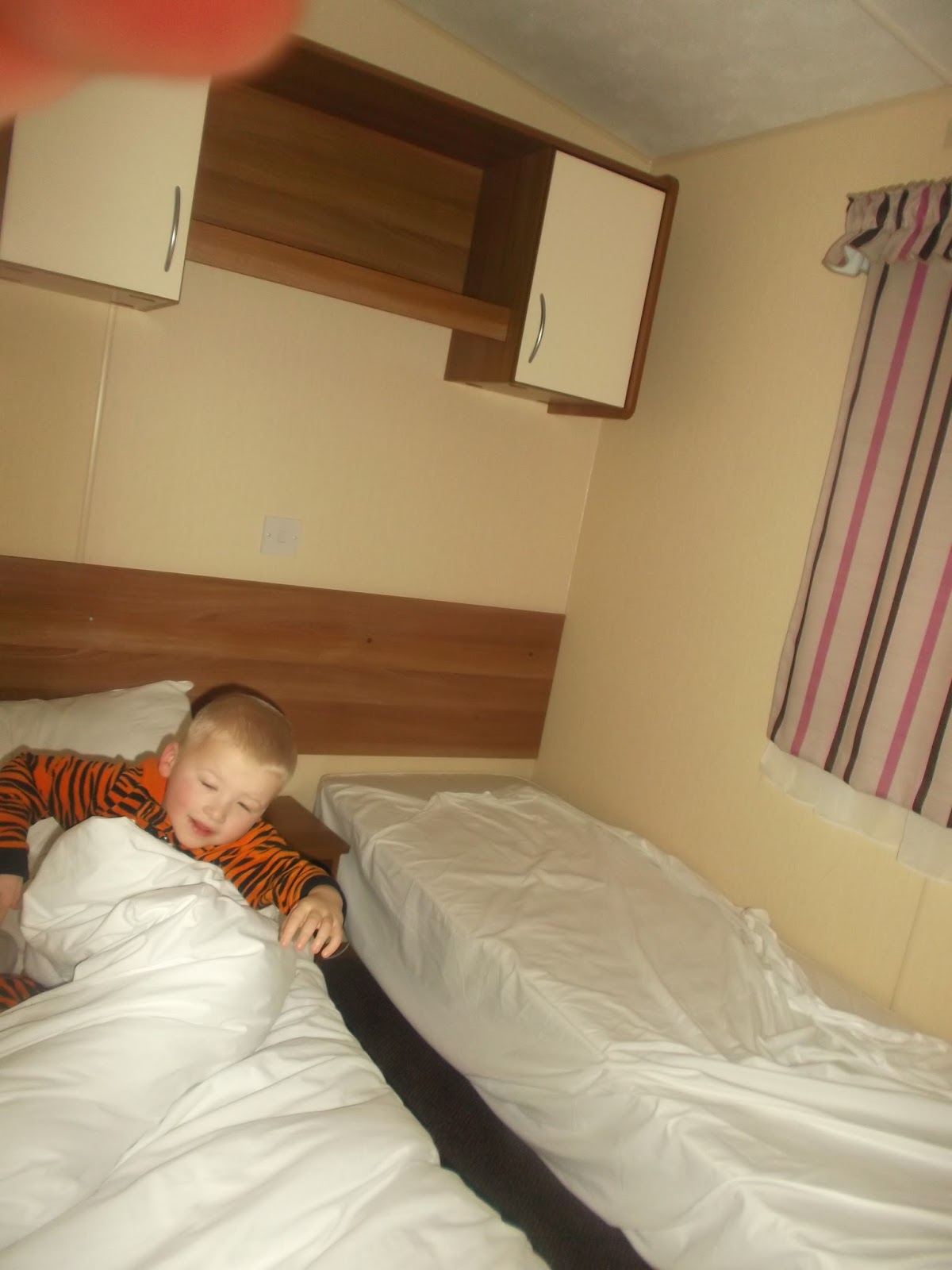 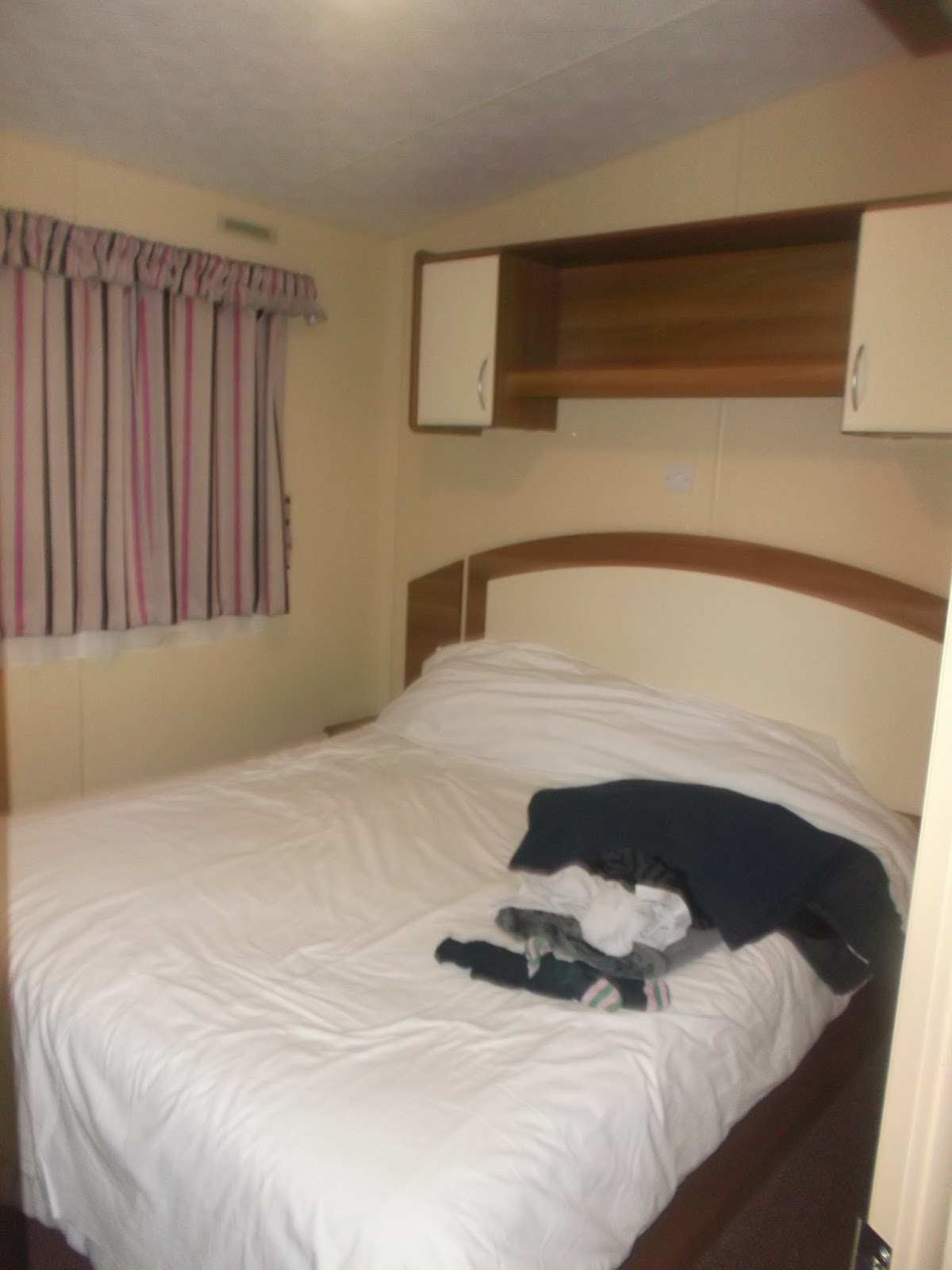 Fallbarrow is one of the few 12 month season holiday parks and, according to their website, may have "limited facilities" in the "off season" (January- March).  I was happy with limited, assuming this meant 'some' having stayed at other Park Resorts before in high season.  Unfortunately what we paid for was .... a caravan in the middle of a building site with a pub.

I was aware Fallbarrow was a tranquil park, I like this, there's nothing worse then people not supervising their own children and having them running around shouting all the time.  In fact I would expect it to be quiet and serene given it's location, however with it now falling under the Park Resorts umbrella you do expect it to have some element of 'holiday' (at least in the evenings), unfortunately not in 'off season', in fact it may as well have been closed.

We're not ones to stay around a caravan park for daytime entertainment, we prefer to go out and explore the area (after all if we wanted to sit in all day we could stay at home).  The kids don't go to the clubs and although a swimming pool is nice we're never around when it's open so the fact Fallbarrrow didn't offer these didn't bother us.  A shop is always handy to have on site but with a Tesco just up the road the fact the shop was closed didn't affect us either.  I certainly didn't miss the Deli or the Tapas Restaurant (also both closed).

There was a menu in the caravan for the main on-site restaurant/ takeaway, but it was quite expensive.

Fallbarrow does have amusements .......... but they were closed, as was the games room.  They had put a snooker table in the bar along with a darts board with signs stating over 18s only.  We were able to get a couple of games in on the pool table on the last night.  These are the reasons we choose holiday parks over hotels.  We all missed the amusements and a club in the evenings (not Bingo.. we certainly didn't miss Bingo), somewhere for the kids to burn off energy given the British weather meant the playground was out of bounds. 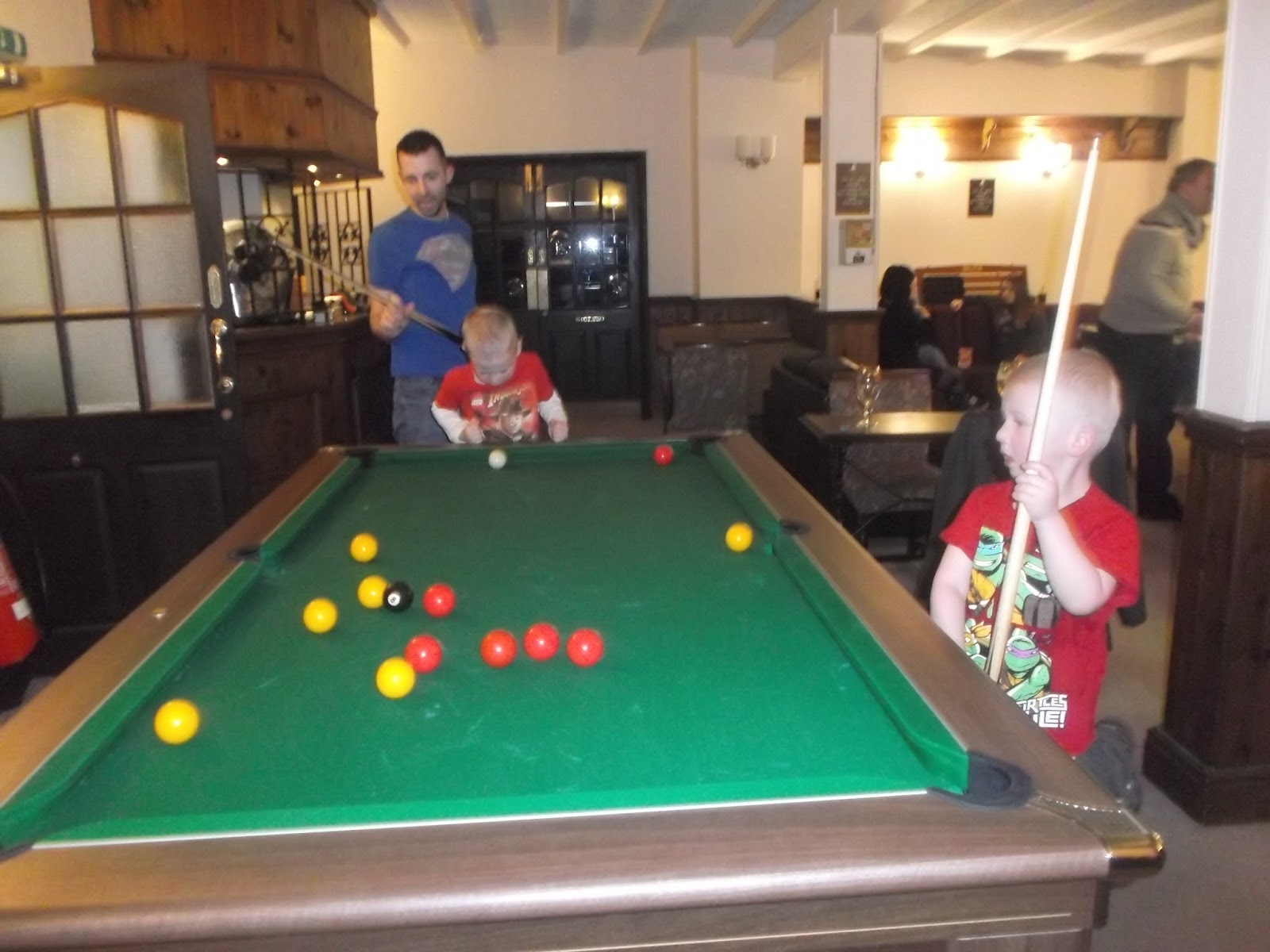 The music in the bar area was a sound system which apparently home owners were able to go and change to anything they wanted.  The boys made their own entertainment by dancing over the stage and small dance floor area.  However I kept feeling the need to have to tell them to 'calm down' as it didn't feel very child friendly. 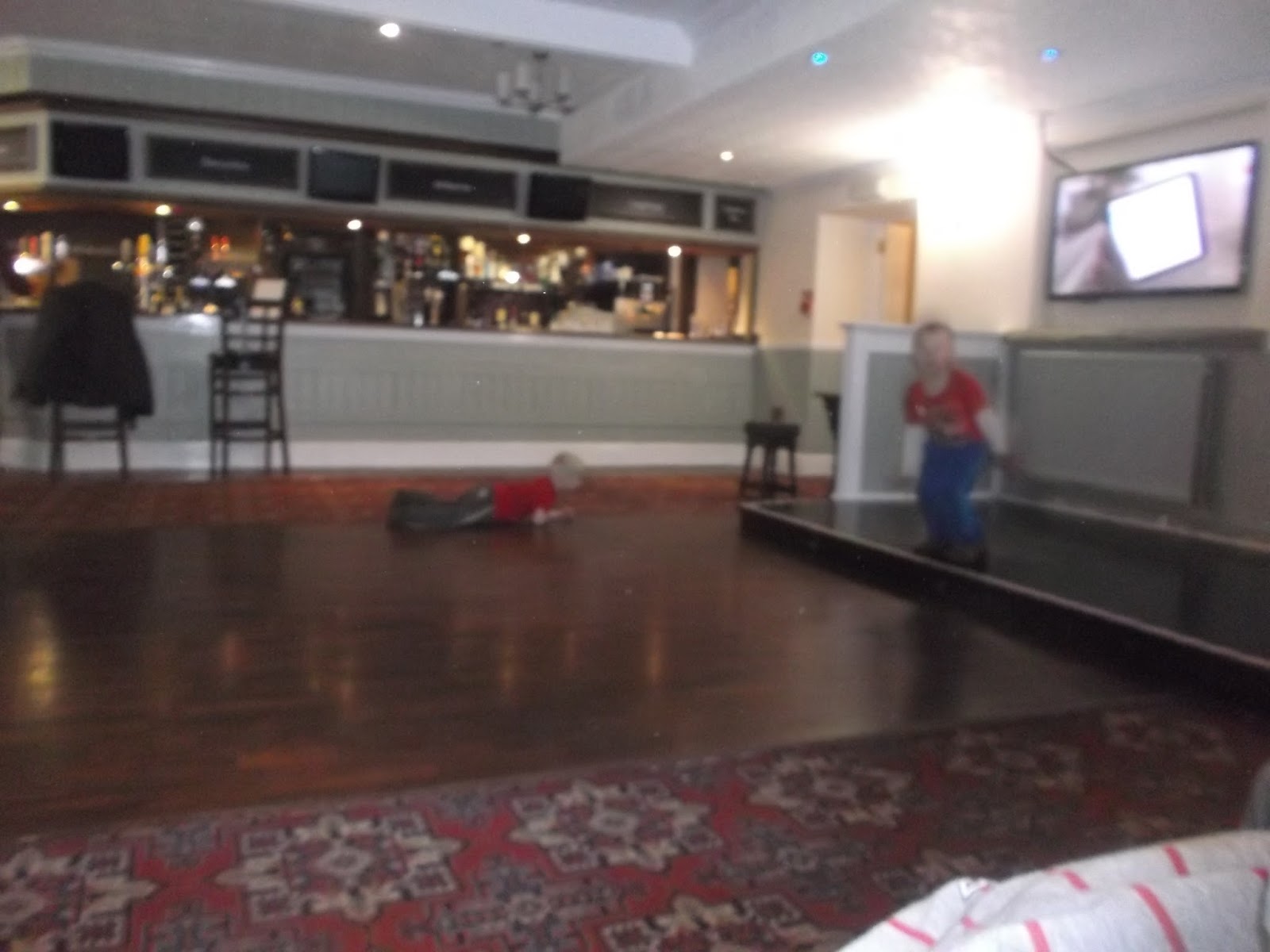 The site itself (that we saw of it) was lovely.  It had a great little marina area where the boys could throw stones into the water and was very peaceful.  But again it was out of season and had very few people staying.  It could be completely different in the height of summer.

3 nights (Friday - Monday) in February was priced at £274 for a Silver Caravan, however we received a 50% off code from our Family Railcard and I was able to bring this down to just £137.  For what we got I cannot complain at £137, had we paid full price my view would be entirely different.

If the park was to improve and become more like the Park Resorts chain then we have said we'd consider returning, it's a lovely location and convenient for exploring the lake district, however it would have to improve it's facilities and become more child-friendly as they are currently asking £449 to stay in August for 3 nights which is far from good value.
Posted by Scouting Mummy at 14:00