We've been pulling our hair out with Ben (7) last Summer.  He decided he was too old for his stabilisers but trying to teach him to ride without was frustrating us as much as him.  We tried everything recommended; holding his shoulders, holding the saddle, holding handlebars ... we bought a balance bar but still we had tears and tantrums every time we let go and he wobbled.

His confidence, it's safe to say, was pretty shattered.  So when we are asked if we wanted to try the BikyBiky Kids Cycle Harness I thought, why not.  Things can only get better. 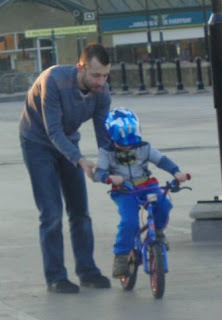 The BikyBiky Child Safety Harness was designed in The Netherlands and has been tried & tested by thousands of parents over the last 10 years.  It is an ergonomically designed jacket, the waist belt is doubly secured with very strong velcro strips as well as a safety belt with quick release safety clip meaning it won't open accidentally.  Its soft to touch materials and padding makes it fit comfortably while the handle is padded for you to support your child while you help them find their own balance on a bike.

The harness is designed for the parent to walk (or run), in an upright position, alongside their cycling child by holding onto the handle on the back of the vest.  In the event of any major wobbles or incidents you can simply lift up your child safely preventing any painful scrapes and falls and avoid getting tangled up with the bike. It's designed to hold a weight of up to 50kg or 7½ stone. 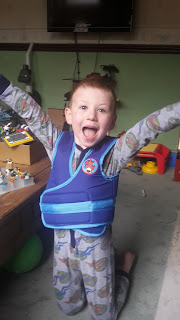 We've not had much time to try it out (despite having it for a month now) thanks to the great British weather, only making it outside for 10 minutes before Ben decided he was too cold to carry on (kids!).  I could tell tho in these 10 minutes that not only was he more confident wearing the harness but I found it soo much easier too.  With the bar I was, subconsciously, trying to keep him upright whereas now it's a case of holding on and steadying when needed.  I let go once and he managed a couple of peddles which is a huge breakthrough in my eyes.   I can't wait for the warmer weather when we can head to the park and give the BikyBiky harness a real run for it's money.

As for the colour and design Ben loves it and wears it whenever he can!  They come in 4 different colours in the UK and Ireland, blue, pink, green and purple. 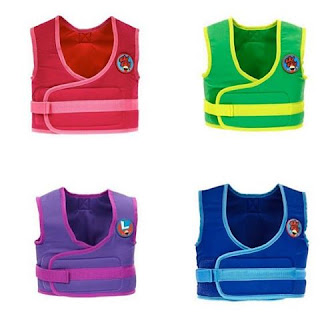 If your kids are like mine they love an Ice Cream at the park which invariably ends up covering them?  Not to worry, the BikyBiky Kids Cycle Harness is machine washable at 30°C!

To find out more, or purchase one for yourself (RRP: £24.95) visit one of their social media channels.

Disclaimer:  We were sent a BikyBiky Kids Cycle Harness free of charge to try and review.  The review is our honest opinion.