A month ago I wrote about finding some swaps for our Beaver Postcard Swap to mark 30 years of Beavers being recognised in Scouting.  You can find it here.  As part of this I mentioned that Stress Free Printing were doing us a huge favour and printing our postcards free of charge, as a charity (not many people know that) this meant a lot to us as stamps alone will be setting us back a few quid (around £20 by my estimate as some are going overseas).

Not only did they print them by Kev couldn't have been more helpful.  We knew from the outset that we wanted to design our own postcard showing all the fun things our colony do,  I'm used to doing all this online but with Stress Free Print you send them your design.  I decided to use Publisher to create our design in but when I sent them the image they let me know that it wouldn't have made a good postcard as it wasn't a high enough resolution.  Fortunately Kev was on hand to let me know which programme they use (yes, if you send them your images they will put them together for you!) and kept checking that I was ok and whether I needed any more support to create the design.  It was like having my own consultant, and a virtual kick up the bum :)

There are plenty of Christmas websites where you can ask Santa to send your children a letter, this year Santa contacted me and asked us to return to the Lapland Mailroom, after last year I couldn't say no. 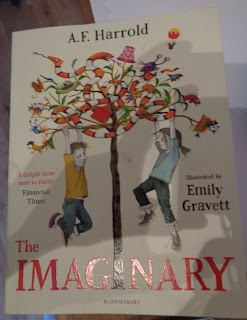 This has become another tradition in our house. We've gathered books as we go along and add new ones each year. 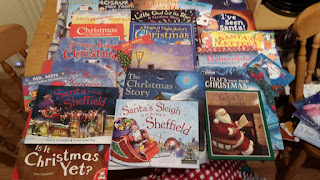 Every day in December the kids open a parcel and we share that book.

Read more »
Posted by Scouting Mummy at 10:30 No comments: