Followers will know already, we don't own a car, Everything we do, everywhere we go is reliant on public transport;  bus,  tram sometimes train and very occasionally taxi.  What I hear and see on these journeys sometimes make me laugh,  cry or cringe. ... With this new blog series I'd like to share some of those experiences with you.

Today's gem of wisdom came from a school girl on the Tram .....

What was this she was discussing with her friend?  Where best to apply her makeup of course!

Ben loves Fish and Chip Friday at school.  Sometimes it's fillets, sometimes fingers but you can
guarantee one thing - I bet it's not Fresh.  You just can't beat the taste of fish shop fish at the seaside can you? 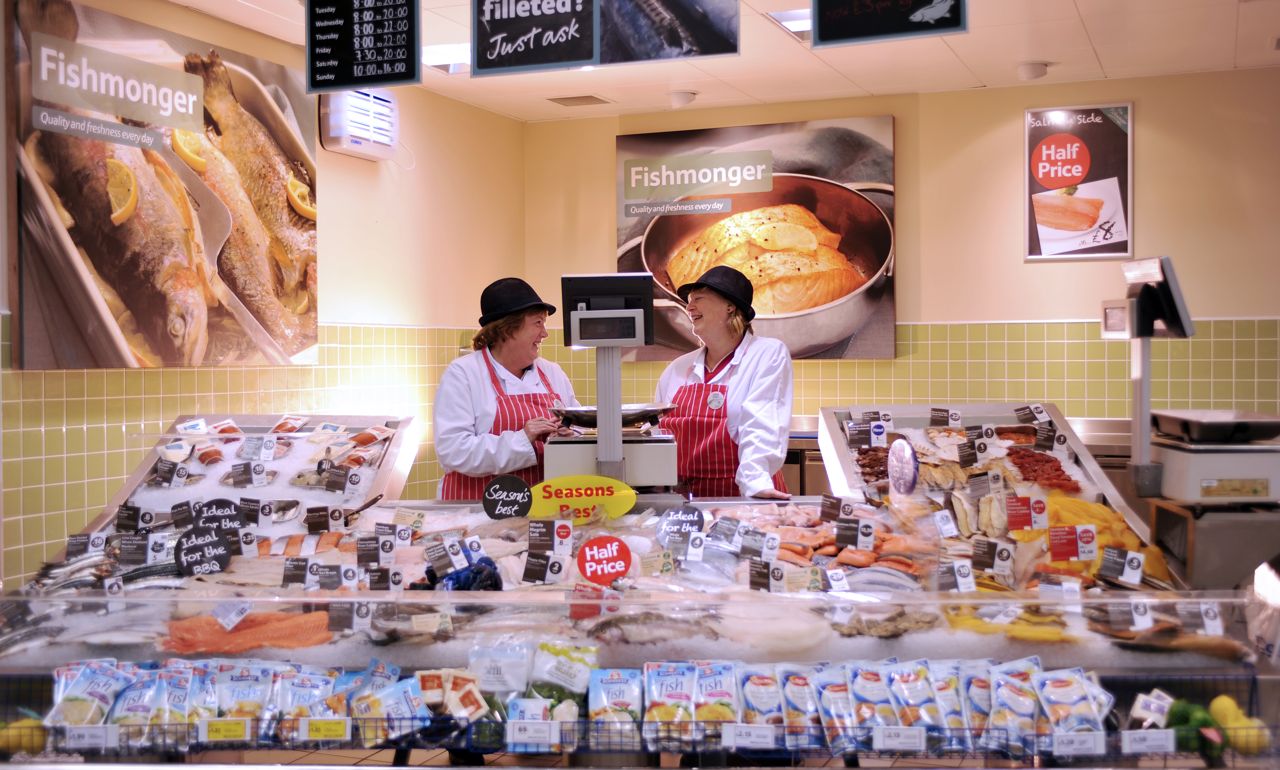 Or so I thought.

We rarely buy 'real' fish at home anymore due to the cost.  I used to love fresh plaice fillets with a jacket potato (in fact it's one of the things I cooked many years ago in GCSE food technology) but when you are working to a budget and weighing up the cost of a small piece of fresh fish vs a bag of frozen portions it's a no-brainer.  I was really excited then when Tesco, the 2014 Meat and Fish Retailer of the Year Award,  asked us to try their range of fresh fish as part of the 'orchard food' panel.

We love old school type desserts and this week I had real cravings for Toffee Cream Tart ...... so I made one.

I am the worlds worst pastry chef so I kinda help myself along a bit and buy a pre-made pastry case.  If you are making your own then you'll need to find this part of the recipe as I've not included it.  These instructions are only for the Toffee Cream filling.

Read more »
Posted by Scouting Mummy at 14:32 No comments:

It's been a long time (over a year) since we went on a proper holiday.  Yes we had a couple of nights away at a time in a hotel (normally a budget one), we went camping but not a proper 5 nights away in a caravan type of holiday.   And I am suffering withdrawal symptoms.

So I set about looking for something for February half term.  of course with it being February a lot of the caravan sites aren't open and the hotels are pricey but that didn't stop me.
Yes we could have just had a couple of nights somewhere and had a biggie later in the year but who knows what 2015 will bring, and we'd like to get more use out of our tent this year (and maybe get a bigger one) so hopefully as weather improves we'll use that for our time away.

Hubby's work are a nightmare when it comes to signing off holiday and only agreed this weekend he could have the time off - but the Friday/ Sat/ Sun at the beginning not the end.

The next question was where to go.  Initially I wanted to go to London but the outlay on that was extortionate so I sulked.  I spent 2 days sulkily trawling the Internet and asking twitter for some inspiration.... then it struck.

We still have hubby's families Christmas presents here (don't ask) so lets kill 2 birds with 1 stone and go see them (but not for too long)..... that means a road trip to the Lake District (we've not been up there in about 2 years) and a trip to my old uni haunts and see how much everything has changed in 10 years.


I bring you quick and easy Tortilla Pizzas that the kids can help make themselves.

Read more »
Posted by Scouting Mummy at 15:15 No comments:

Merlin Passes - are they worth it? 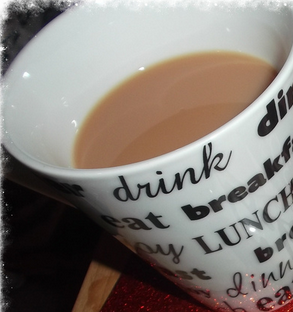 After trying to ignore them and go back to bed (like any good mum) I gave up and eventually got up.

I went downstairs and made myself a cup of tea.

Flashback Friday - Look and Read (part 1): Through The Dragon's Eye.

I was going through the bookcase last weekend to work out what to read in our Chapter Book Challenge when I uncovered my old copy of Through the Dragon's Eye.  Slightly battered and every bit it's 23 years old but there none the less to enjoy with my kids,  But it wasn't the book that sparked my love of Through the Dragons Eye (tho at least I couldn't see scary Charn in text) but the TV
series,  The 10 x 20 minute episodes of Look and Read, shown in the Music Room when I was in Primary School.

Once a week we would file into the little room, sit cross legged on the carpet and eagerly await the tales from Pelamar on our BBC VHS (not live as I was only 7 when it first aired in 1989 and I am sure it was the juniors, possibly year 6 when we watched it).  My teacher always brought the teachers notes in with her, a folder of activity and helpful hints for the 'working out' elements.  Not that I can ever remember her opening and using them.  Thanks to YouTube I can now share the enjoyment with my 2 boys

what happens when Lush get their labelling wrong??

I was soo excited, hubby had bought me some Lush goodies for Christmas.  Still being a novice I don't know their products inside out and, like I assume you would, follow the instructions on the packets when using.

So tonight, after a hectic day at work and needing to relax, I got one out of it's packet.  The instructions told me to "crumble half a bar under a running tap to enjoy a mountain of uplifting bubbles"  (it also told me it was orange and zesty but my brain didn't link that the product I had in my hand was not orangy). 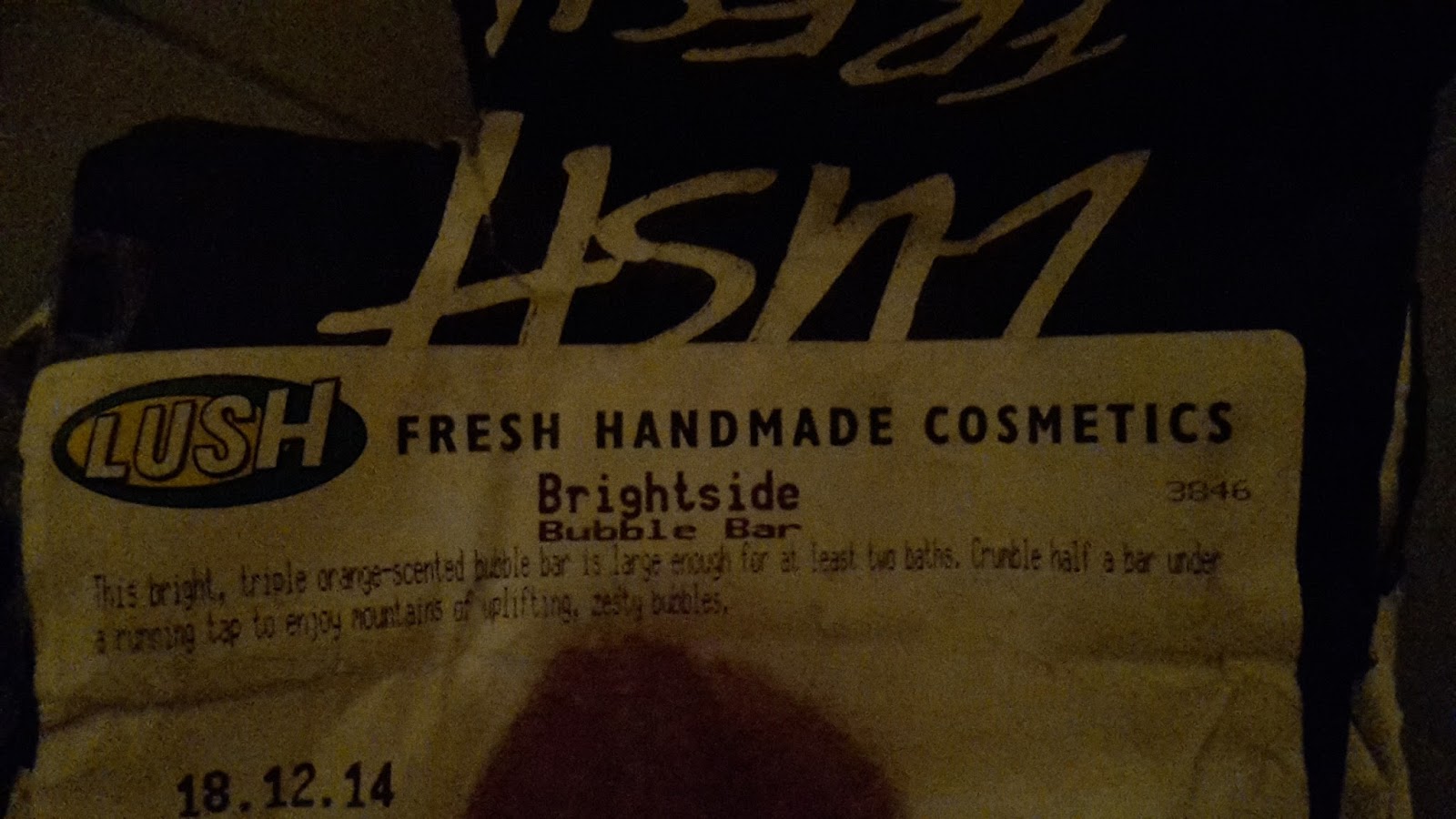 Read more »
Posted by Scouting Mummy at 20:09 No comments:

I have decided to make better use of my Bookspot tab so am going to keep my ongoing list of what is on (and off) my bookshelf here.

I have my favourite authors with books I've still to read and kept a few extras that I might read, but otherwise I'm going to try and sell or swap them.... so if you fancy taking a look..... 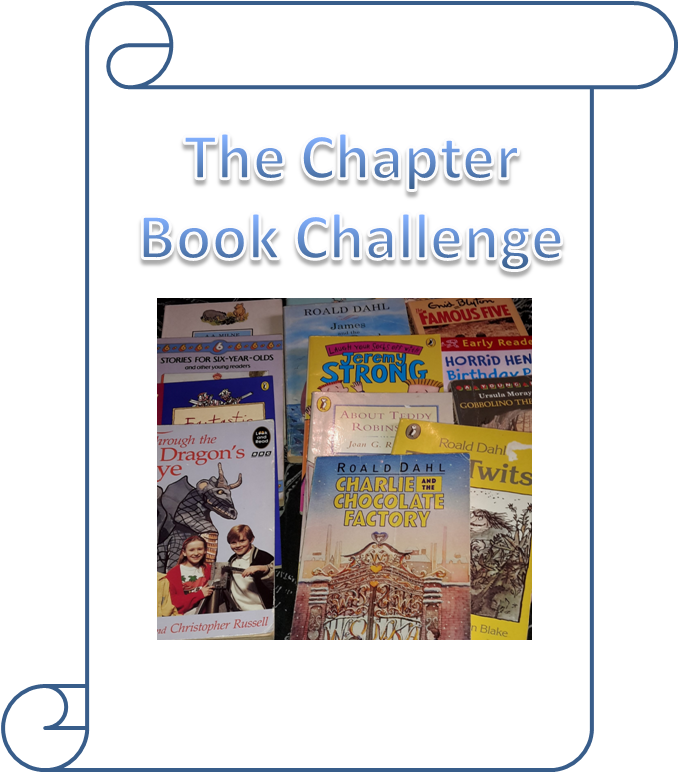 Last year we really enjoyed joining in with Child-Led Chaos' 300 Picture Book Challenge, it really made us think about just how much we were reading.  However it took a long time to keep track of everything and. as you will have noticed, we forgot to record it quite a bit.

This year the boys are a bit older and we are moving onto bigger books, that's not to say we won't be reading Thomas, Topsy and Tim, Elmer, Puddle Lane and all our other favourites (Noah is still only 3 after all) but it does mean we can crack on with some of out Chapter (or books with lots of various stories in) books.

My aim is to read at least 26 of these with the boys, initially I was going for 52 but that's pushing it a bit as quite a few would take longer then a week to read.
I've made a start with the list from those that are already on our shelves but it's not complete yet as I want to leave room for ones they might choose themselves or ones we may encounter on our journey this year.

Ermmm I'm not entirely sure what happened to November, for some reason I have not logged any books.  We did read I promise you but I have absolutely no idea What or How Many!!

December I introduced the Book Advent Calendar.  1 (or 2) books with a Christmas theme wrapped up and under the tree for the boys to find and read every day.

Read more »
Posted by Scouting Mummy at 09:50 No comments: