Ben is absolutely Lego obsessed - the PS3 games, the toy itself and the latest addition to his set the Creationary game.... last year we took him to the 'real Legoland' in Windsor (Grandma's treat) and a fantastic time was had by all.  This year (thanks to Tesco Clubcard) we decided to take him and his little brother to the Legoland Discovery Centre in Manchester staying in a local Premier Inn next to the Trafford Centre on the Friday night beforehand.


I was rather dubious about this as have read some very mixed reviews, however while Noah was still young enough to get in free and with 2 'free' tickets from Tesco Clubcard this only left Ben's to get (£12 when booked online).  This ticket also guaranteed us 'Priority Entry'

Anticipating it being very busy with it being a Saturday and the first day of their Spooky "Brick or Treat" theme we though that booking our slot was a brilliant idea and went for 10am.  This was on the basis that we could spend as much of the day there as we wanted and would therefore be better value for money.
It would appear that Priority Booking is pretty pointless at this hour of the morning!  When we arrived there was a very long queue already forming which we joined.  When the doors were opened (late) we split into the 2 queues - 'priority' and 'normal'.  I can only assume the people at the front of the priority queue had a problem as we watched many other people entering from the other queue before we even got to the front.


Ben spotted the activity packs and wanted one so we got them both one as a treat.  These were fun as they had to collect the different stamps from the various stations as they went around the centre.


The first stop was the dutiful money spinner the 'photo'.... which Noah never stays still long enough for and because they are trying to hurry through as many people as possible do not re-take.  You are persuaded to buy these later on in the trip... needless to say we don't. 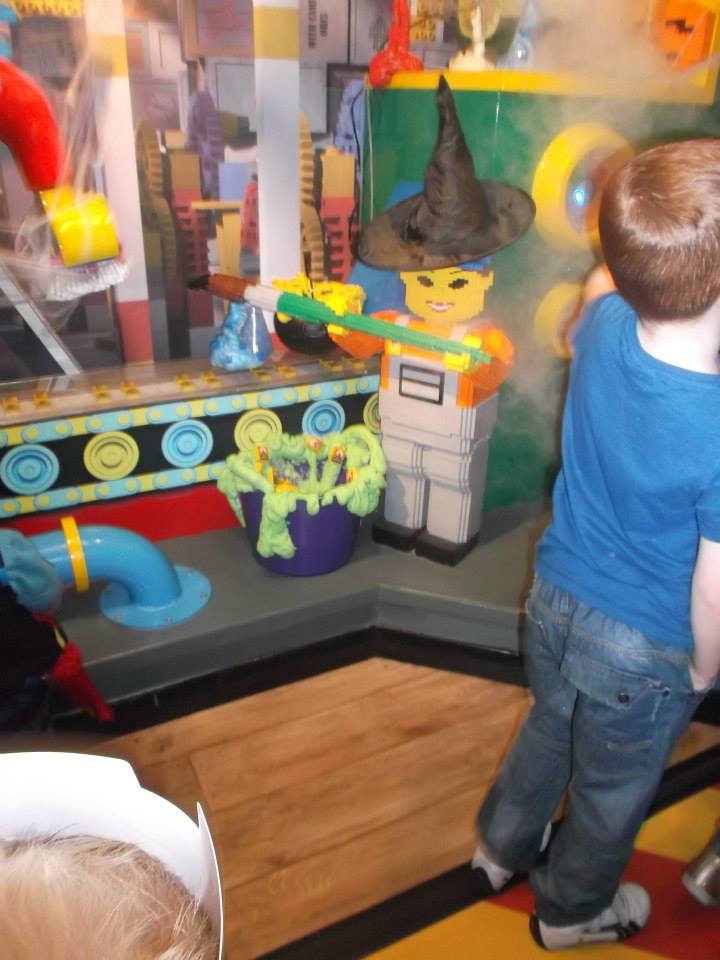 You then wait outside the factory doors for Professor Brick-A-Brack's tour.  With it being Halloween the machines had been broken by ghosts hiding in them.  They children really enjoyed stamping, shouting and turning wheels to rid them and make the brick machine work.   At the end you are rewarded with a Duplo brick that the kids had helped to 'make'. 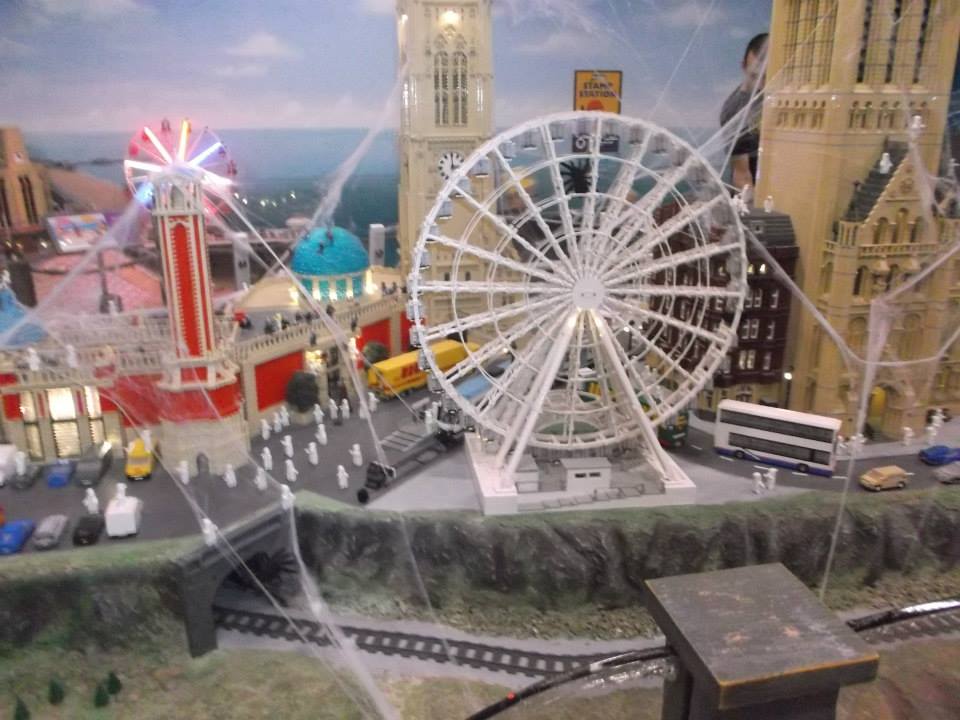 Heading out of the factory you are in Miniland.  The boys loved the fact it switched between day and night and mummy and daddy loved finding all the Landmarks - especially the ones from the Lake District as that's where they met.
The Sheffield ones were great because that's where we live and Blackpool is our favourite holiday destination. 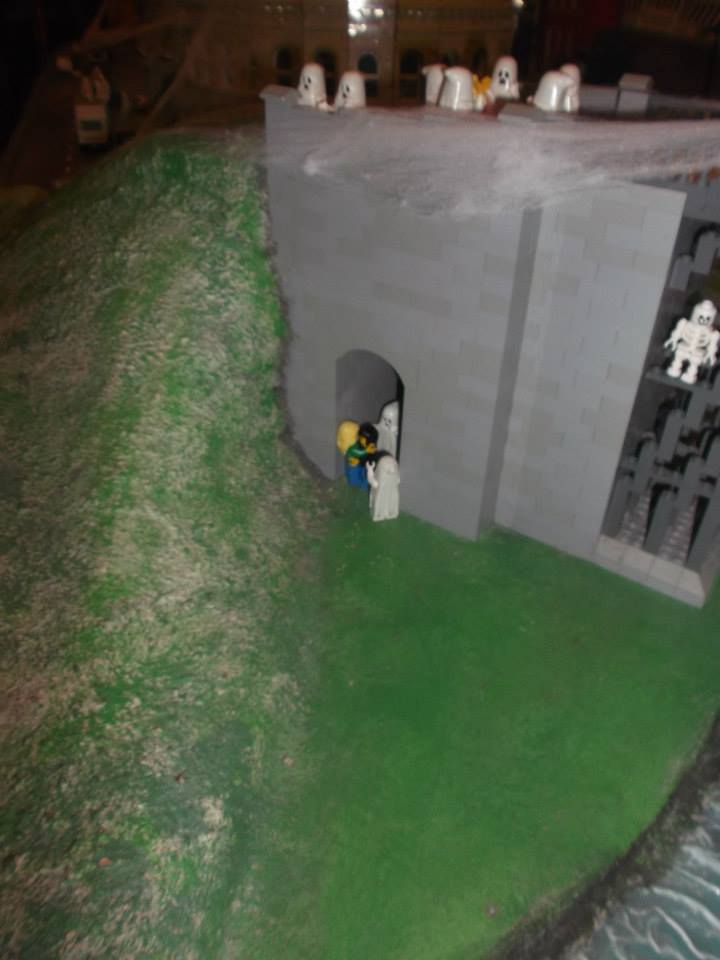 The firework displays were a definite talking point.... as were the 2 mini-figures under the bridge .... our guess is they were hugging cause they are scared of the ghosts ........ aren't they??? 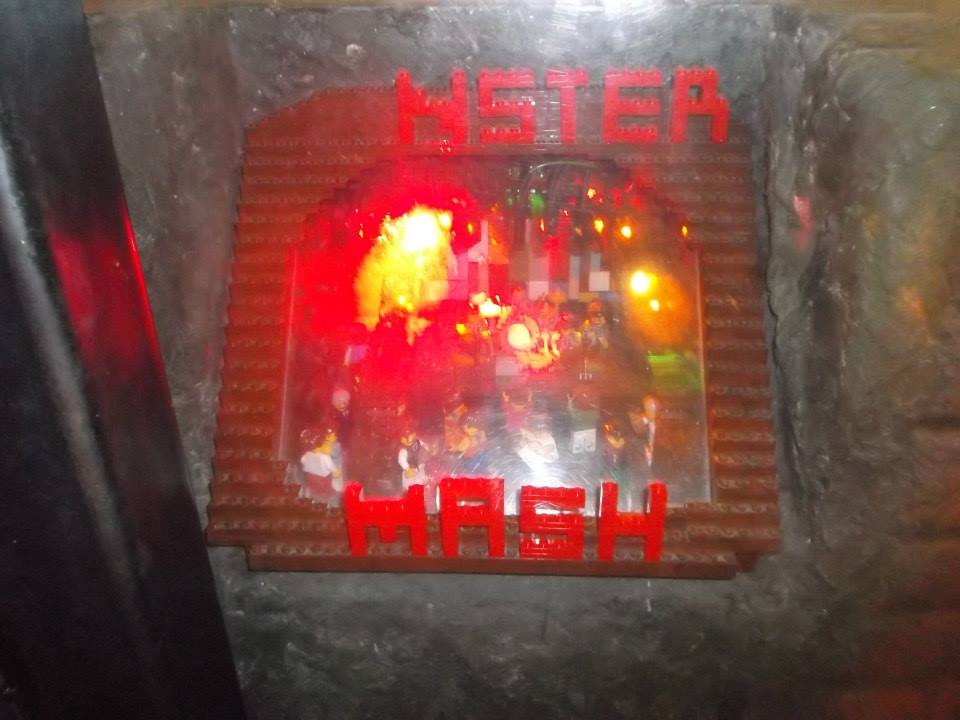 The interactive football and other buttons were a great idea .... tho it took a while for Noah to work out he was making a bell ring.  They need a bit of attention paying to some of the displays in particular the writing on the buttons and the Monster Mash display title .... 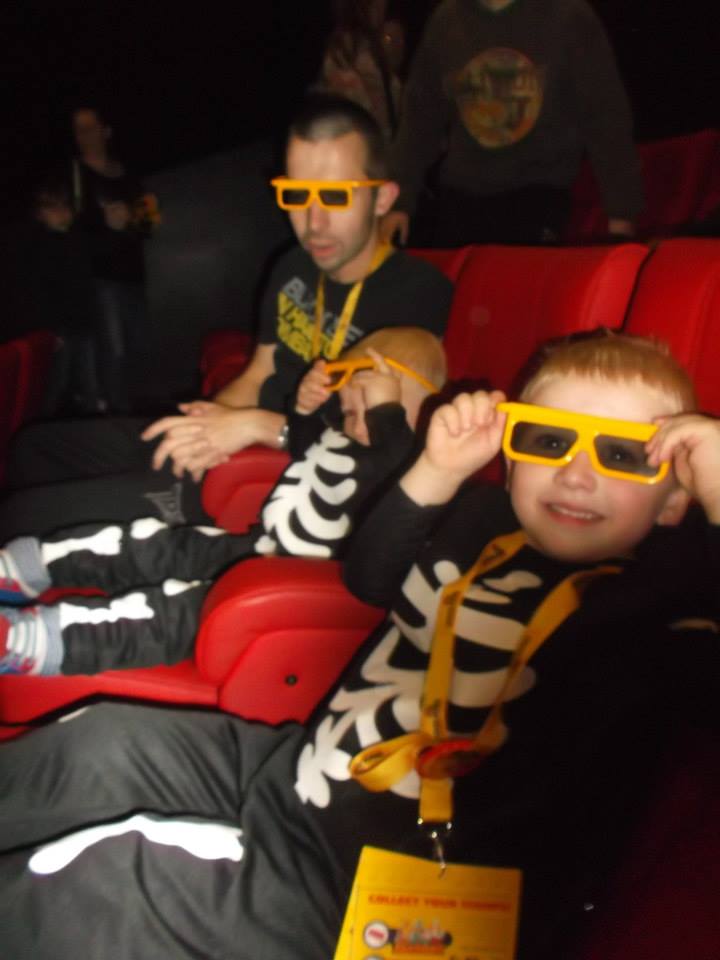 When you leave mini-land you are in the centre of the exhibit.  to your left you have the 4D cinema which was showing Legends of Chima.  As you battle with the elements the screen and characters are bought to life in fantastic 3D.   I have taken the boys to 3D films before but they have never sat as still and interested as they did for this one.    Ben was just disappointed he couldn't keep his special Lego glasses. 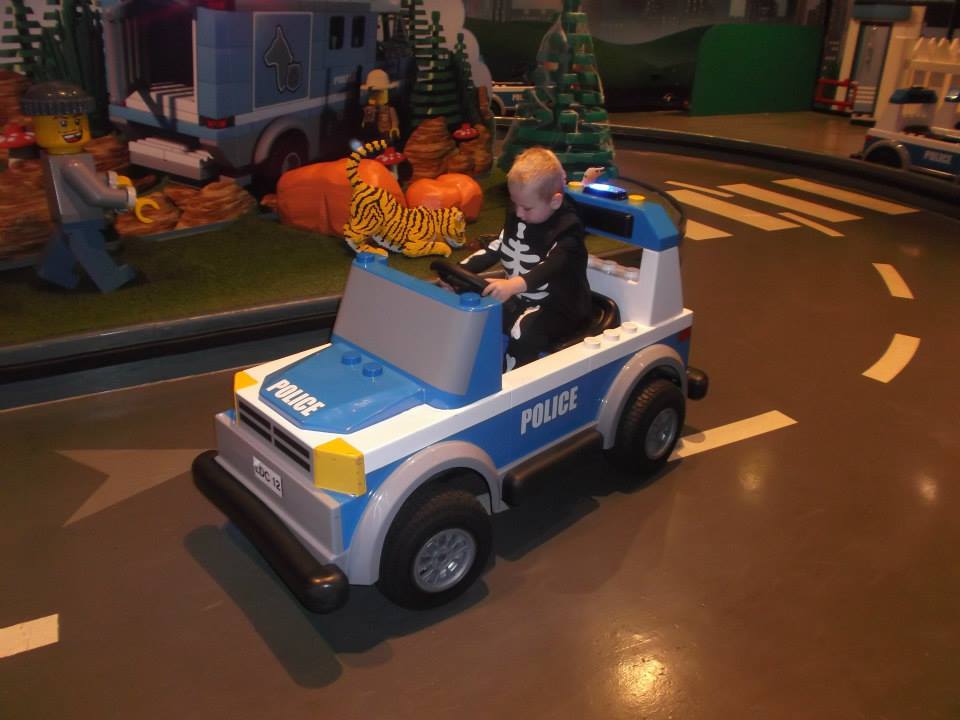 Chase McCain is Ben's most sought after hero (if you discount those of the Super variety) so imagine how please he was that he could BE him.  After a quick lesson in driving off they children set chasing criminals, with Legoland staff on hand to help them if they got stuck.

Merlins Apprentice ride is fun.... but by far is PC gone mad.   I would love to be able to show you a picture but unfortunately you are unable to take camera's on it "in case you drop it".   I did explain this would be my issue and I had successfully taken it on many other rides that were FAR higher off the ground then this allowed but to no avail.
Fortunately Noah was just tall enough to ride at 90cm as he was too small for the Forest Pursuit and there are no other suitable rides which limits younger kids enjoyment.

We didn't find the Kindom Quest Laser Ride unfortunately as I'm sure the boys would have loved it. 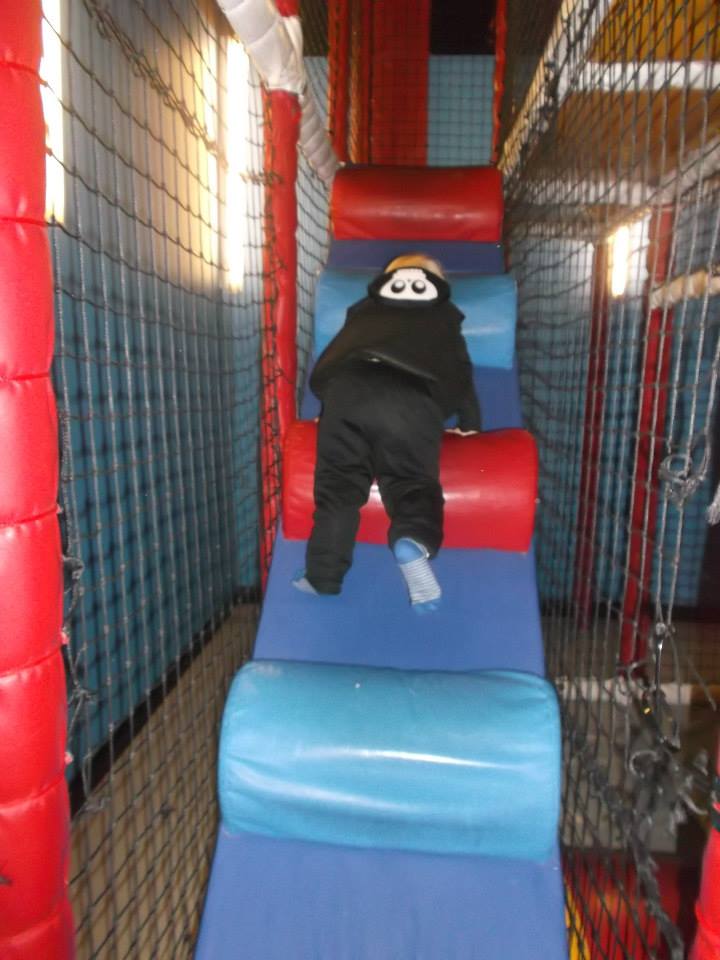 The soft play 'fire acadamy' is again great if you are 5 years old but for anyone smaller mummy or daddy would need to help them quite a lot as there are some high climbs/ drops.  This then faces the issue that the
only slide down is a contained tubular spiral that a parent wouldn't fit down.

There is another soft play within the same location which is supposed to be for the littlies (but I am sure yours are like mine - "if big brother can do it.......").  Noah did love the huge Lego bricks that he found there and built for ages. 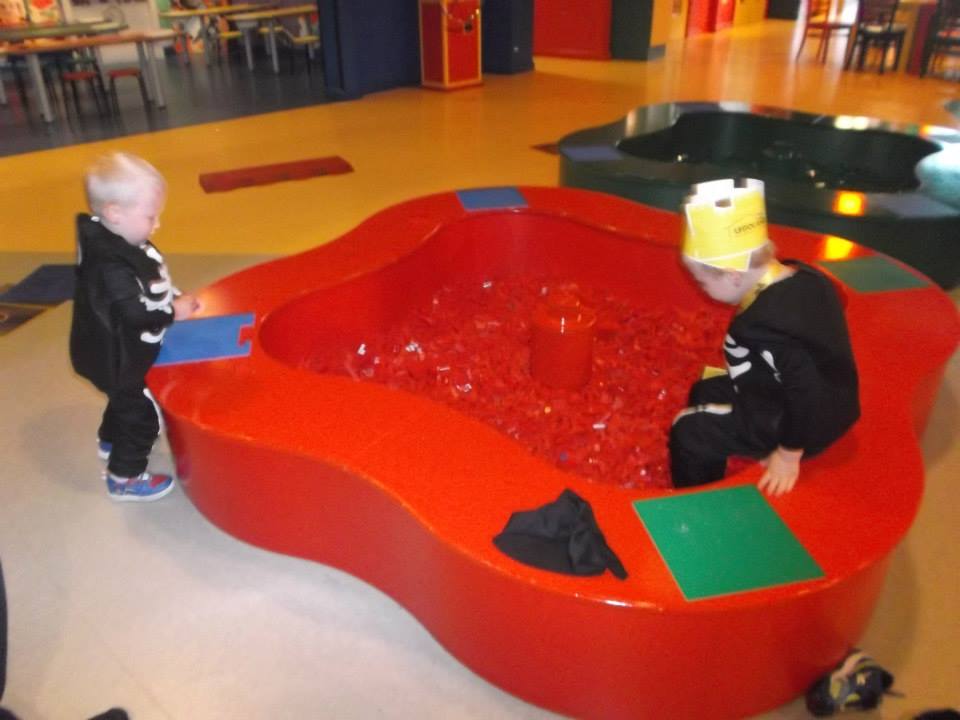 The Lego pools are brilliant.  4 coloured areas full of Lego bricks with build able base plates ... not so great for OCD daddy's who go a little bit mad when someone puts a red brick in the blue box. 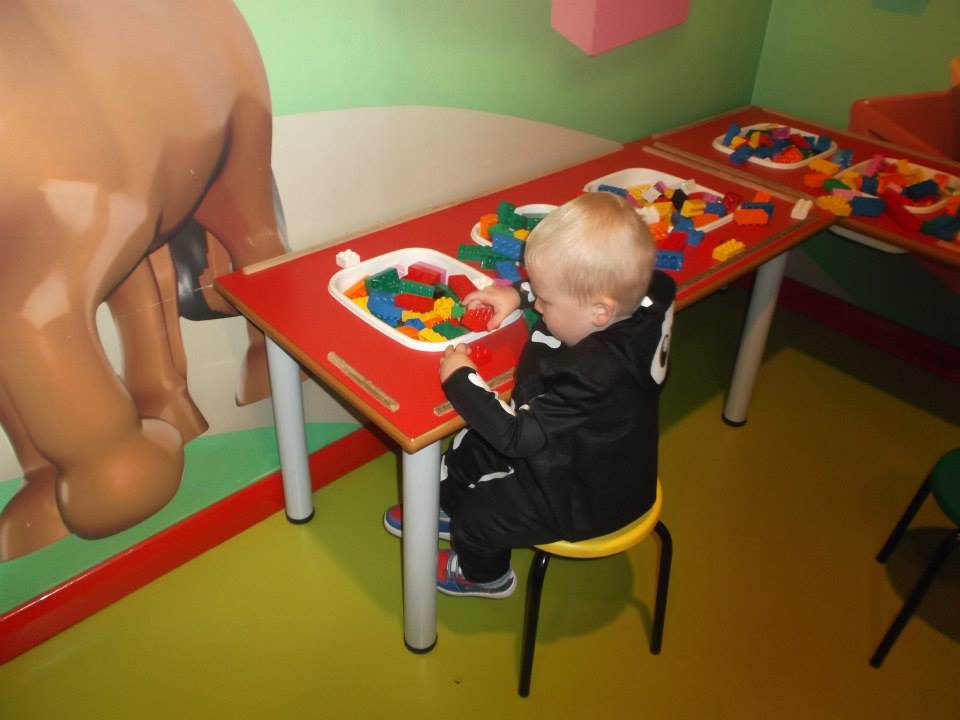 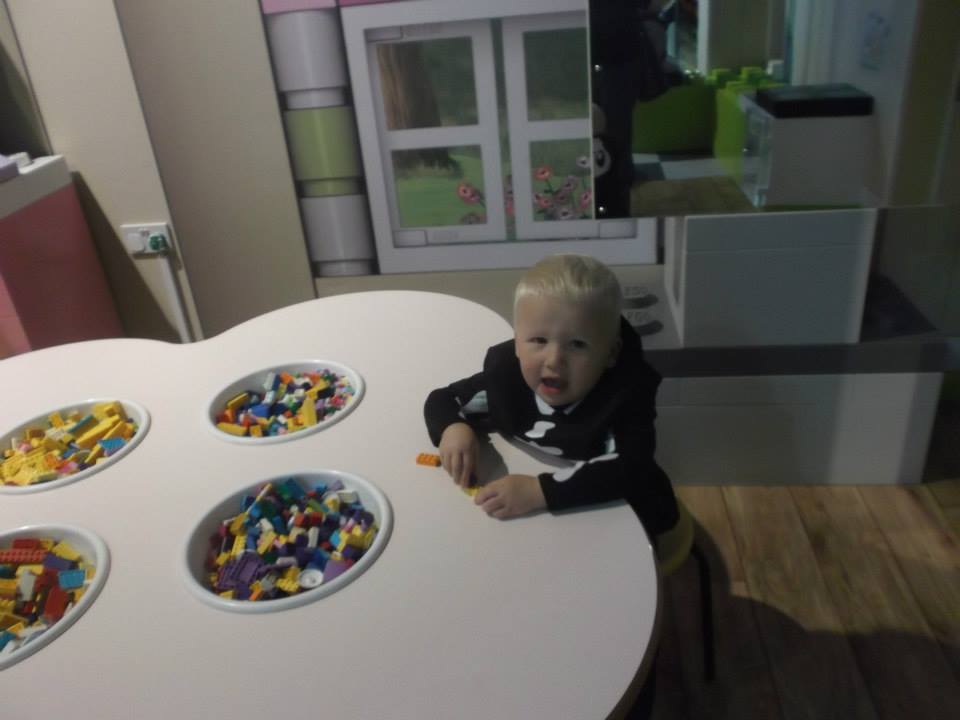 You also have the Duplo station for younger children to build in and Olivia's playhouse where you can play with the Friends bricks (purple and pinks) whilst your eardrums enjoy children singing on the karaoke. 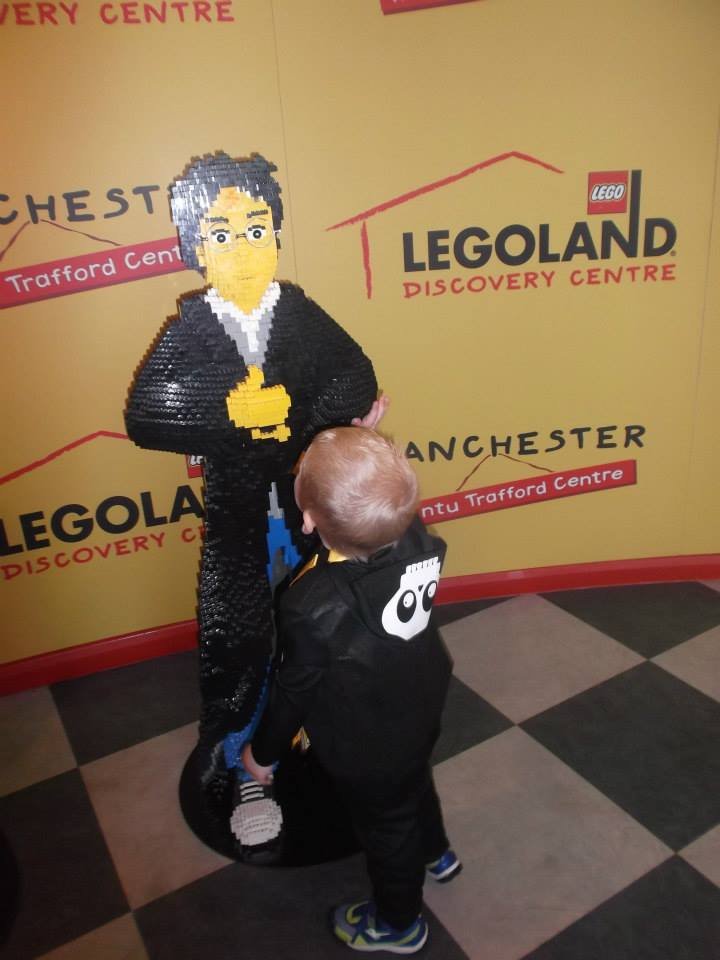 Ben's other craze at the moment is Harry Potter.  He just can't get enough of Lego Harry Potter for the PS3 and thought the Hagrid and Harry statues were brilliant.


We tried to access the Master Model Builder session a few times but it was always full, we fortunately got in just before leaving.   Even with  me and daddy helping the boys we kept going wrong.  Perhaps instead of the 'master' standing at the front of the room and showing you how to do things from a distance (that you can't see from the back table) he should walk around after each step with his model.......
At the end of the session we were told we could purchase our model for "just £3".... Ben declined this as it was 'boring' lol. 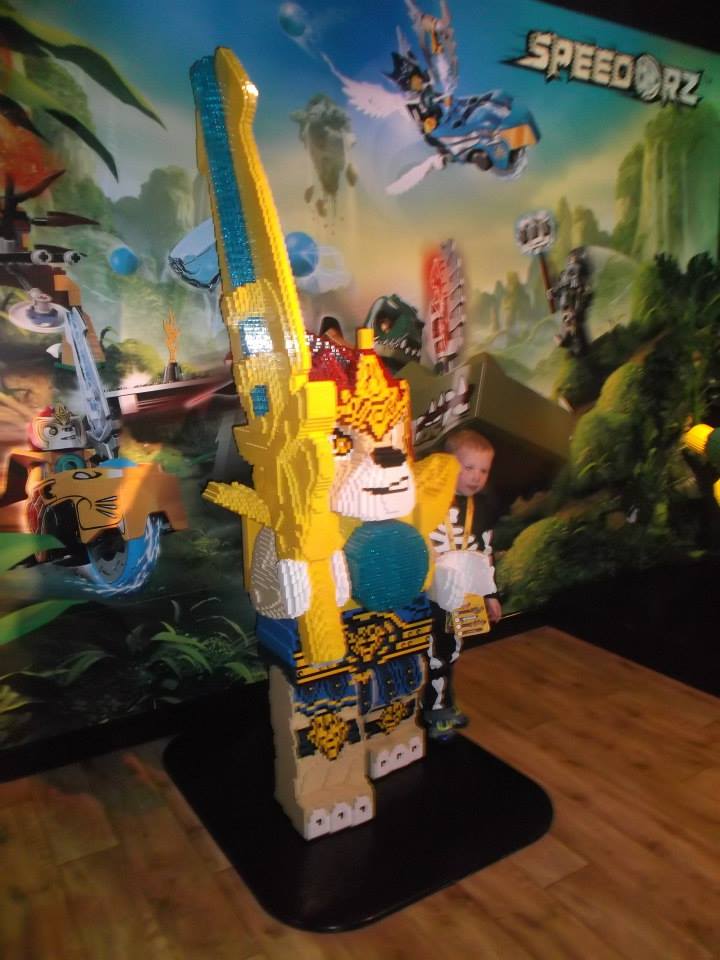 Walking through the Chima exhibit Ben and Noah got to see their new favourite characters up close for cuddles and photo opportunities.


You leave the attraction through the shop which had a lovely clothing range as well as some more larger interactive Lego models. 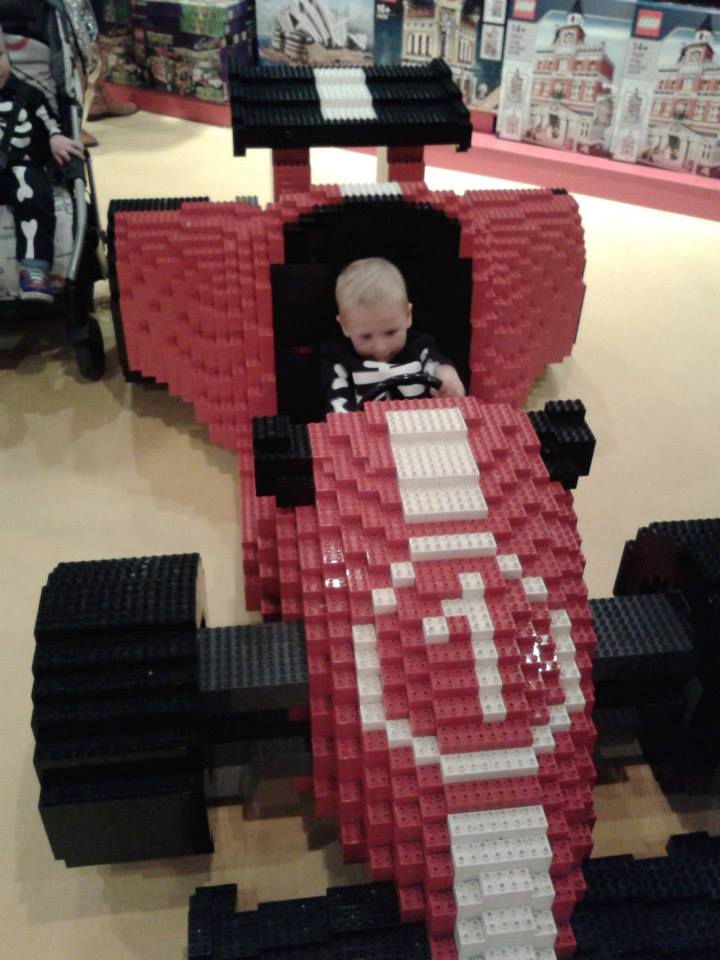 the normal RRP.  Strangely tho I didn't get asked for my VIP card (and therefore forgot to use it), wonder if they don't accept them?

All in all it was a lovely few hours out.

Refreshments:  We did get a drink each which although not cheap were not overpriced for an attraction such as this.

Will we return again?  Probably not as it was very expensive for the time we spent there and the amount there was to do.  However if we are ever lucky enough to win/ be bought Merlin passes it is somewhere we would go every few months (more if we didn't live over an hour away) as it is an enjoyable day out.

Cost:  Tickets start from £14.50 per person (or £12 online in advance).  Children 2 and under are free.
There are special discounted tickets available, check the website for these prices.