It's the 20th December tomorrow and do you know what that means??? 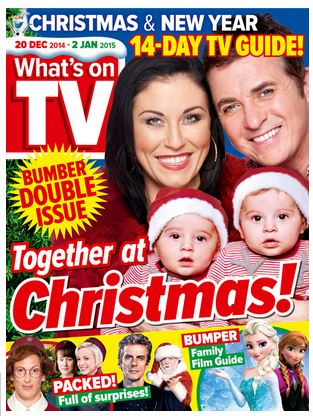 YUP, It's Christmas TV guide day - the official day that the Double Christmas Guides Start and this year they run from the 20th December to the 2nd January.


Are you a circler or a highlighter???  when I was little we all had a different colour highlighter pen and went through the TV guide as soon as it arrived in the house marking out what it was we wanted to watch.... this year I couldn't find the highlighter pen so I had to draw rings around things.  It is most definitely not as easy to see what you have marked out so I shall be buying a new highlighter and amending it :)

In the first of a 2 parter, here is my Top 7 picks (1 a day) of what we shall be watching this holiday season, not including films (I'll cover them tomorrow). 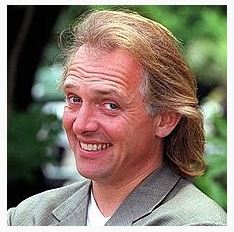 A brilliant comedian, I used to love Bottom and the Drop Dead Fred film. This show has compilations of some of Rik's best work including some unseen footage.

I love the Apprentice, it's no longer about cheering on my favourite tho, it's about getting annoyed at the idiots and listening to the rows.
This episode gives the 2 finalists; Bianca Miller and Mark Wright, the chance to fight it out for the chance to win a £250,000 investment from Lord Sugar by launching their businesses to industry experts.

John hosts a comedy showcase featuring comedians such as Jack Whitehall, Jason Burne and
Katherine Ryan.  It's sure to be a fantastic show.

Another of my favourite comedians, Harry Hill, stars in this one-off comedy drama.  An absent minded inventor has a battle on his hands when a councillor tries to run him out of town for being a nuisance.

Tim Rice, the lyricist behind The Lion King, Jesus Christ Superstar and Evita among many many others reminisces about his career and revels the stories behind some of his best songs while they are played by the BBC Concert Orchestra.

28 years after Open All Hours finished David Jason, Granville, is back to run his uncle shop.  The first of a 6 part new series.

Have you got any suggestions for what to watch this week??