With world book day fast approaching I thought I'd do a little mini series on books for all occasions,  First up let me tell you about the Factivity Series by DK books.
The first thing to strike me about these books is their similarity (in look only) to the old FunFax's (anyone who was a kid in the 80s/90s is bound to remember the endless fun these brought).  Factivity books bring the same fun to children now with their range of activities. 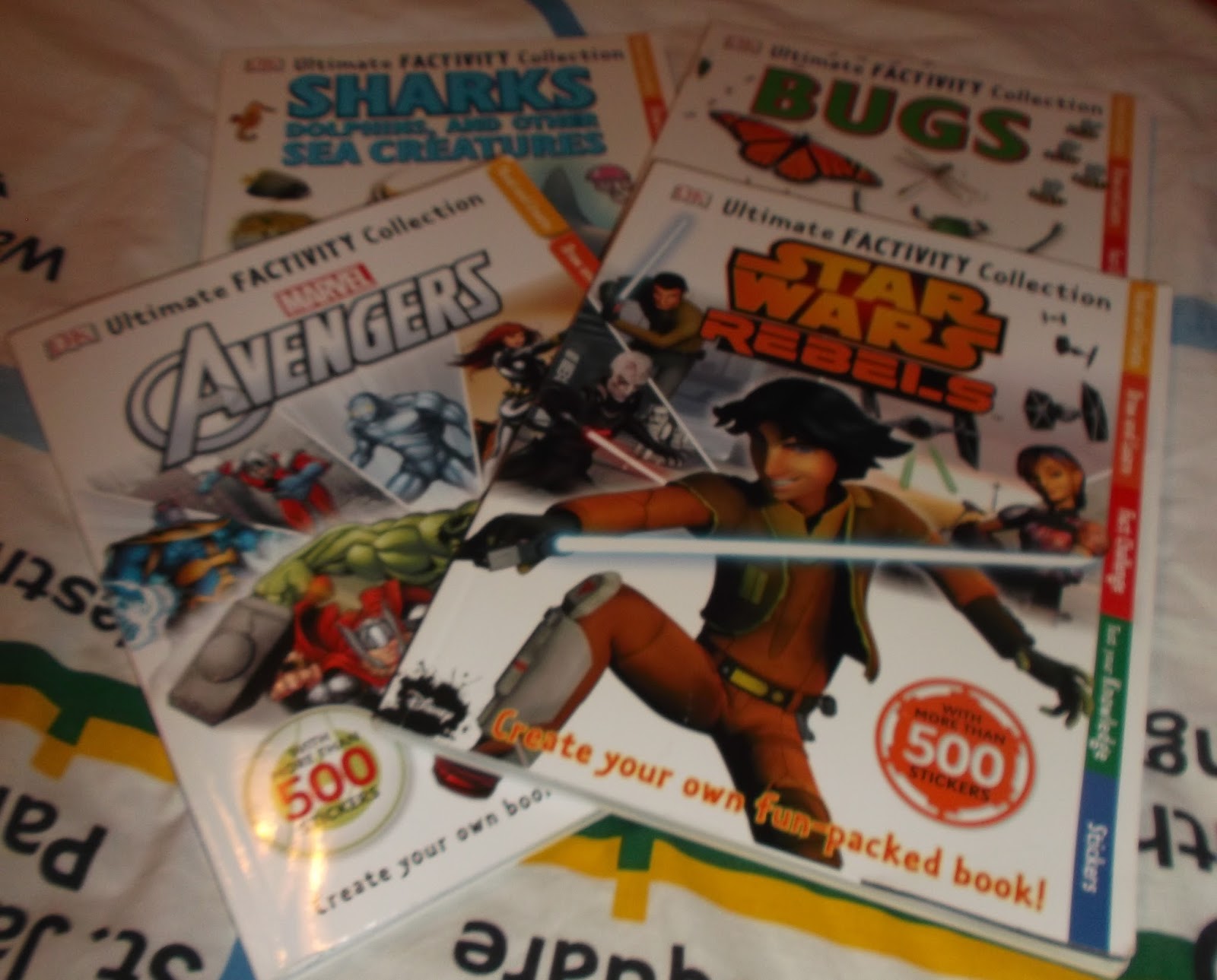 They aren't new to the market but new titles are being released frequently.  The boys were sent x titles by DK to keep them busy on holiday, and busy they were, the books were used everywhere - on the train, on the bus, in the caravan.


All the books follow the same formats, but using different themes.

Noah took a shine to the Star Wars Rebel Factivity book which is due for release on the 1st of April 2015.  This book is set between Star Wars episodes III and IV where the Empire is hunting the last remaining Jedi. It's cartonnified characters will appeal far more to young children who haven't seen the series.

Superhero obsessed Ben took Marvel, The Avengers for himself, this one was released today.  It features all the famous Avenger characters alongside stories and information.  Ben's favourite activity was a page about Iron Man which asked him to design a new outfit.  He spent ages on this (longer than I've ever seen him to engage with something)  and "GrassyAge" was developed.  He even had a story and related super powers to go along with it.  We did send the suggestion to Marvel and Iron Man but with no response (poor Ben). 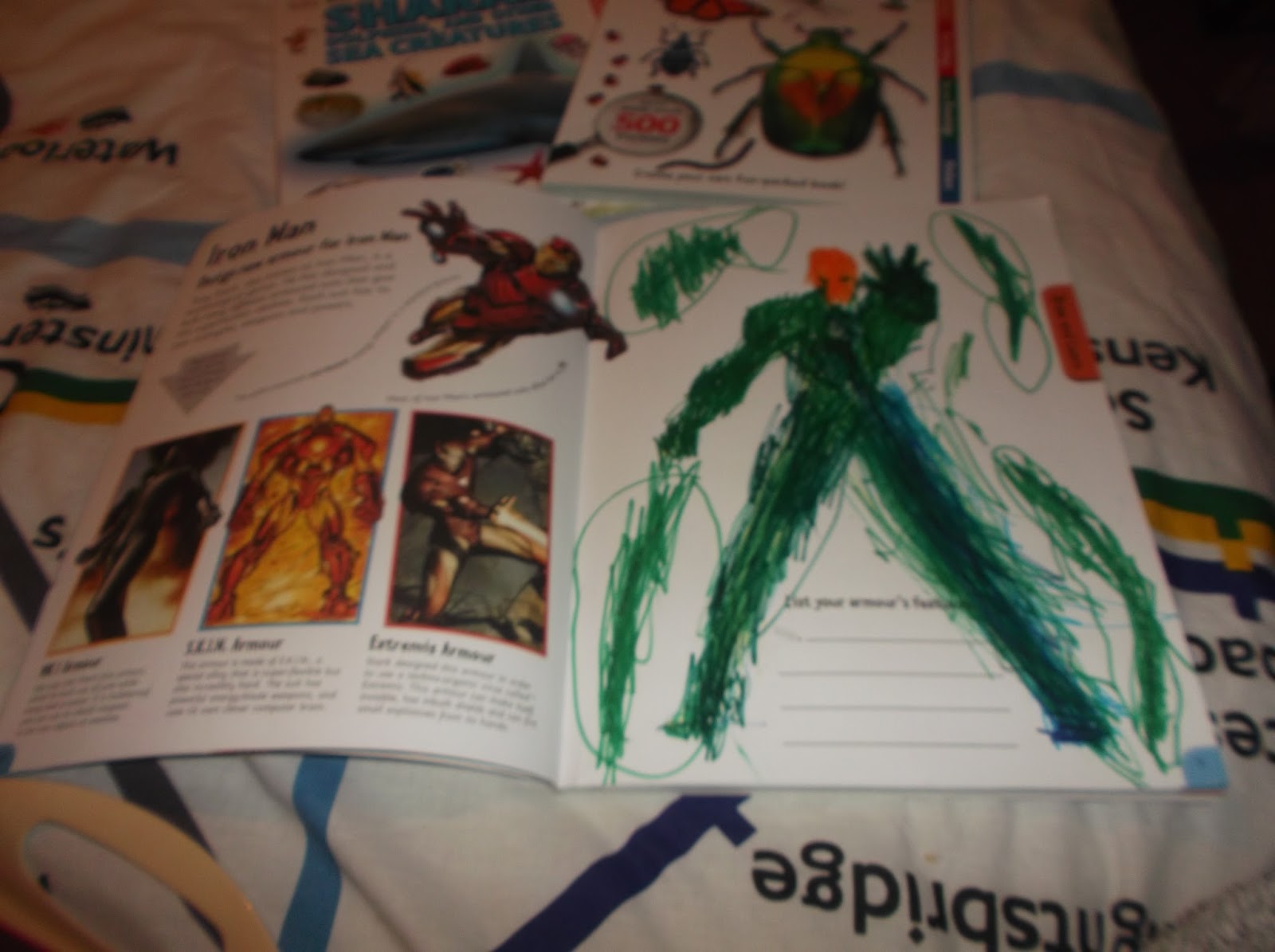 I will admit that the Bugs and Shark, Dolphin and other Sea Creature books were put to one side once the selection had been made and saved until they are needed (I'm trying to persuaded them to finish one activity book before moving onto another).  However I did have a look through them while I was writing this post and to be honest I very nearly 'played' with the Bugs one myself as it looked so informative, I'm contemplating using them as a basis in the Summer holidays for projects.

The Ultimate Factivity Bugs looks into the miniature world of insects and arachnids.  It includes activities such as insect top trumps, a super sticker quiz and a bug family tree as well as teaching you the difference between a butterfly and a moth. Bugs was again released today (2/3/15) 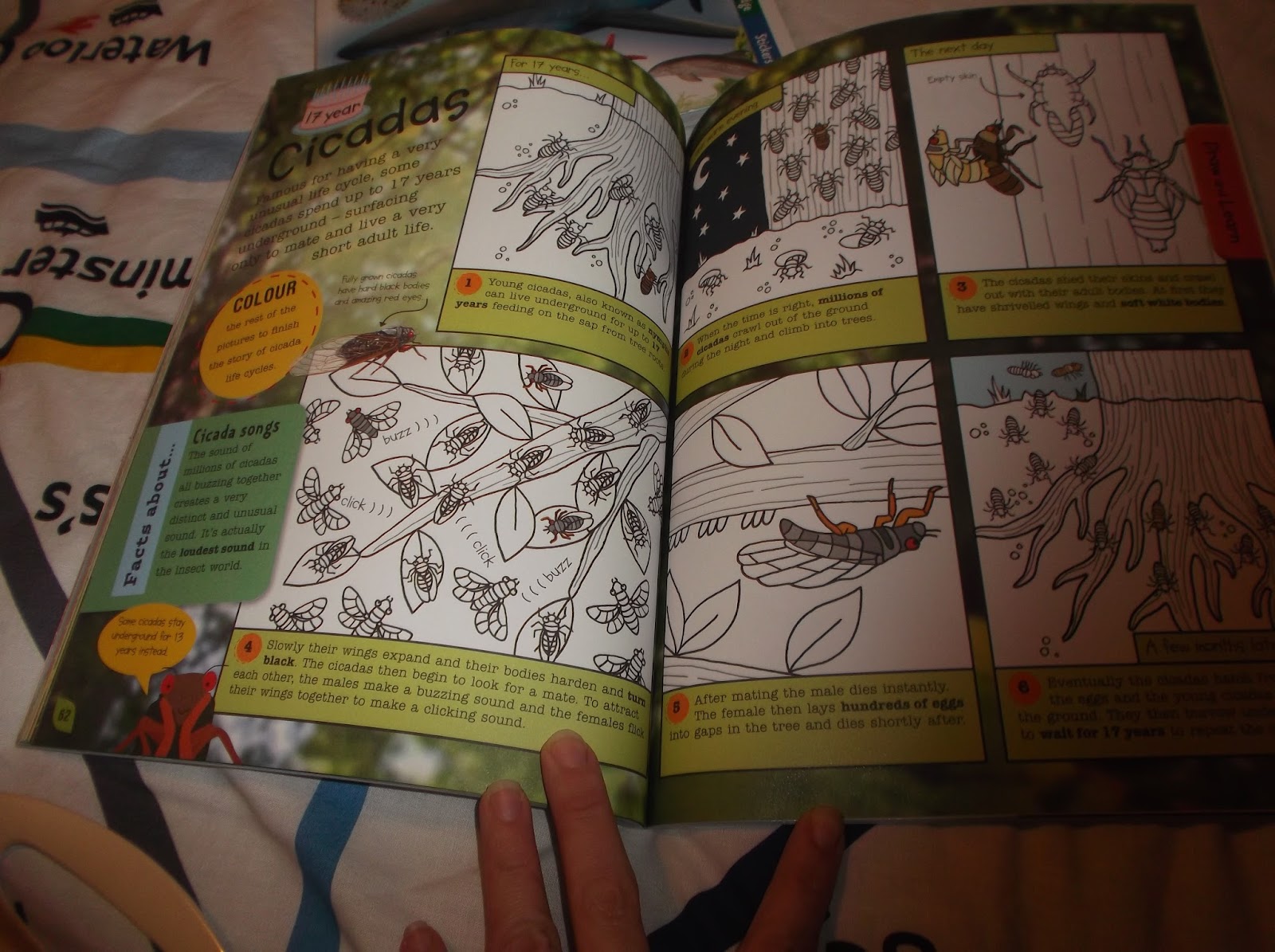 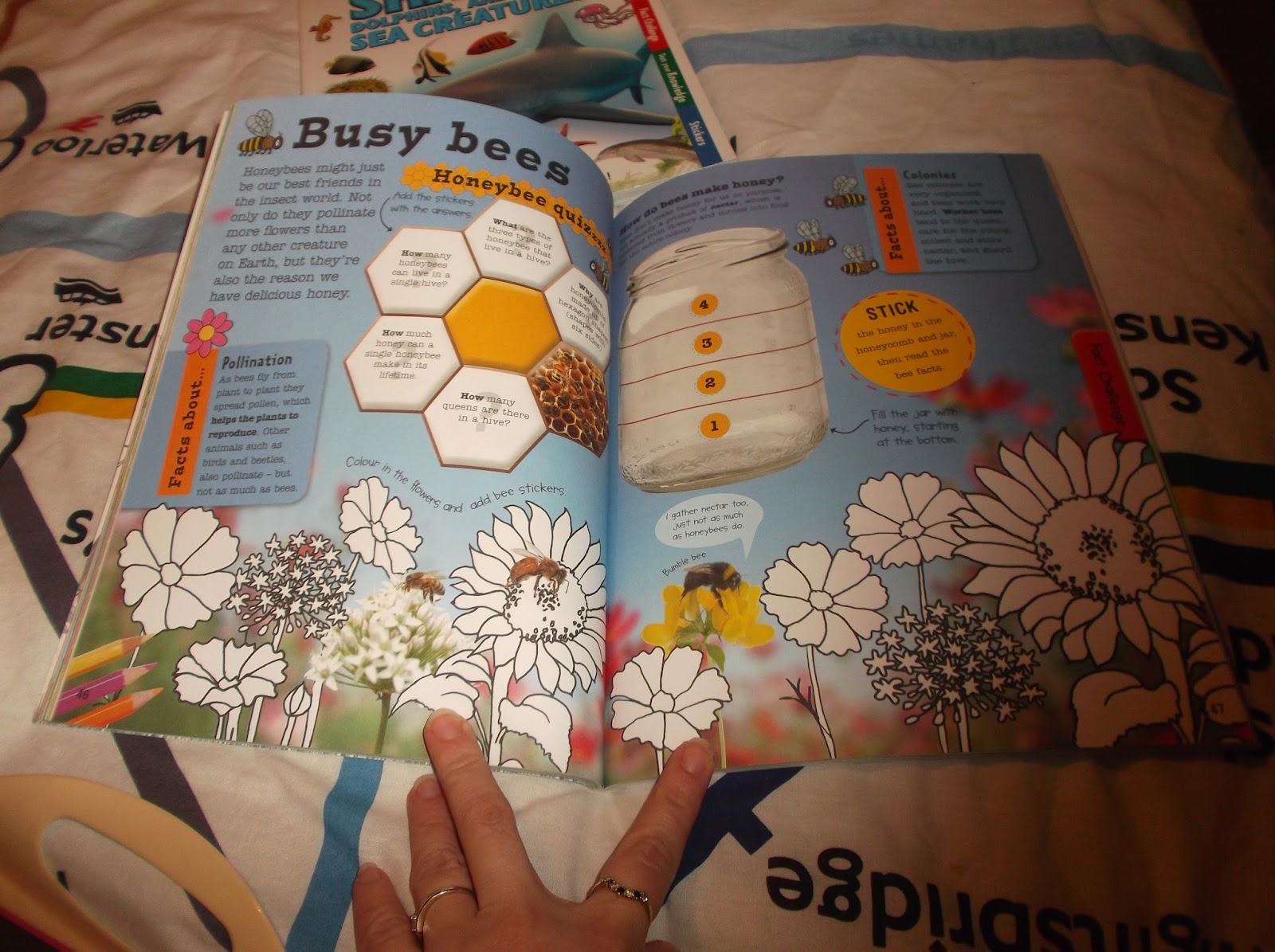 Shark, Dolphin and other Sea Creature's is one of the brightest books I've seen inside and again really gripped my attention and is sure to do the same with the boys. It's full of interesting facts about everything that lives in the sea.  This is another of the new series of books and was released today.

The books, whilst all on different themes feature mazes and  puzzles for cognitive thinking, drawing and writing opportunities to develop creativity as well as factual quizzes to enhance memory skills.  At every step of the way the children are given the opportunity to use the 500 stickers to add more colour to the page or solve the puzzle.  When they have finished using the stickers in the book there are many many more for them to decorate anything else they wish to their hearts content.

The books are aimed at children 5 years and over, and I can see why, they ask for a lot of cognitive thinking to undertake some of the tasks and manual dexterity to place stickers accurately.  Noah (4) got just as much fun out of it in his own way with adult support, however.  He may not always have done exactly what the book was telling him too but he enjoyed making up his own stories and doing his own writing and drawing where it was requested.   As for the stickers.... well they are .... everywhere (and I don't mean throughout the book):) !

These books are more overpriced than some activity books, with an RRP of around £7.99 (tho I have seen them cheaper then this in many shops).  I would have no problem with spending this money on them as the content keeps the children engaged as well as teaching them in a fun way.  A maze page won't be a boring "get this fish to the food" it will be surrounded by facts and figures to aid learning and understanding along the way.

Disclaimer:  I was sent 4 DK Factivity books to review, the opinions given are honest and all my own.   (Apologies for the pictures, I am currently taking some better ones)