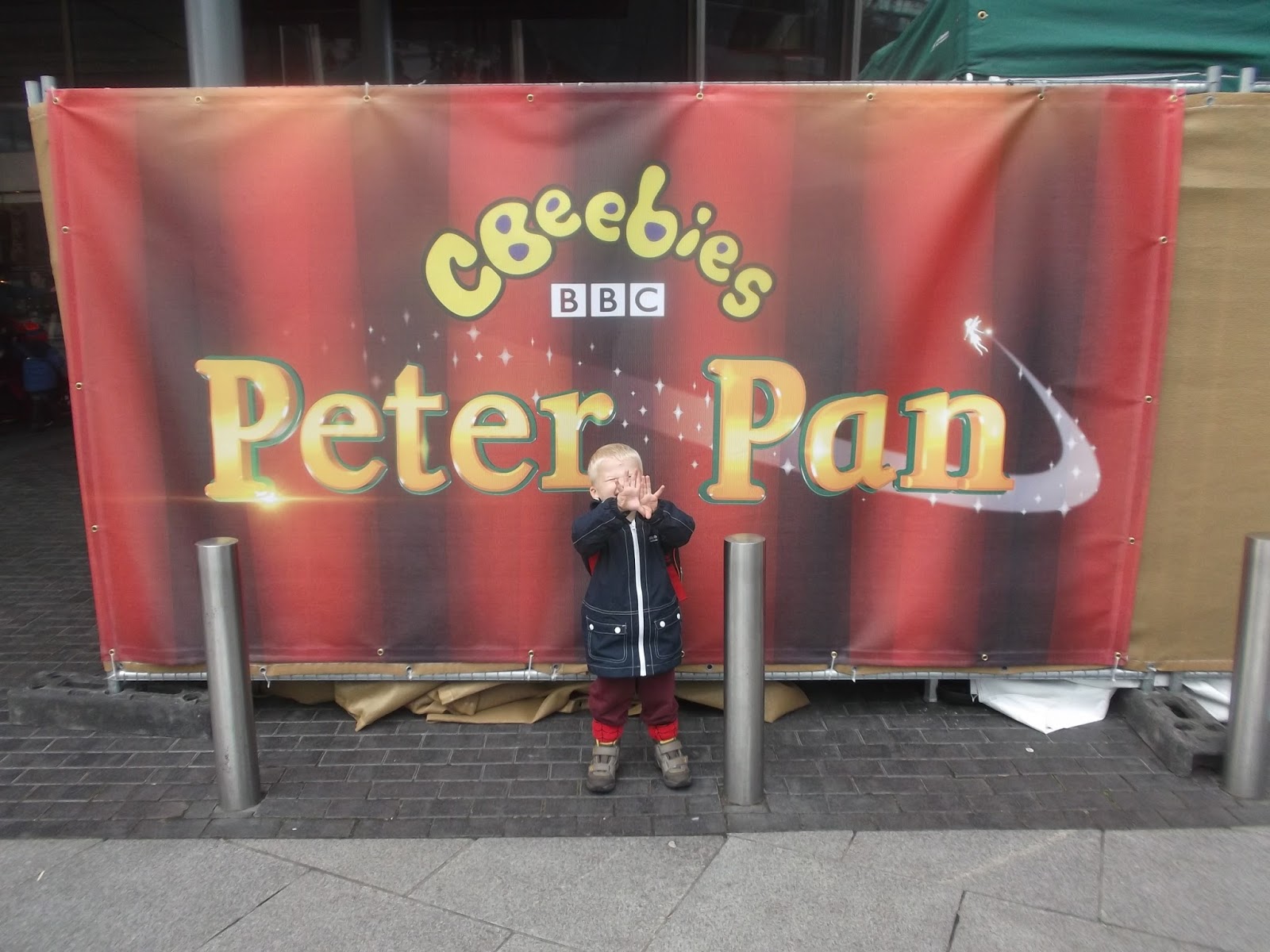 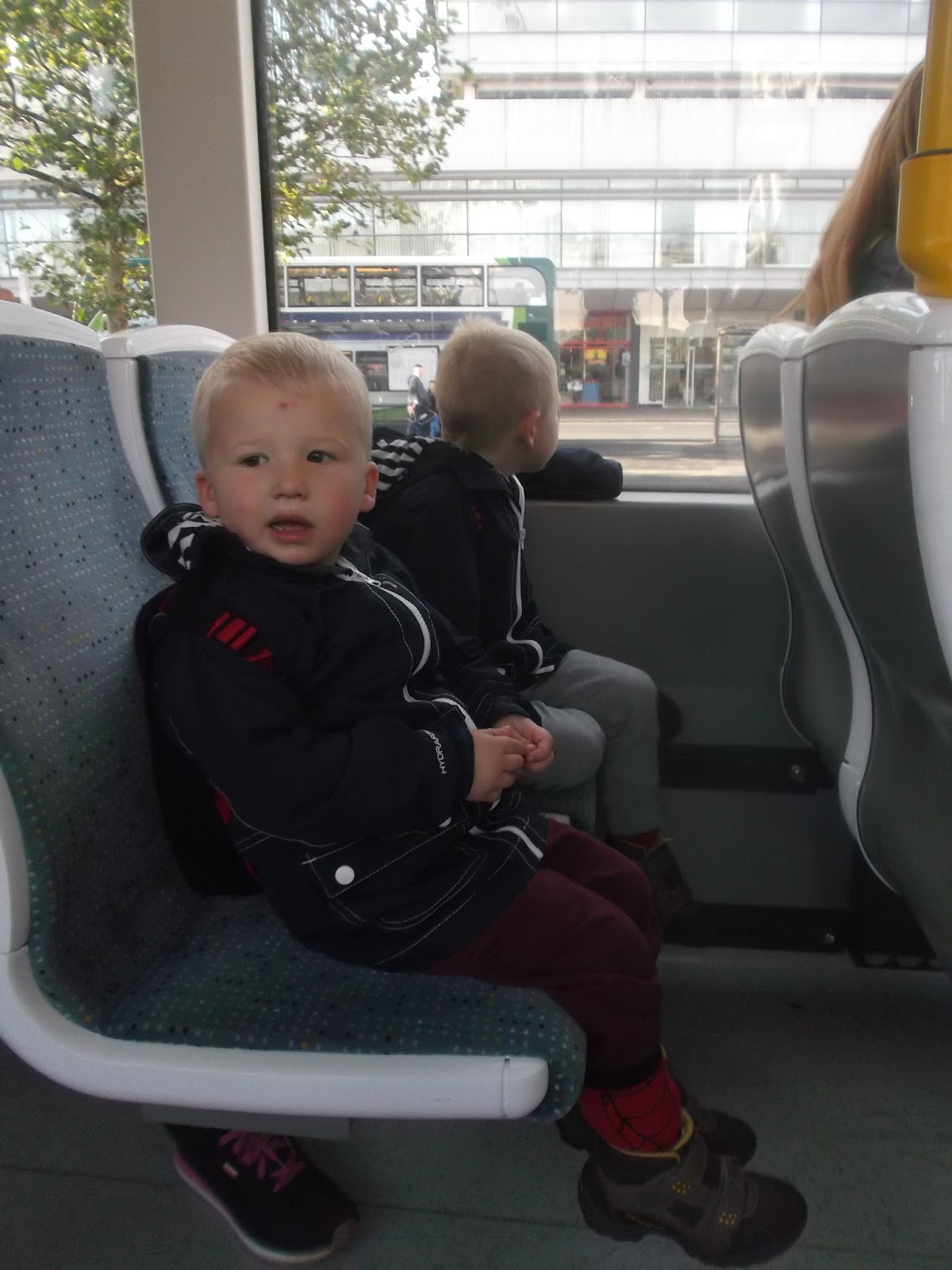 We loved the Panto last year, it was filmed in Sheffield where we live but sadly we didn't win the public ballot to get tickets, this year it was at The Lowry in Manchester so we applied again (alongside a few thousand other hopefuls).  Once again we didn't get tickets.  But having learnt last year of the "stand-by list" we went along in hope.

Far from the well organised 'gig' of last year this year both internal and external events at The Lowry were chaos.  I wish this post could be as positive as last years, and I wish the message could be as fantastic as the one I was giving out this year to encourage people to go .... but sadly.......... 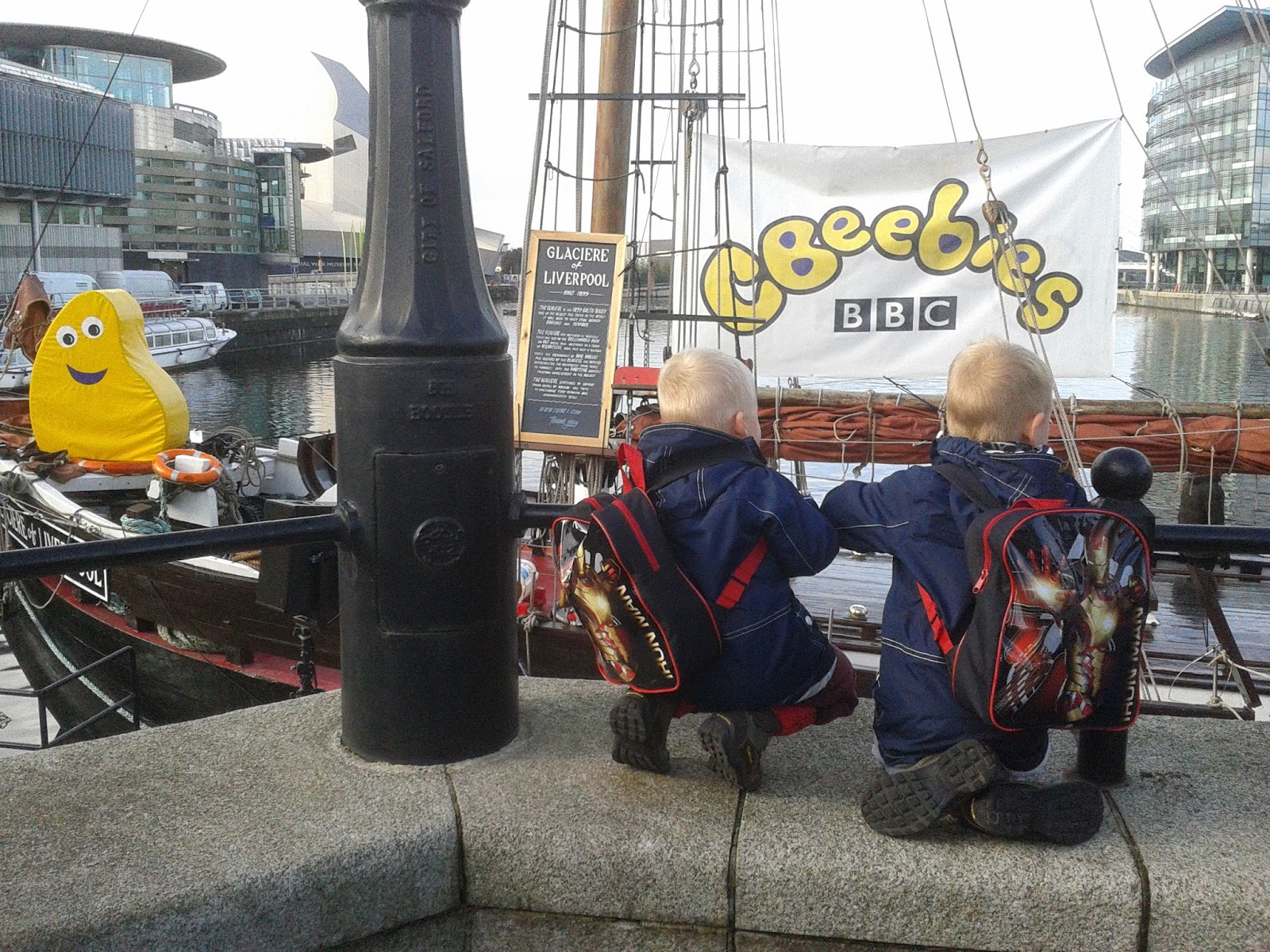 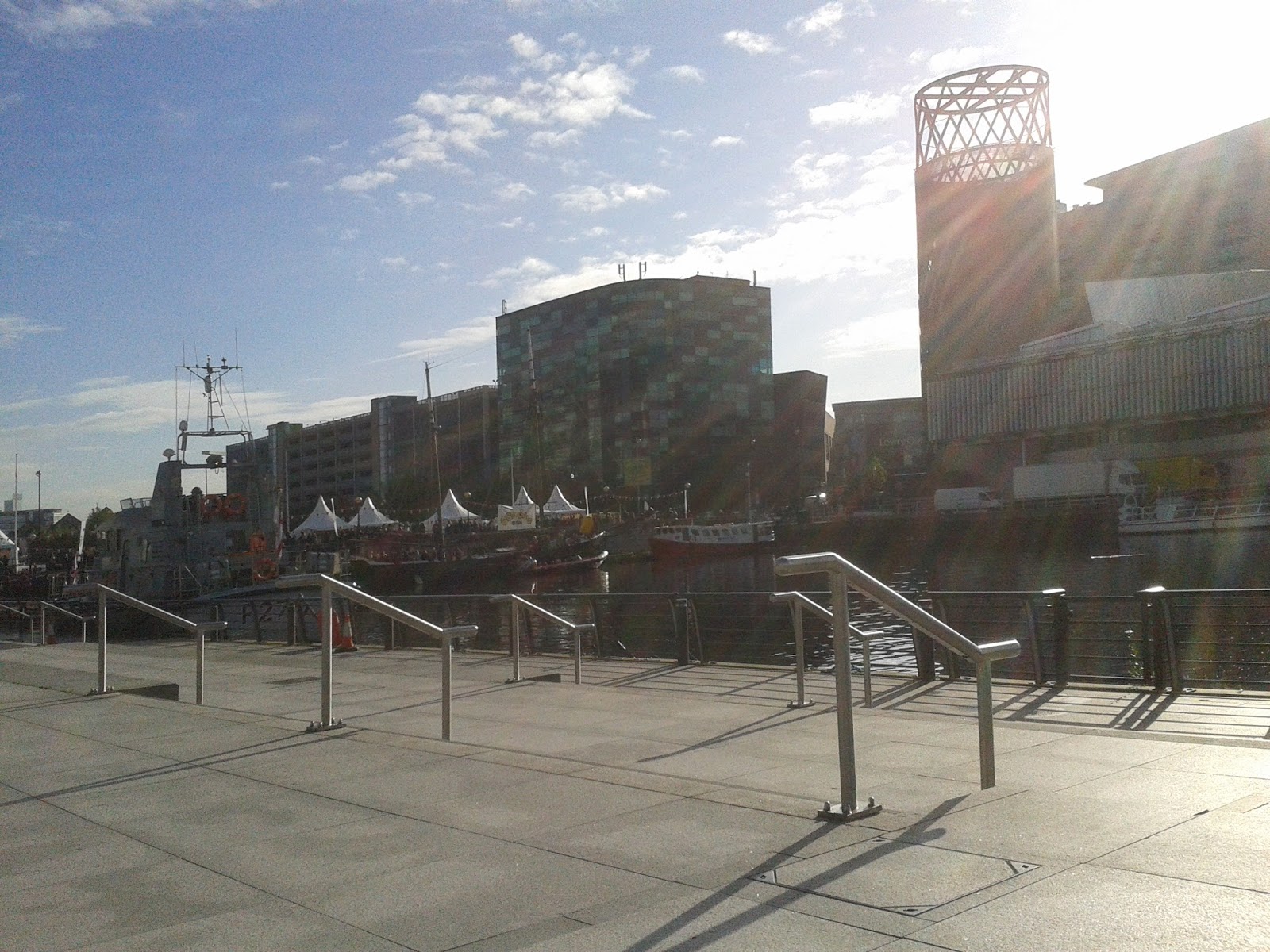 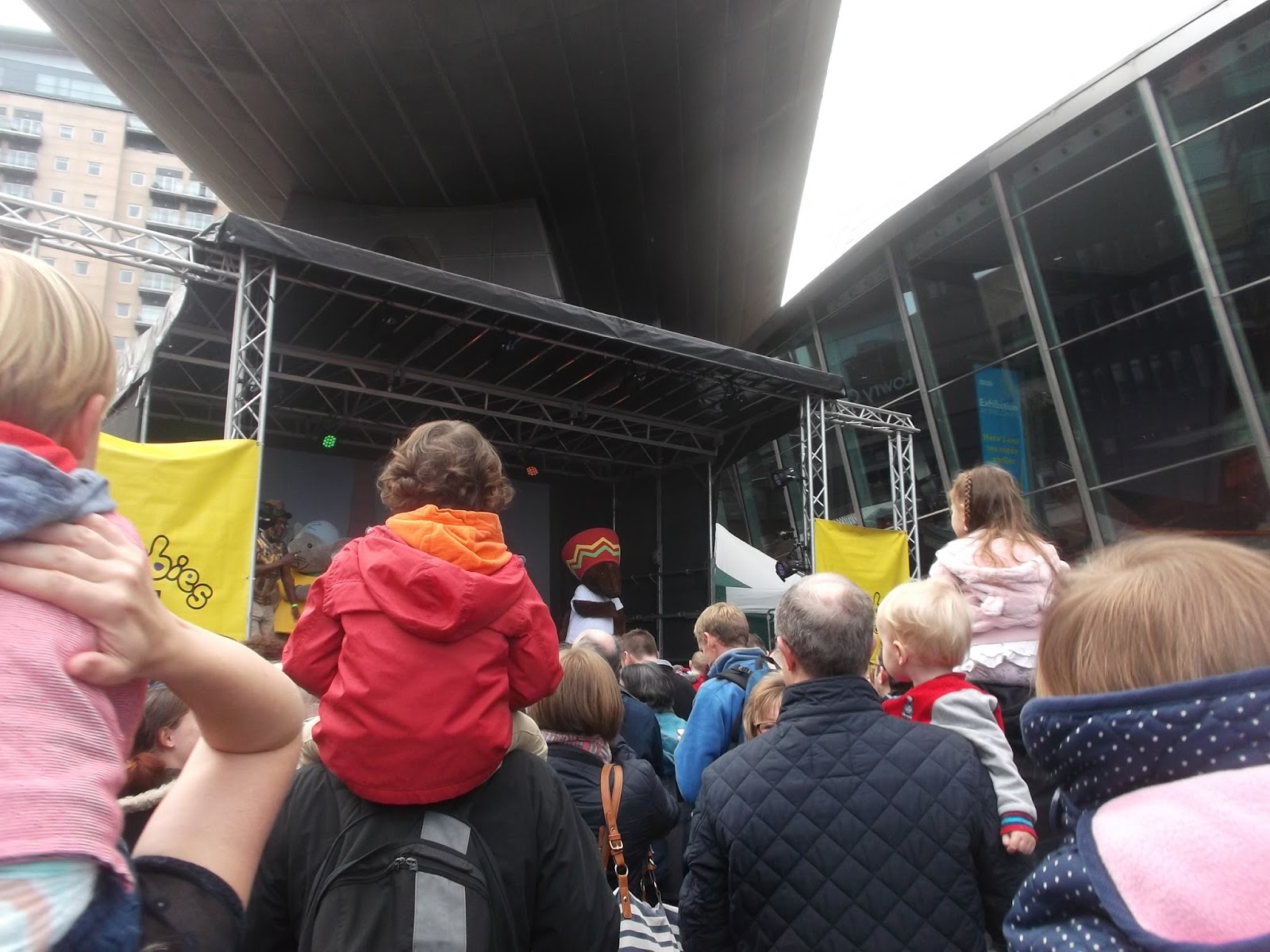 Looking forward to being entertained by Dr Ranj, Rastamouse and That Poetry Bloke (to name a few) we were very excited........ till we got there.
Instead of the well organised seating on the outside stage they had last year this year was a big open space, basically unless you were at the front the kids had no chance of seeing stage or screen. It was a complete waste of time.  This picture is taken from MY height ... you can imagine the view my tiddlers had.  Ben loved it when we went to the lookout in The Lowry as he could see it really well ....... couldn't hear anything but he could see it :)   Noah meanwhile made the most of being able to get to an activity. 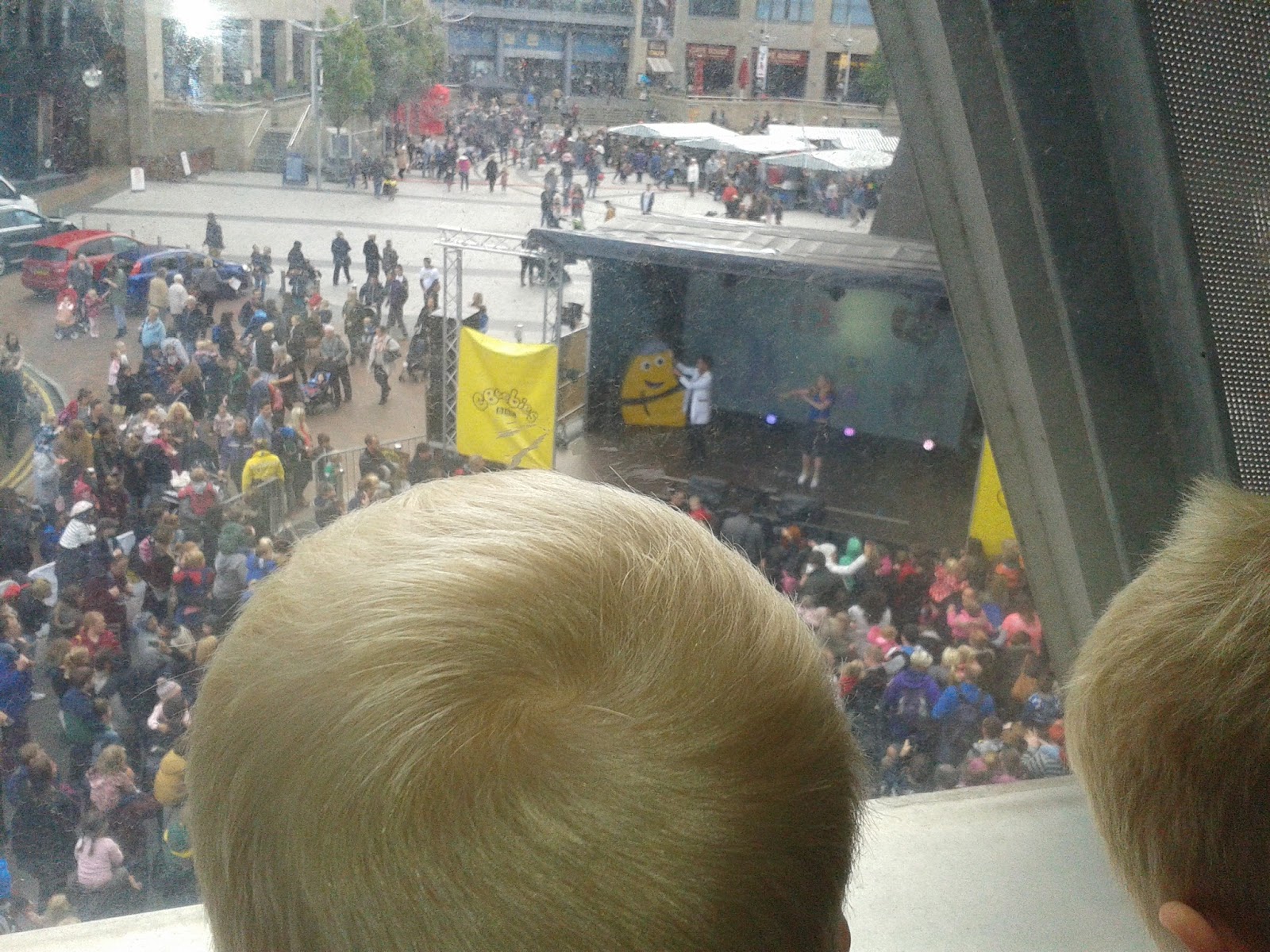 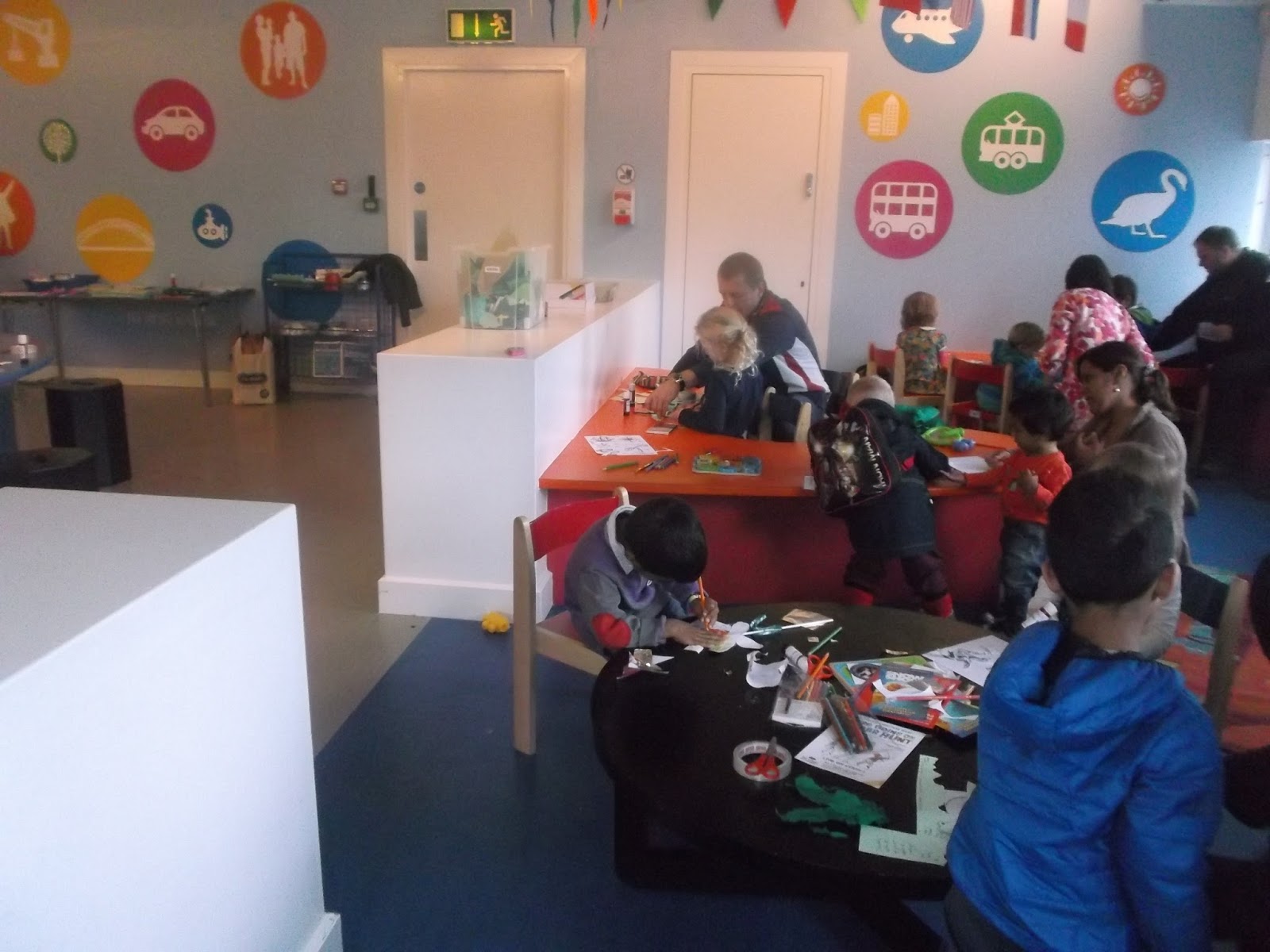 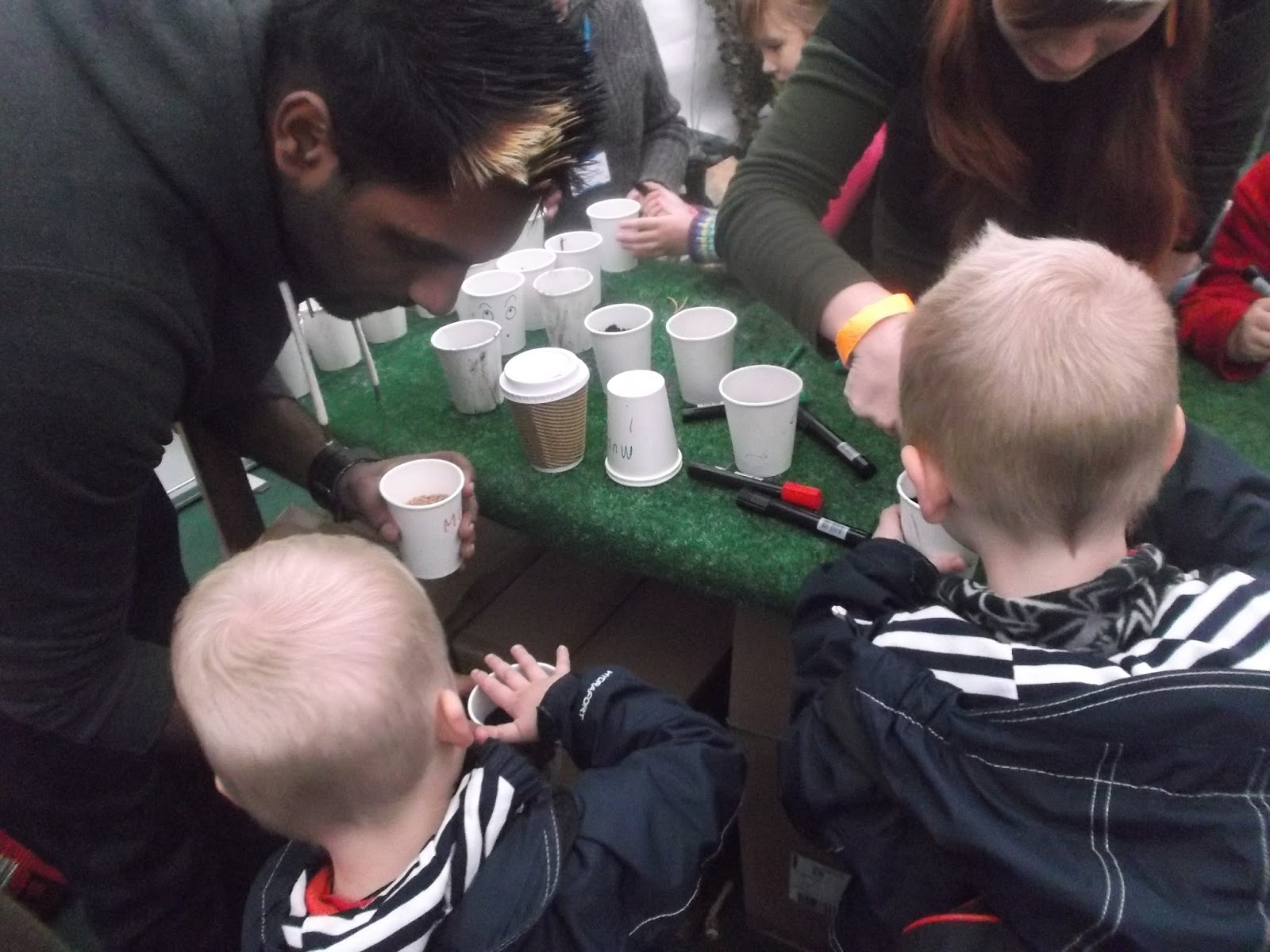 Oh yes.... the activities - soo much to see and do ...... if you can get to anything.  We queued about 10 minutes to get into 'Tree-Fu Tom'.  where we did leaf rubbings and drew a smily face on a cup (sorry sprinkled mustard or cress in dry soil)

The boys then went to vegetable tasting/ guess the vegetable where the most disinterested un-child orientated person ever was completely disinterested in them and they wandered off very quickly.   All the other tables were soo busy we left very quickly.  They wanted to see "The Nursery" thinking it may be a Mr Bloom type event but sadly that was again full and we were turned away none the wiser.    As for anything else outside ... who knows .... all were too busy to get near. 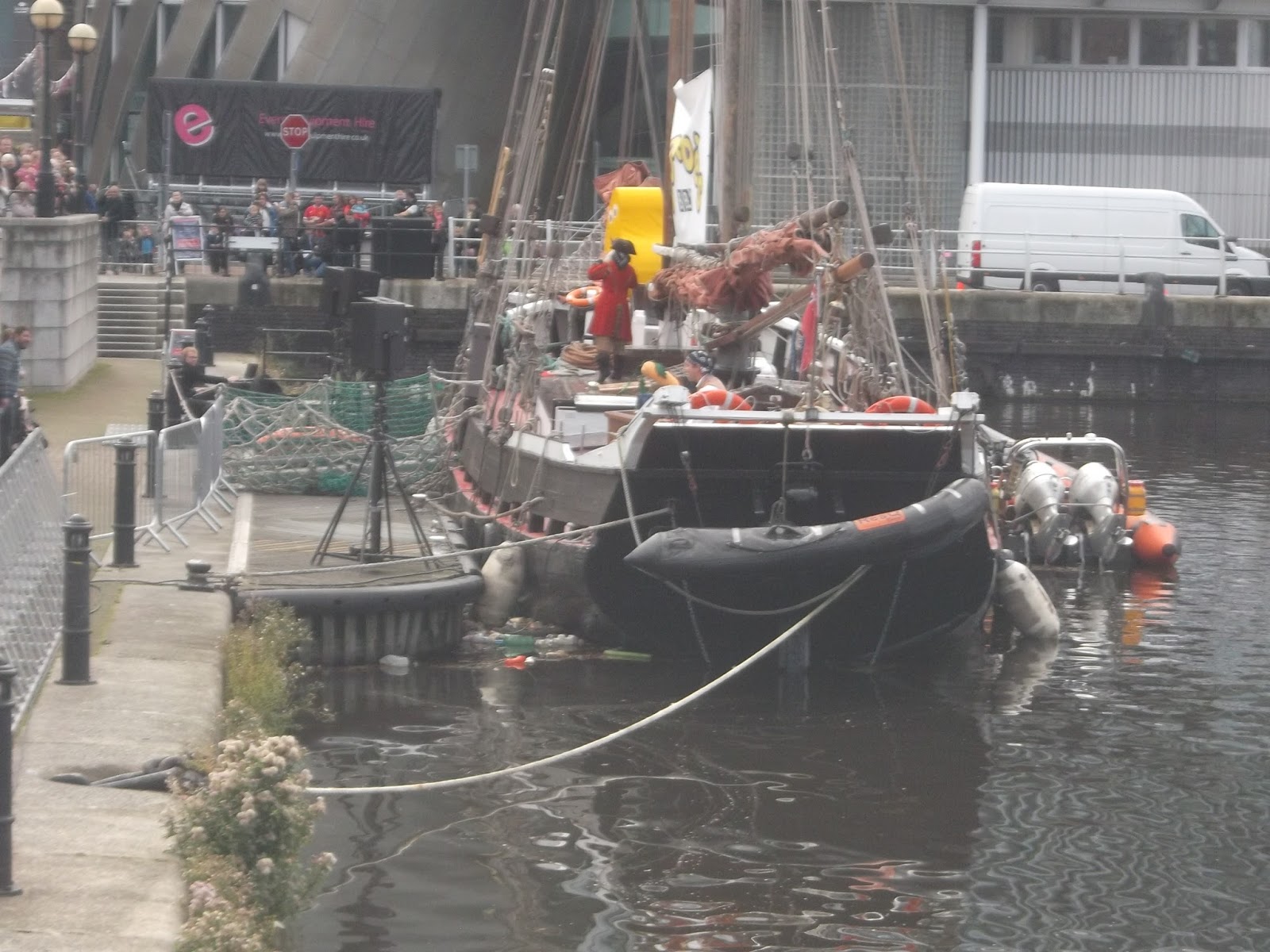 There was a treasure hunt..... so I hear tell... I saw a man with maps ... who when we asked for one turned his back on us to talk to someone else until we gave up and walked off.

The external feel distinctly lacked the Christmassy element of last year (no reindeer's, no elves) and the fact it had been arranged on the same day as a market and a sporting final just added to the congestion and public transport over crowding.    The roads themselves were virtually gridlocked by 4pm as we spent ages at Trafford Centre (we decide to make the most of our Merlin Cards and go Brick or Treating at Legoland Discovery afterwards for an hour) waiting for a bus home and they were rammed then slow moving all the way into town meaning we had to get a much later train then planned. 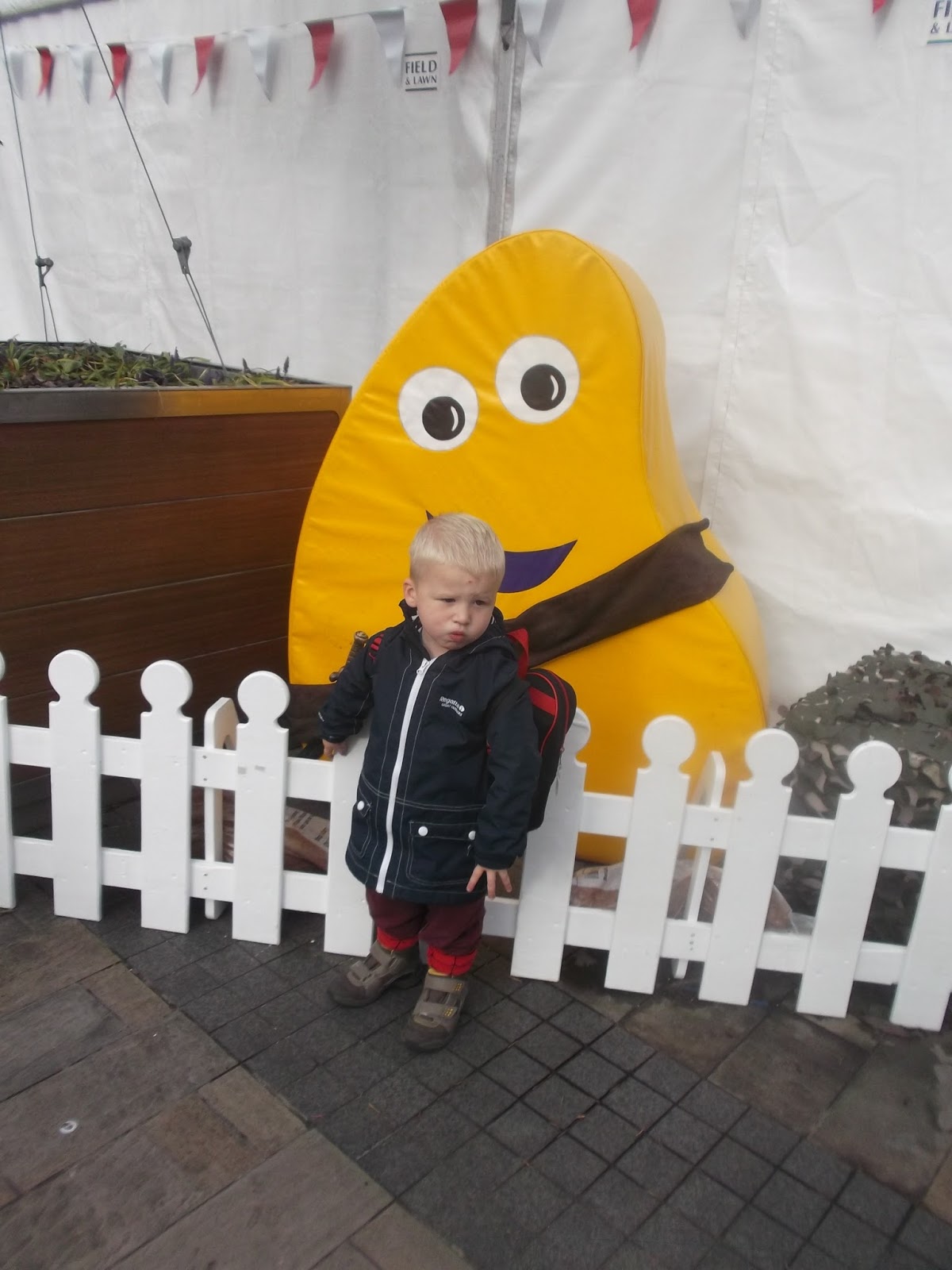 I didn't have a pushchair this year (thankfully) but I can imagine it was a logistical nightmare if yours were to small to walk while you parked it up in a buggy bay).  The footpath was just chaos. 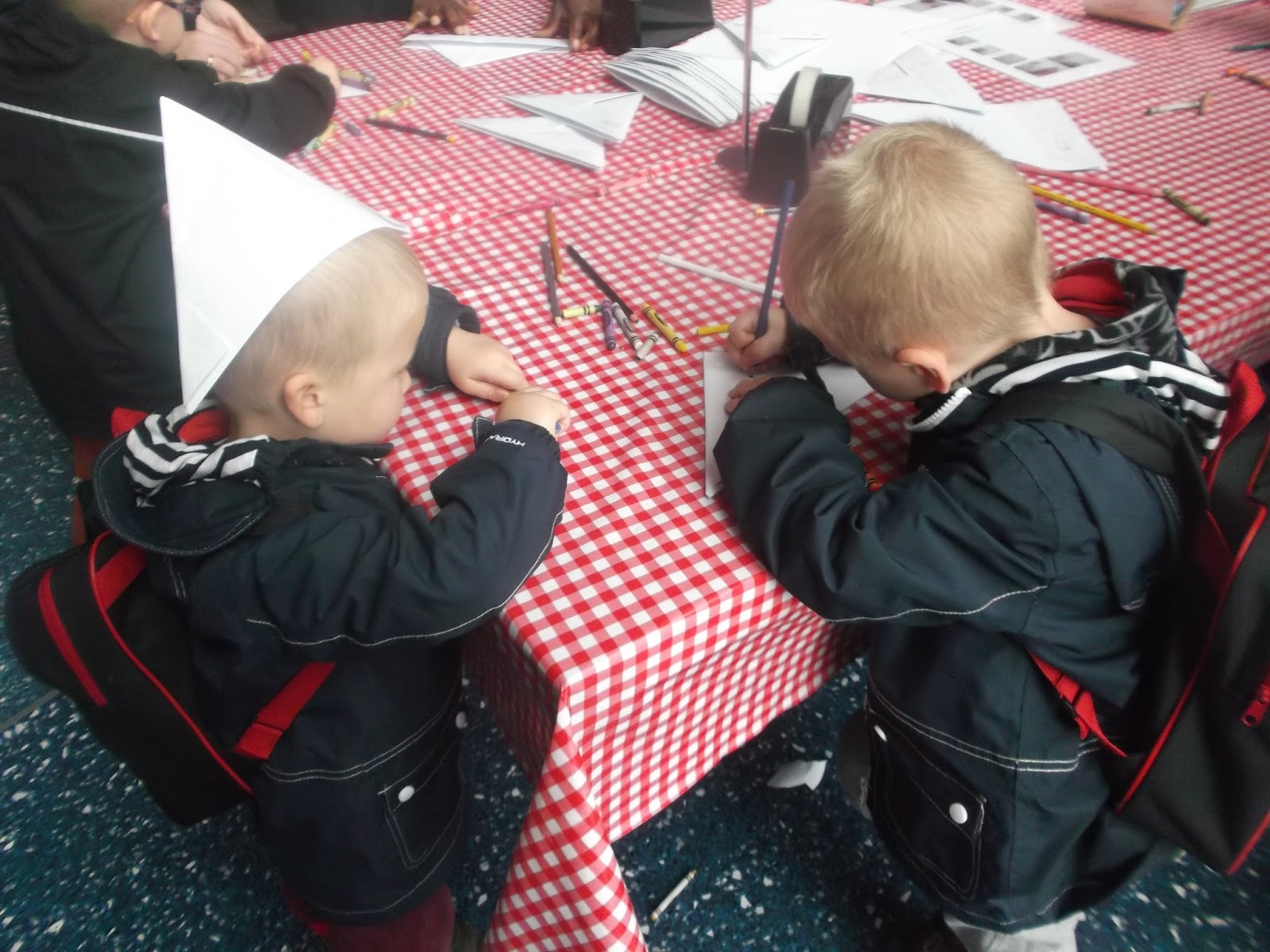 We managed to get onto the Mr Maker stand and make a pirate hat each, they didn't fit properly, but we made them :)

The panto itself... and the saga of the 'standbys'.  last year, as I was led to believe from the discussions in the surrounding area (didn't try it myself for the main panto) you went to the ticket desk to enquire and they wrote your name down... the earliest on the lists being given first refusal to any unclaimed tickets.  This year however was different.  I went to the desk to ask about going on the list to be told to ask someone else.  Now apparently I was just supposed to know who this other person (can't remember his name now) was....but I found him.  He explained there were no lists this year just to go back to the desk at 12,30 when they would be releasing them.
As we had been making Peter Pan hats next to the desk at 12 we hung around the foyer.... at 12.30 I asked the same chap if he had any going to be told to join a large standby queue and gestured to where loads of people where.  I questioned why he had not told he this 2 hours ago as I would then have got in that at 12.15 not waited near the desk.  He quite honestly didn't care, apparently they had to make a queue due to the amount of requests... and walked off.  After then asking ANOTHER member of staff where exactly this standby queue WAS (as not obvious) we joined it.
I then HAD to laugh as we got to the front and told them we were a 3 .... now there was a set of 4 tickets going .... which someone behind me said "we're a 4" ... I was ready to punch them if they decided to give the tickets to THEM!!!  Fortunately they found a 3 and told us to go to the desk ... where we were supposed to KNOW who to go to out of 6 members of staff... 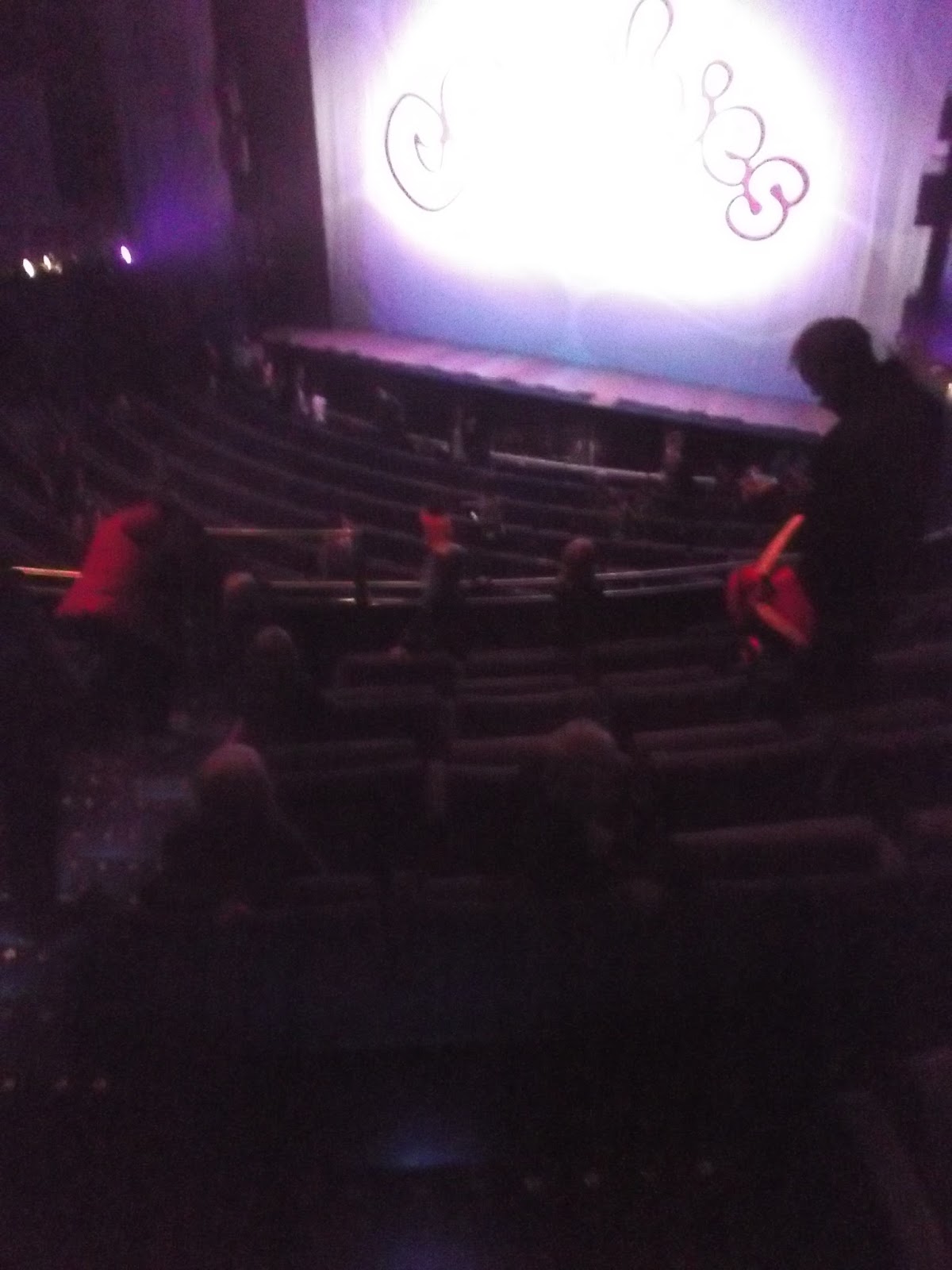 The boys were starving by this point as they hadn't eaten but no.... there was no eating or drinking allowed in the theatre (could have sworn we had ice cream and sweets during the panto when I was little).

I can't give anything away ... you'll have to wait and see it when it hits Cbeebies at Christmas but the boys were mesmerised, the sets were magical, the costumes were fantastic and the songs were very catchy.   A great performance by the Cbeebies cast who clearly put a lot more effort in then their production team, even battling with Man Flu (I won't give away who :) ).

I am sure if we can get there we will go again next year, but I sincerely hope the ticketing is changed or sorted out.  WHY do people apply for tickets who have no intention of turning up it spoils it for those who don't get any allocated.