My boys talk gobbledegook on a daily basis, they are extremely creative and have fantastic imaginations and they both love to read. Noah was really excited therefore when a book arrived for him (normally the books are afrom Penguin Random House, The Nonsense Show.  This book really made the boys laugh out loud as they read it from cover to cover and then started again. 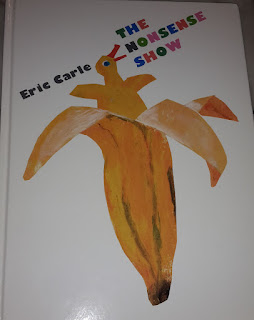 One of their favourite books, that they've grown up with, is the classic The Very Hungry Catterpiller by Eric Carle.  I've not read many of the new ones but The Nonsense Show has shown he;s not lost his creativity in the last 45+ years.

With ducks growing out of bananas? A mouse catching a cat? A snake with 2 heads.... there’s something strange, funny or downright preposterous on every page of this book. But it’s not a mistake – it’s nonsense! 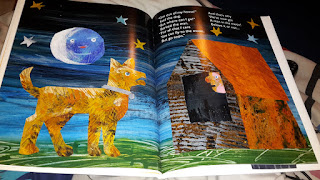 Eric Carle designed this book as part of his trilogy, of sorts, introducing children to the concept of surrealism.  Nonsense lies at the heart of many nursery rhymes. how easily children accept that the “the cow jumped over the moon” or “the dish ran away with the spoon.” or that an egg can sit on a wall, that's exactly the same concept Carle hopes to introduce here,and a great introduction to the world of imagination.

Alongside the text are bright creative illustrations paying tribute to Rene Magritte, a Belgian surrealist artist.  It's the books artwork that adds this additional dimension, they are not drawn illustrations but instead tissue-paper collage creations. 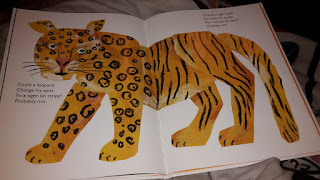 The Nonsense show is aimed at children aged 3-7 and will make them laugh and think, preparing them for a lifetime of loving both words and art.  As you can see in the below video Noah has taken his knowledge of songs and realised he can set the text to a tune.  For some reason (perhaps their knowlwedge of circus ringmasters?) they decided they had to sing the first page 3 times before moving on. 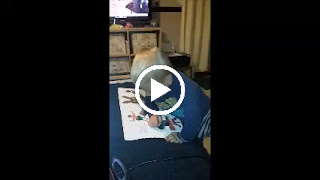 "It's about nonsense marching, not real marching, and pointing up to the ceiling with both hands" Noah, aged 4.


The Nonsense Show is published in Hardback with 40 pages and was published on the 13th October 2015.


Disclaimer:  Penguin Random House books sent us a copy of The Nonsense Show in return for an honest review.