It was just another ordinary day in Doyle Woods when suddenly.......

Willo the Wisp was first broadcast in 1981.  It followed the adventures of animated characters through their day in Doyle Woods.  All the voices were provided by Kenneth Williams.

The series was written and directed by Nick Spargo and produced by Nicholas Cartoon Films in association with the BBC and Tellytales Enterprises. However the actual character of Willo the Wisp originated in 1975 in an educational animation for British Gas.

Only 26 episodes were made in total, lasting just 5 minutes each.  and were broadcast on BBC 1. The original series was repeated on Galaxy Kids Club (aka Sky Kids) in 1989 and on Channel 4 during the early 1990s.

Willo the Wisp - the narrator. A blue floating ghost-like creature, The name almost certainly refers to the ghostly light 'will-o'-the-wisp' from folklore.

Evil Edna - A witch in the form of a walking, talking television set who could zap people with her aerials.  As the name suggetss she wasn't very nice

The Moog- A dog-like creature who was unable to think for himself.

The Beast - who began life as the dim Prince Humbart The Handsome.  He couldn't pronounce the letter r correctly; an unfortunate encounter with Edna ended up with his transformation into a hairy shambling creature.


For the new generation, a second series of 26 episodes (5 minutes each) was produced by Bobby Spargo in 2005. This time it was voiced by James Dreyfus. Although it maintains the style of the original some alterations we made to bring it up to date. 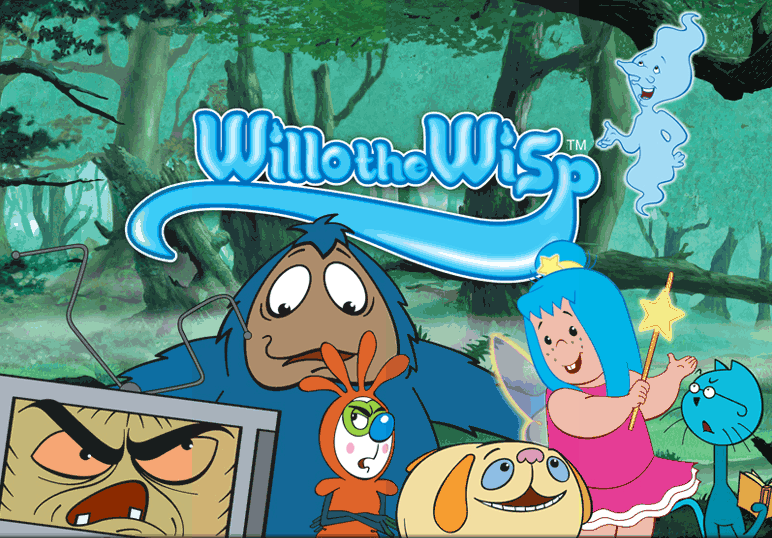 The second series aired on Playhouse Disney in the UK.