Made in Sheffield: Panache (part 1)

Panache Lingerie have some lovely modern offices in Sheffield (near Crystal Peaks) that they moved into in 2008, myself and some other bloggers were invited along a couple of weeks ago to hear about their range, see their work spaces and have a sneaky peak at what coming up.

We were introduced to Debbie, Alicia and Jenny who all have their own roles to play in bringing you the next seasons must haves in lingerie. 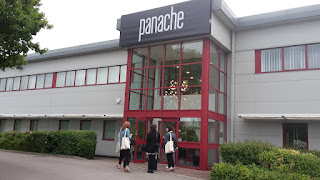 Part 1 covers the history of Panache and it's ranges.
Part 2 talks about the creative processes involved in bringing you a new season and what's next for Panache.


The History of Panache

In 1982, aged 47, Anthony Power began to buy and sell end-of-line lingerie to retailers from his garage and A&J Marketing (now Panache Lingerie) was started.

In 2007 Anthony Power retired from the business with his sons John and Danny Power taking over in 2008.

And now......
Panache has over 170 employees worldwide, with offices in Sheffield, New York and China, with Distribution Centres in Sheffield and New Jersey.

Panache brands are sold in 53 countries.

The Panache Head Office in Sheffield, houses all the key areas of the business including Sales & Marketing, Merchandising, Procurement, Customer Service as well as Design and Technical. 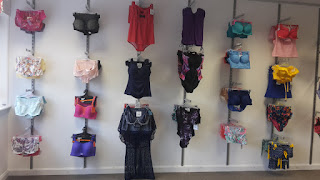 The creative team are finding it increasingly harder to design new colours, the Tango alone releases 2 colours a season as well as exclusives this means to date there have been over 150 different colours, Debbie has a board showing every colour ever made just to make sure the next time Alicia says "I want it in green" that it is a different shade to any other one made.  Sometime mistakes happen ...... do you own a Rita Orange? 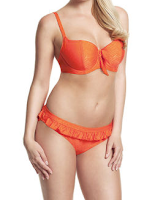 The iconic Tango range was launched in 2002 and quickly became a bestseller forming part of the larger Panache range which is crafted for fit, styled for comfort.  This range is the trademark and largest incorporating the maternity and bridal ranges.  I treated myself to the Tango Balconnet in Chocolate and Pink 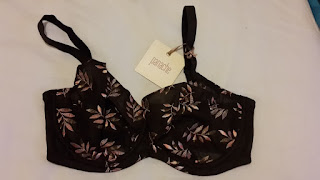 It also houses the core range of black, white and nude. 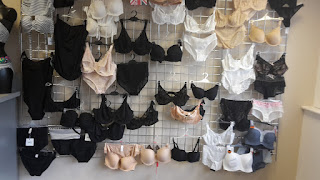 Panache Sport launched in 2011 after 3 years in the making.  A year later it won the UK Lingerie Awards Best Sports Bra.
Crafted for fit, styled for support this range prides itself in getting rid of mono-boobs with each cup moulded to encapsulate your breasts rather then compress them together.  As everyone is different they do both wired and non-wired bra's in this range. But fear not even the wiring is clever using silicone wires so they dont' dig in.  The testing process involves bribing as many office staff as possible into running naked on treadmills (yes even the 40GG cups) to ensure the bras provide 83% less bounce.  Panache Sport currently goes up to an H cup, though next season this increases to a J cup.


Panache Black (originally launched in 2005 as Masquerade)  is crafted for fit, styled for glamour using lace and satins.  It has evolved from being a night time only style to everyday as women want to feel sexier.  Don't be fooled by the name tho, it comes in a variety of colours. 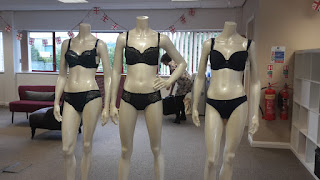 Sculptress is crafted for fit,styled for curves.   Launched in 2012 it caters for fuller bodied ladies.  Whilst all the models you will see used be Panache are 32E the Sculptress range uses 36F.

Cleo is my favourite range, crafted for fit, styled for fun it is so young and cute looking with bright bold colours.  It was launched in 2008 with it's swimwear range following in 2012
I bought myself a matching set from this range from My Curves and Me and it holds up to all the claims it was so comfy I almost forgot I was wearing it.

Even the straps have intrcate details on to finish them off.

Panache Swim launched in 2003 in response to the demand for well-fitting, D+ cup sized swimwear. Crafted for fit, styled for comfort the swimwear collection ranges from halter next swimsuits to bikinis or tankinis and kaftan's. I love that it is all mix and match so you can have a range of items that go together whilst being able to create your own style. 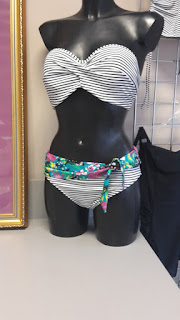