Last year Harry Riddles made his debut in Shoutykid 1 - How Harry Riddles Made a MEGA-amazing Zombie Movie.  If you didn't read it yet my review is here.  Ben loved it from beginning to end. So when I was asked if we would like to review the 2nd title in the series (out March 26th) the decision wasn't a tricky one. 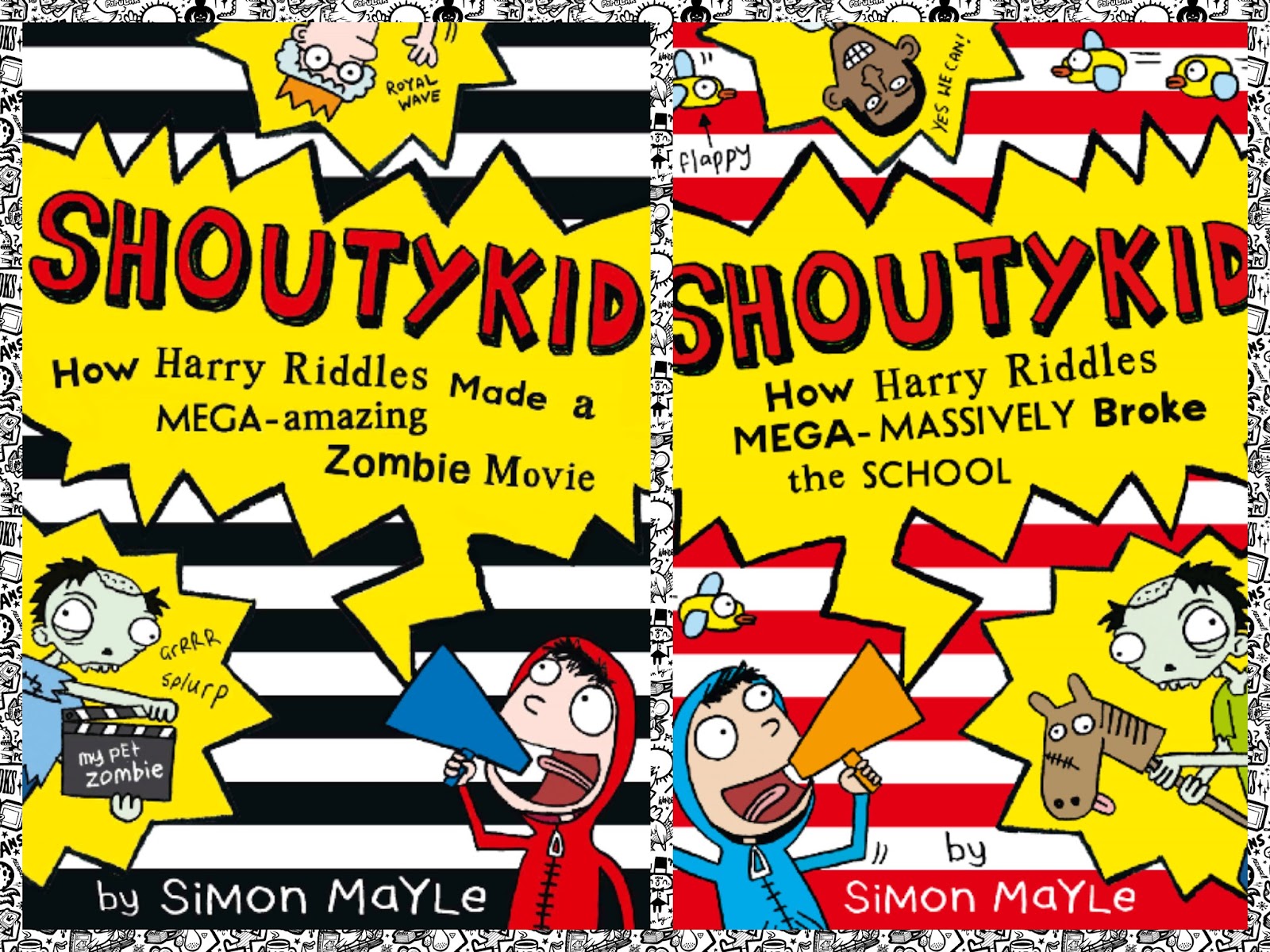 Shoutykid 2 - How Harry Riddles mega-massively broke the school, Harry has far bigger concerns than fighting Zombies (even tho he is "the BEST gamer World of Zombies has ever seen") and the cyber-bullies his dad wants him to take up.... Sport!!!   Harry's dad manages to persuade him to join the school football team, but unfortunately they aren't very good.  This leads Harry to write to some stars of the football world like Sir Alex Ferguson


"Dear Sir Alex Ferguson, the greatest football
manager of all time, hi there –
I know you’ve won more trophies than any other manager has EVER won in British
history, but there’s  one you missed – The South-West Schools’ Cup!
How would you like to help bring this home to my school, Mount Joseph’s?

Before you say yes, I should warn you that we really suck at football,
but if you fancy a new challenge and you’re getting bored of being retired,
let me know.
Good luck and have fun.
Harry Riddles"


Dear David Beckham, England’s Greatest Dad and Footballer, hi there
My mum said if there’s one player in the whole of England who could help turn me
and my school team from a bunch of losers into the best team in the South-West, it would
be you. I told my mum that’s not going to happen because you don’t live in Cornwall,
but my  mum said you LOVE Cornwall. So that gave  me a great idea!! Why don’t you move
your family down here and live your CORNISH  DREAM?!! Then you could send your
kids  to MY school. I think Cruz is about my age, and if he’s anything like you, I can tell
Mr Phillips we have some real talent on the way and maybe – JUST MAYBE – we won’t
get CRUSHED in the first round of the cup. That’s all I have to say.
Good luck and have fun and GBTM soon!
Harry Riddles
to see if they can help out....

But his problems don't end there, having to contend with his evil sister Charlotte was bad enough now his parents drop the ultimate bombshell - mum is having twins!  Harry needs to get rid of Charlotte so he tries asking some celebrities, such as Brad Pitt's wife to see if they can adopt any of the kids.

The books are really up to date, Harry even writes to baby Prince George to ask him about how he feels becoming a big brother


Dear Prince George,
It kind of sucks when your mum has a new baby and everyone’s like, ‘Congratulations,
isn’t it great?’ and you’re thinking, ‘Not really, I might have to share my bedroom.’
But maybe you don’t have that problem? Don’t worry that your Mum and Dad will
like the new baby more than you – they probably won’t and anyway you still get to be
King one day so Ha! I won’t get my own country but I am better than the twins at X-box!
Good luck and have fun
Harry Riddles
P. S. Say hi to the Queen from me.

Or perhaps the politicians can help with his big speech?


Dear David Cameron, Nick Clegg and Ed Miliband, hi there
Do you get nervous when you have to give a speech? I’m doing
a talk at school about this awesome game I built called Zombie
Show Jumping, but what if I forget my words or have to go to
the toilet part way through? Has that ever happened to you? GBTM soon.
Good luck and have fun
Harry Riddles


Shoutykid 2 is published by Harper Collins and is 400 pages long.  This may seem a huge amount for children age 8+ but in reality the pages have very few words.  The pages are written in many different formats e-mail, forum posts, text messages and speech bubbles as well as letters.  This is a great way of introducing children to the different types of writing and why these styles are used.
In this technological age, even if they don't play Zombie films (as apparently that is now classed as child abuse) every child with a PS3/ X-Box will be able to relate to Harry and his experiences.  It may even persuade your most reluctant writer to put pen to paper and write to a celebrity about something.

The website feature some great additional material, I love this storyboard template. 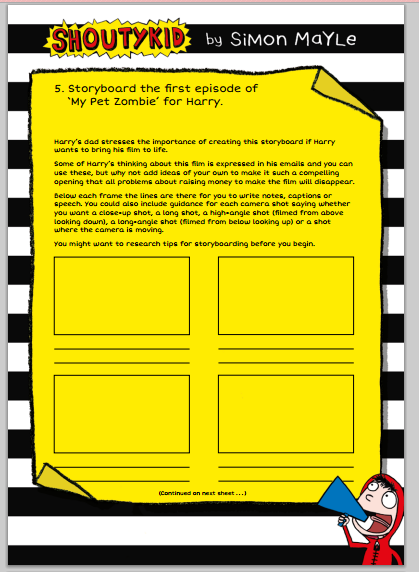 Shoutykid 2 has an RRP of £6.99, you can buy books 1 and 2 (as well as pre-ordering the exciting 3rd book in the series on Amazon now.


I've also got a copy of book 2 to give away to one lucky reader, simply complete the rafflecopter below.

Enter just once or enter all ........ it's entirely up to you - the more you do the greater your chance to win.


Disclaimer:  I was provided with one copy of Shoutykid 2 for the purpose of this review and the opportunity to give one away.
Posted by Scouting Mummy at 20:59