Made in Sheffield: Proove Pizza

Starving after our visit to the Children's Hospital, and with it being gone 7pm so not wanting to cook anything I remembered a new Pizza place had opened in Broomhill and decided we should go and pay it a visit.

After checking the menu we choose some dough  balls for starters (£3) and margherita pizza (£5.90) with pepperoni (£1.50) for the main course.  The boys had the same from their kids menu (£6.50 for starter, main (half an adult pizza), dessert and squash.

The meal was really yummy.

The dough balls were evenly formed and cooked with a crusty outside and soft inside.  The garlic dip, I was informed, tasted great (Noah even tried to drink it). 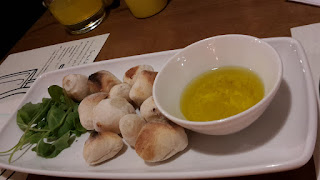 Proove Pizza have a woodfire oven which gives the dough a leopardo cornicione (leopard print) base and crust.  The dough rose perfectly around the tasty centre.  We did have one problem tho, the pizza's were served on plates.... with reasonably blunt knives.... this meant every time you cut into it chills went down your spine (imagine nails on a blackboard).   However they were in the top 2 best pizza's ever.  In Noah's words they were "super fantastic" and he's already asked when we can go back. 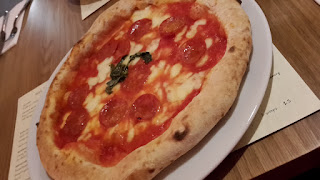 The boys both had chocolate brownies (made by Forge Bakehouse) which they loved, I managed to steal a nibble and they were very good. 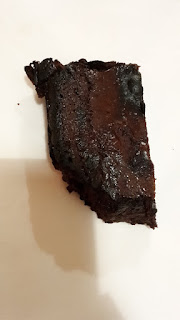 Verdict
For a sit down meal this is restaurant is priced within the normal range I'd expect.  Unfortunately while waiting for the pizza to cook we were told they were only taking cash (due to teething troubles) so hubby had to go and find a cash point, perhaps it would have been better to mention this earlier on.

Would we go again?  I'm pretty sure we would if it was a special occasion, definitely better then some of the larger pizza chains and the staff are much more friendly.