I promised you I'd let you know how Ben's birthday and his party went... so here's a round up for you (I'm going to get round to the "how to's" I promise).

The decorations I mentioned a few posts ago from Kids-Partyshop.co.uk look absolutly fantastic. 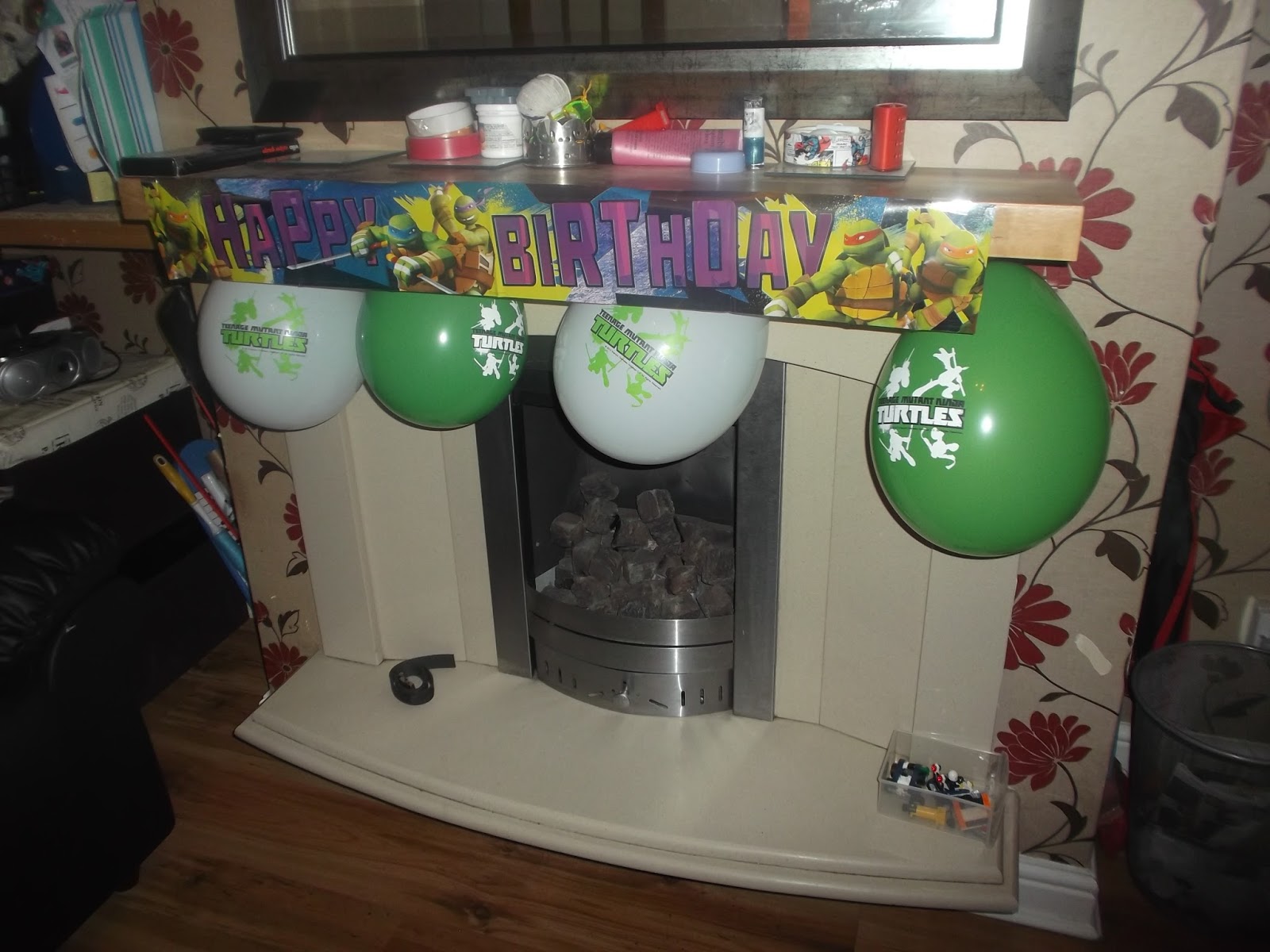 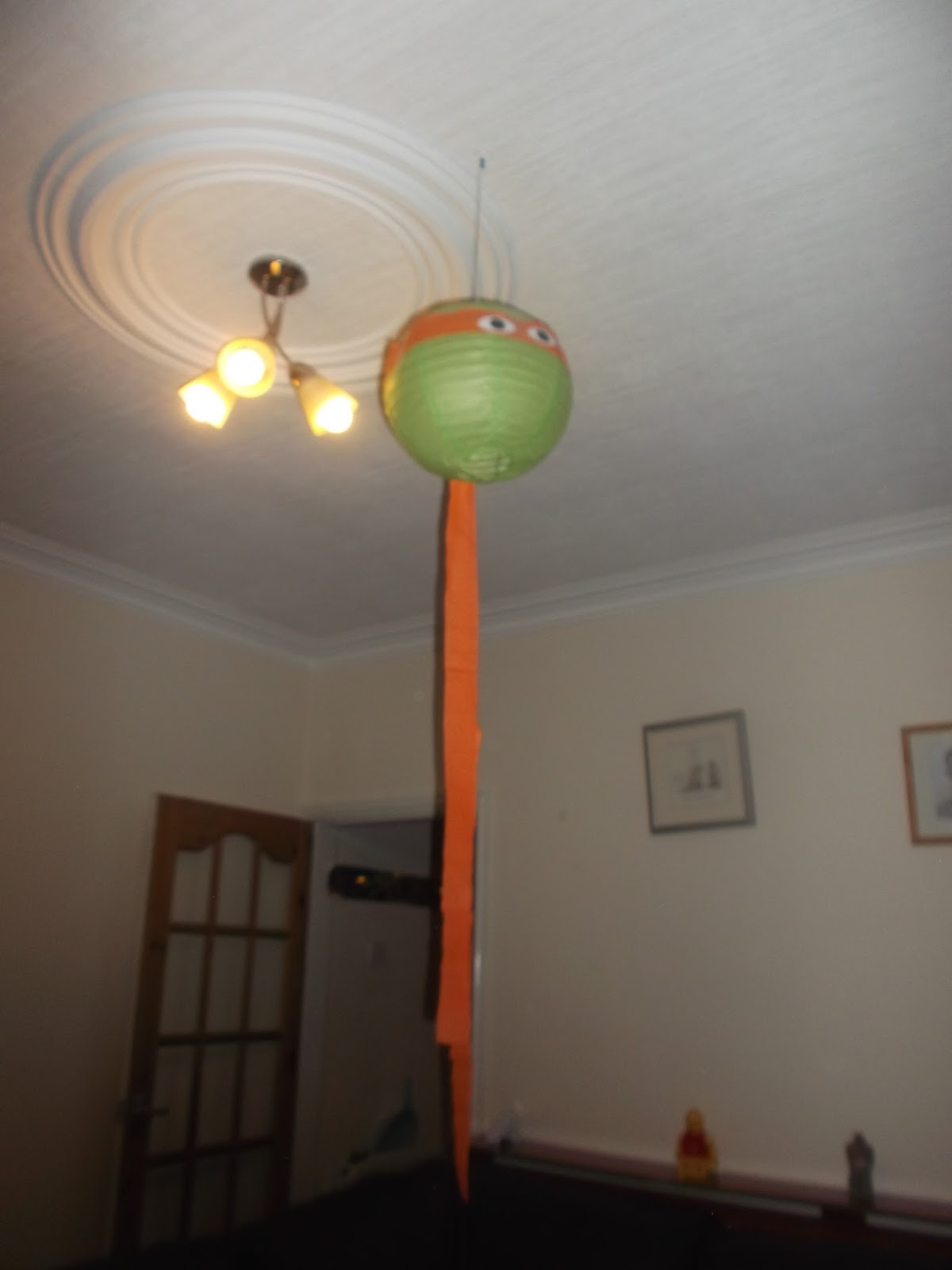 and Ben loved his presents.... 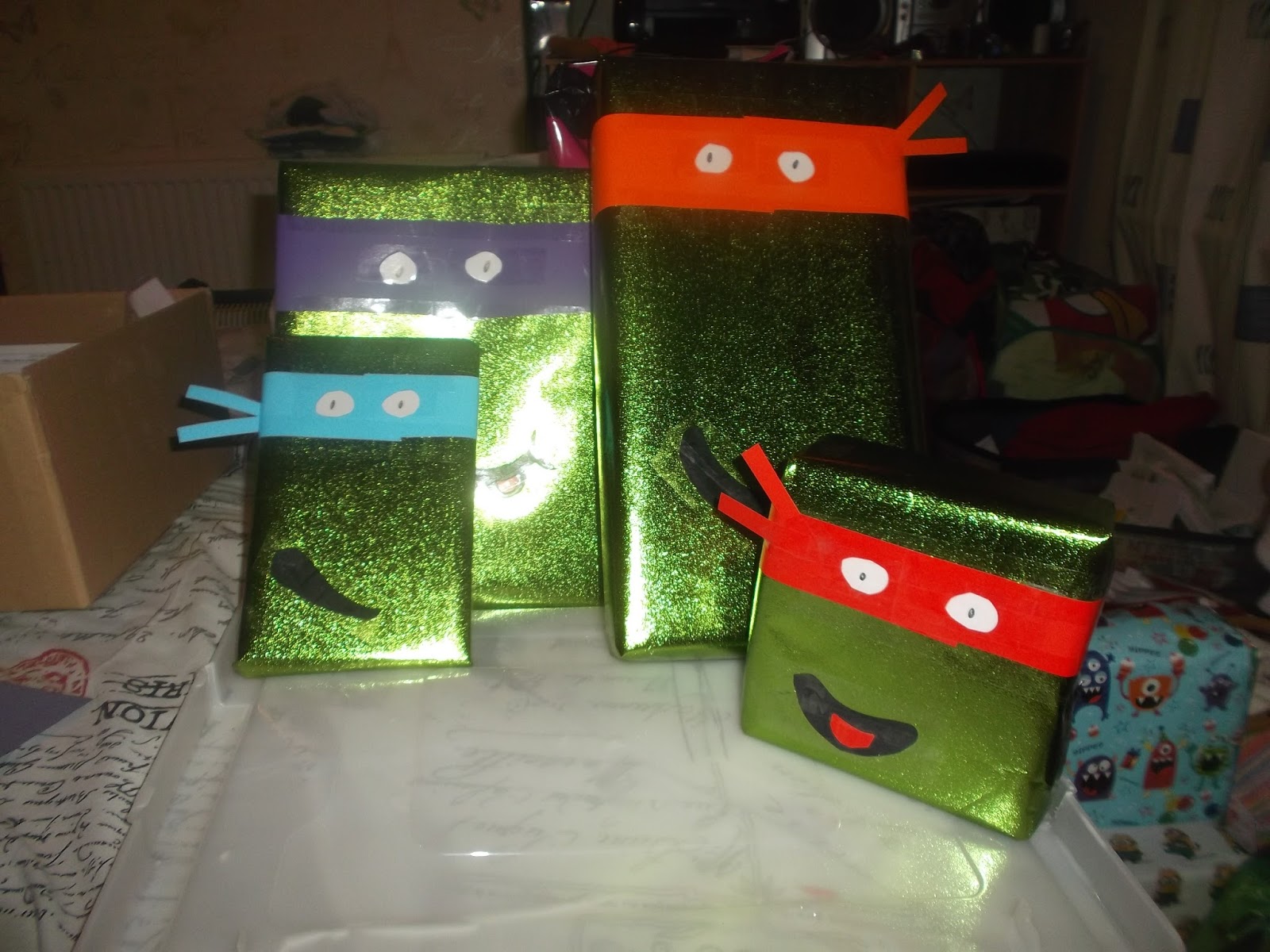 Fast Forward to Saturday......
Our homemade Turtles were leading the way.... 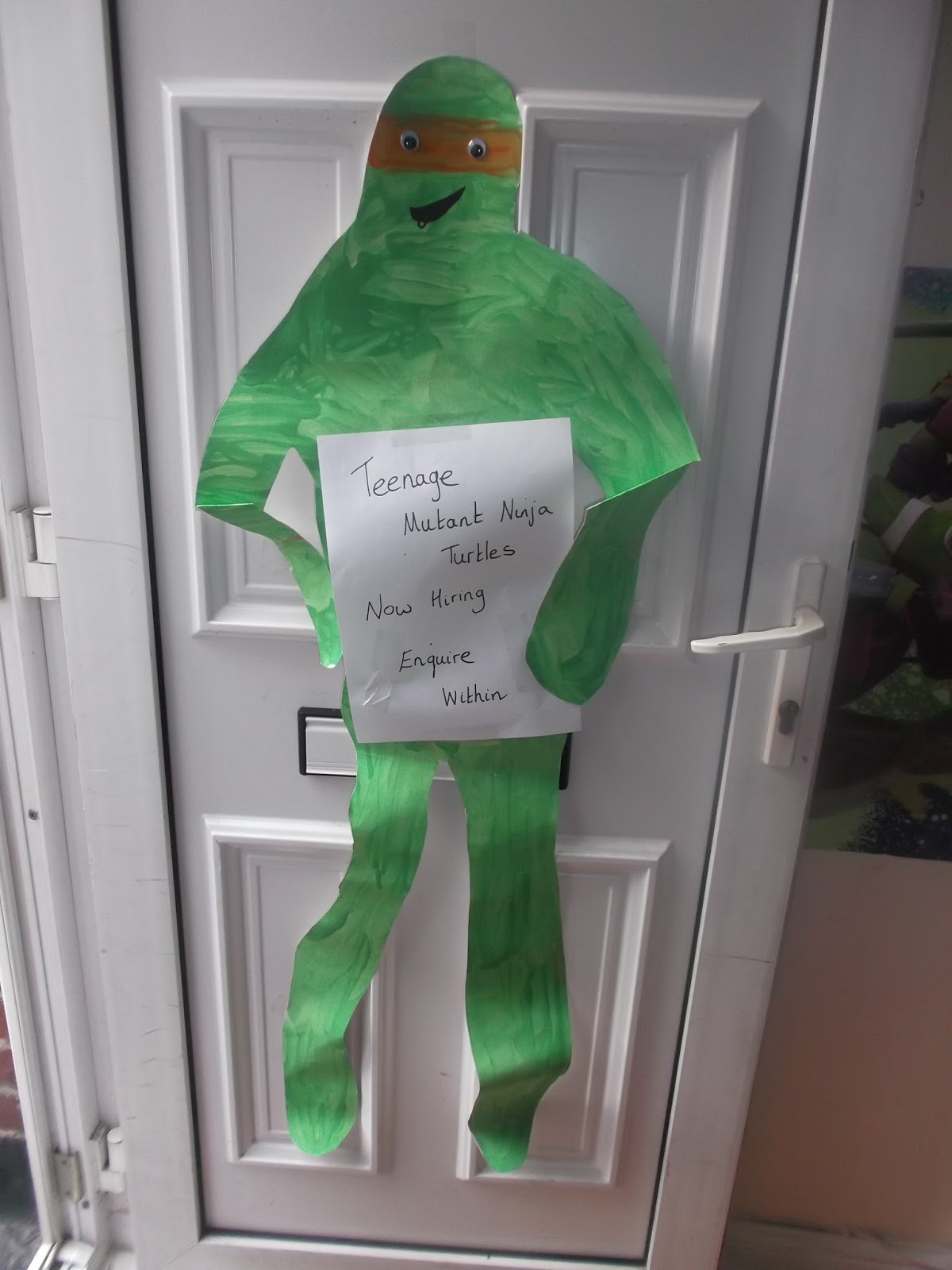 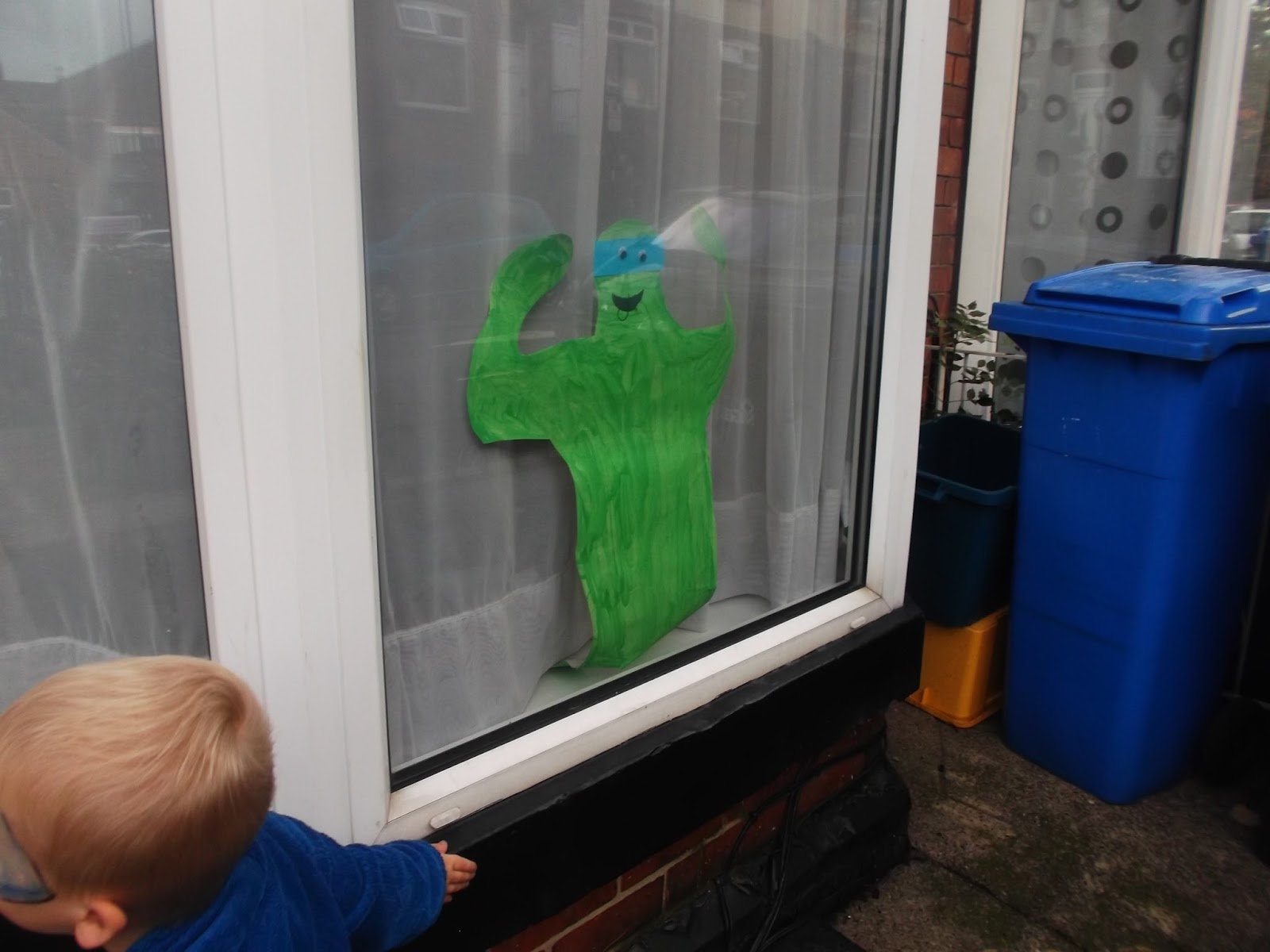 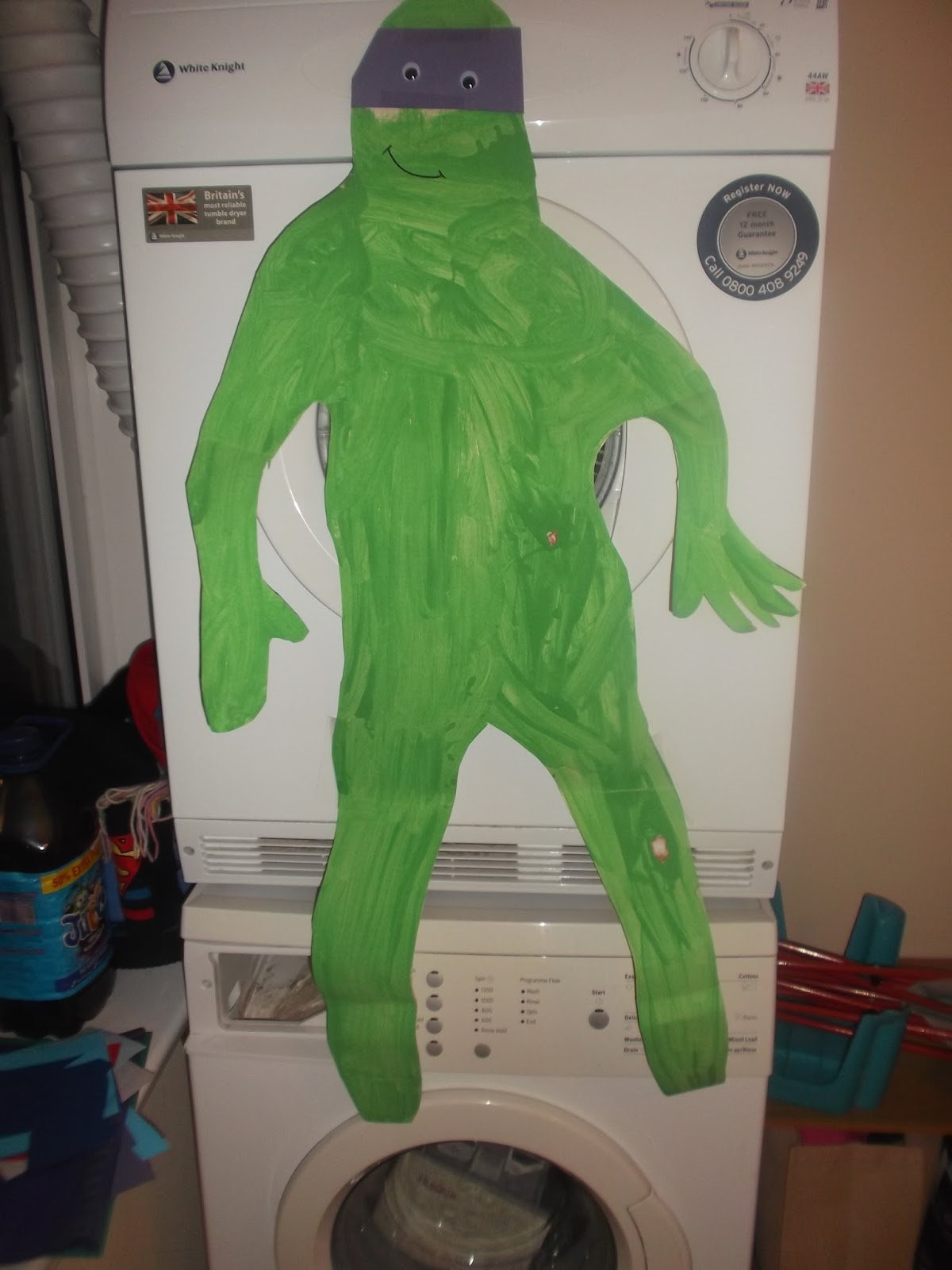 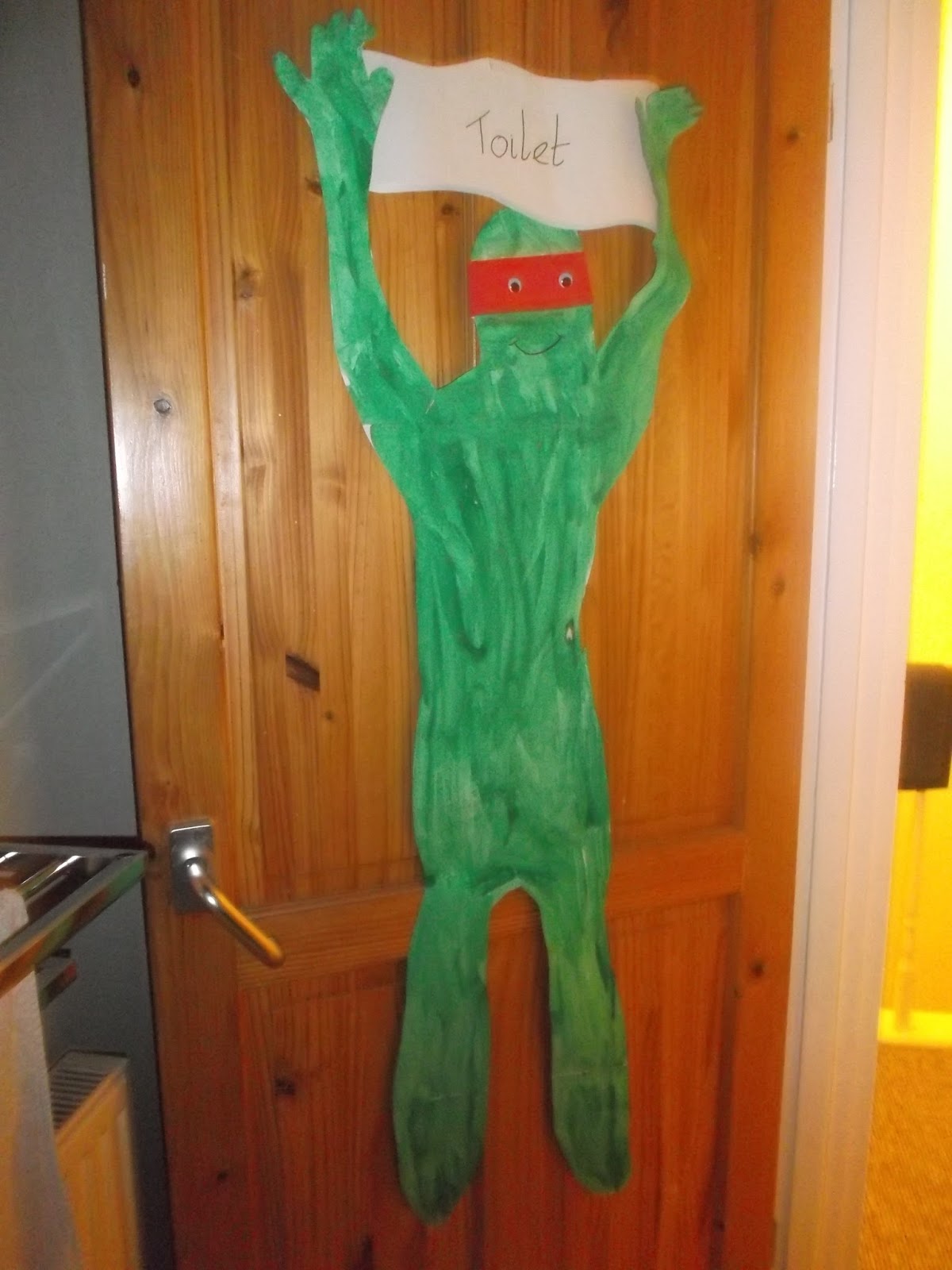 The goodybag treats were all ready to go. 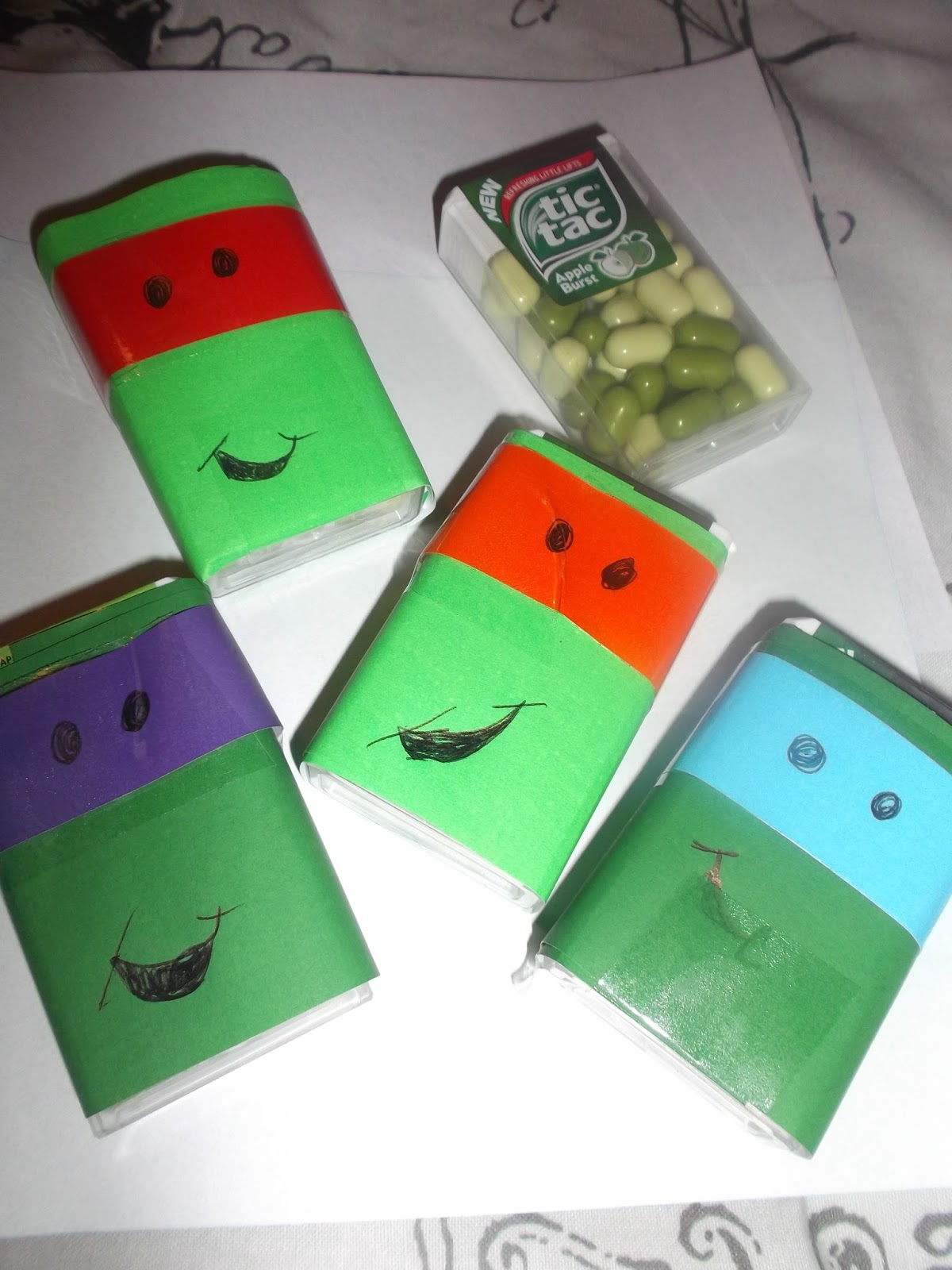 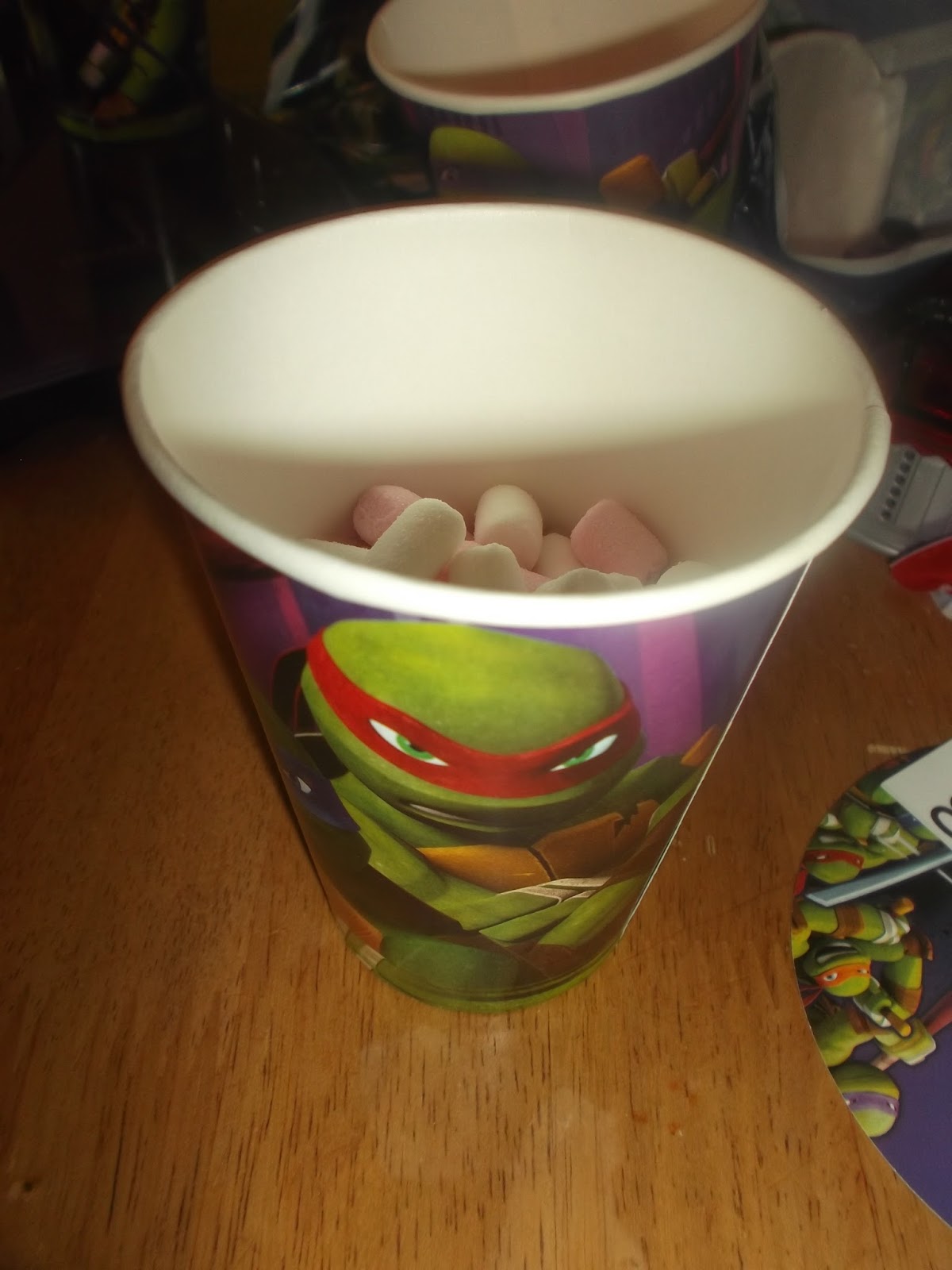 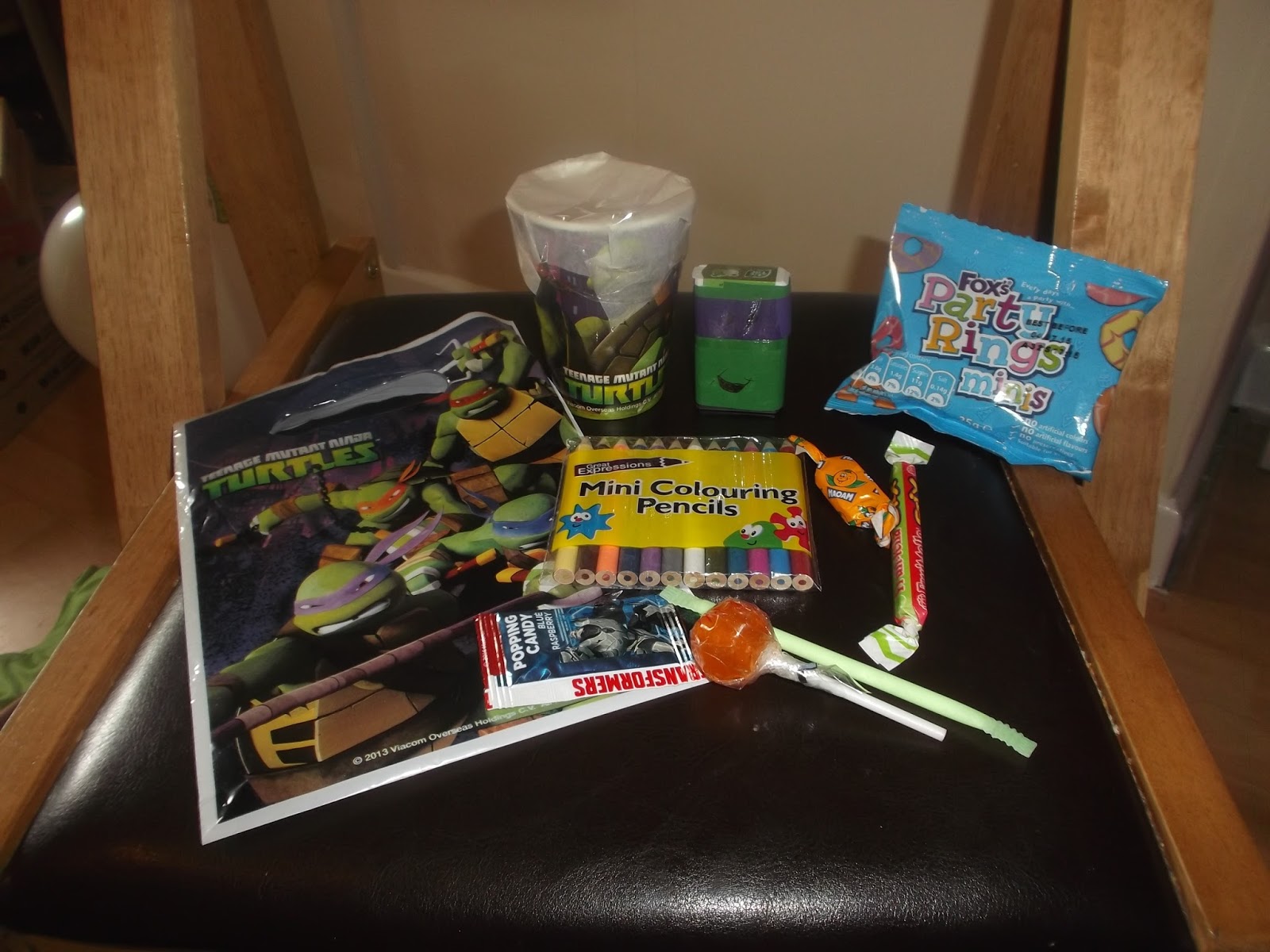 And the boys were dressed up. 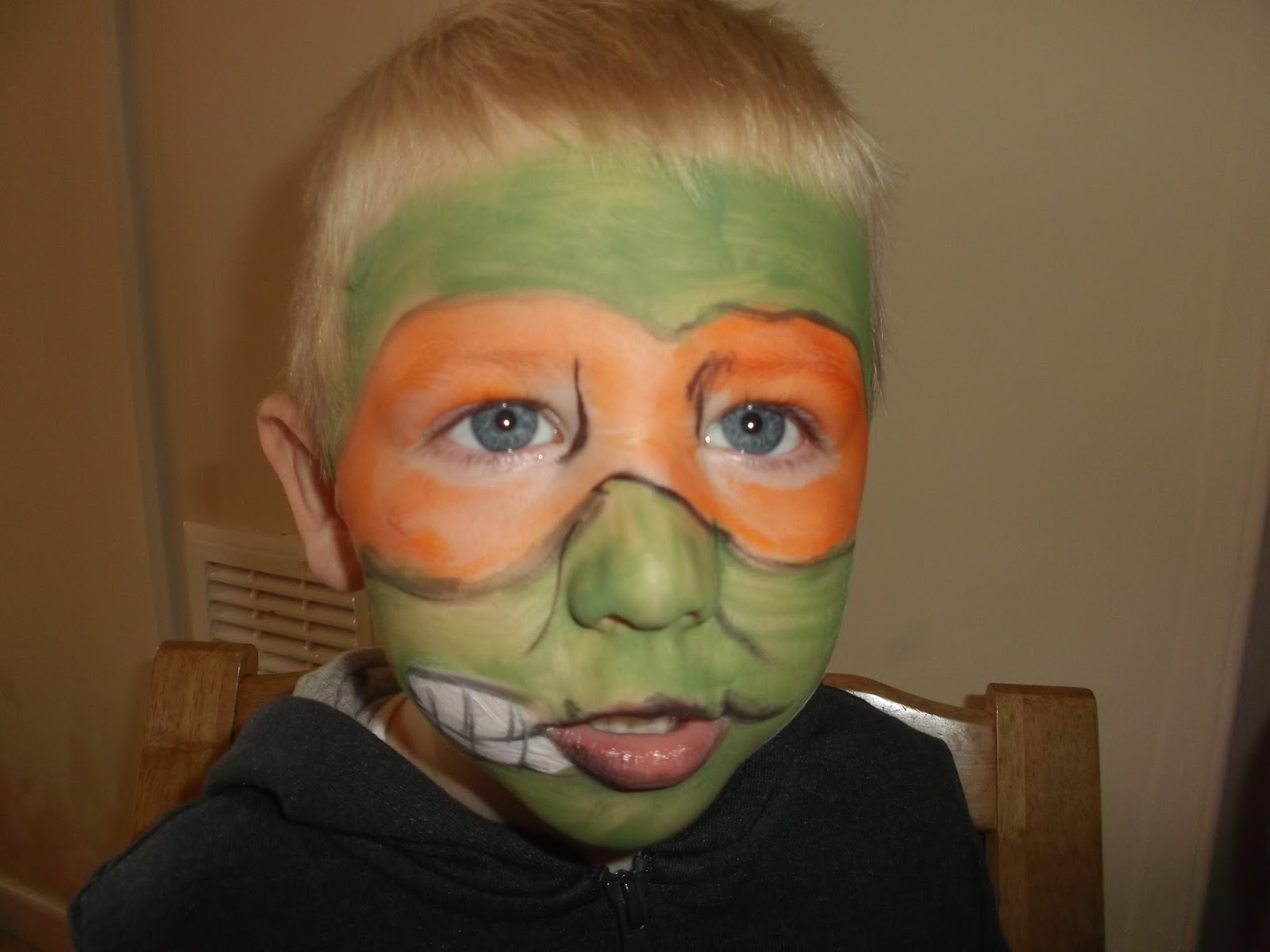 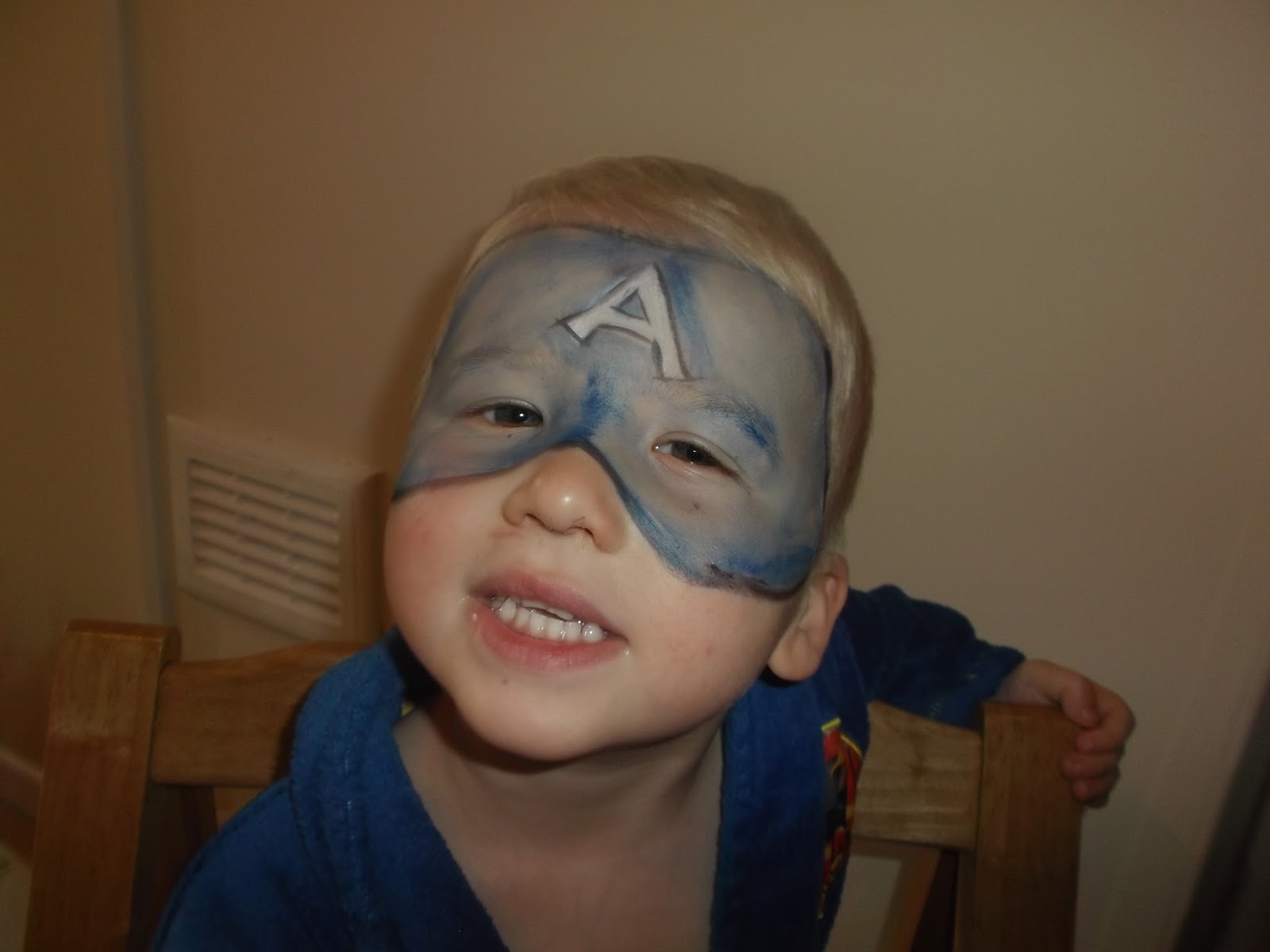 And all his friends arrived, and promptly abandoned me to go play in Ben's room before a game of Put the Mask on the Turtle (the one we got from Kids-Partyshop).  The mask was a massive fail as the children could clearly see exactly what they were doing.  All I can see is how pleased I am to keep an 'emergency present' box as my husband declared 2 winners!!!

Then onto tea.  Of course we HAD to have pizza.  Which I teamed up with some chicken nuggets and smiley stars.  But putting them on plates would have been FAR too boring.  You should have seen the kids faces when I served them up up special TMNT pizza boxes kindly donated by Pizza Hut.
These boxes are 'blipable'.... nope I didn't know what it meant either, until we downloaded the app.  When you hover the phone over the box the image comes to life on the screen and you can access all sorts of exciting content.  We let the kids take them home so they could see for themselves with their parents. 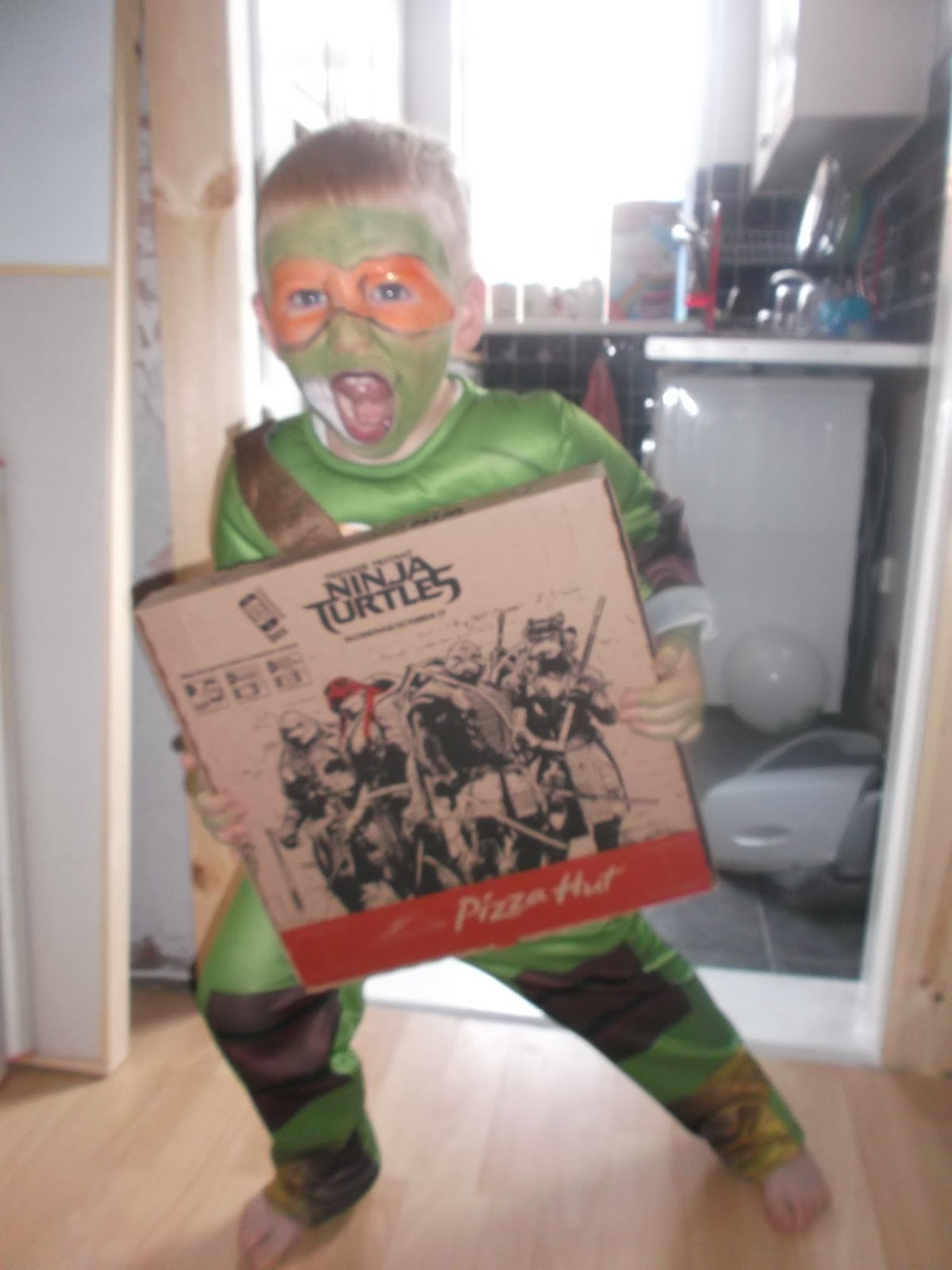 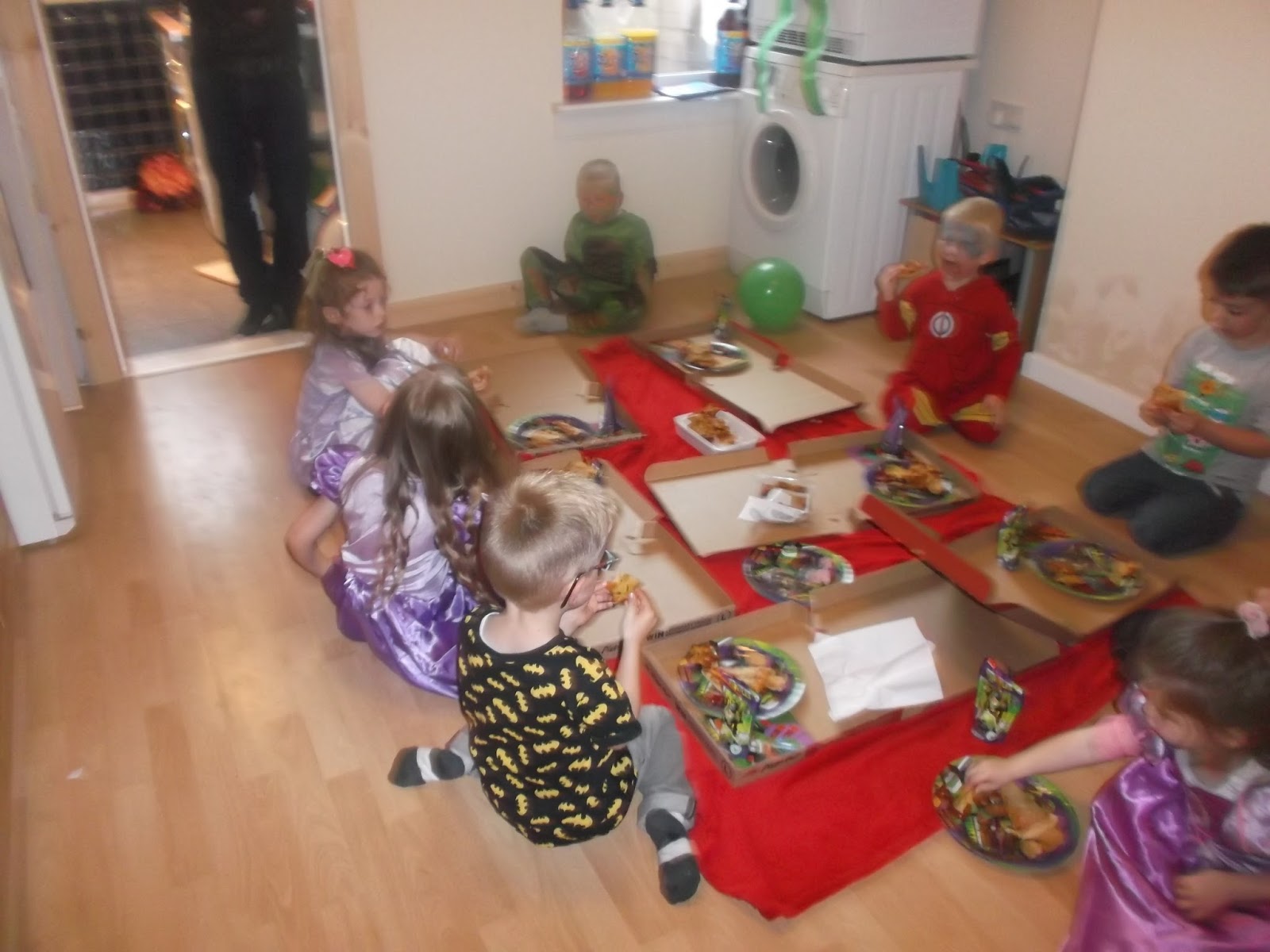 For desert we had a selection of Turtle treats.... Cadbury's mint chocolate mini rolls, Mr Kipling choc and slime slices and an amazing jelly made by mixing Hartley's Lime Jelly with Morrisons Lemonade Jelly crystals.
Ben had a Teenage Mutant Ninja Turtle Cake from Morrisons which was one of the nicest cakes I have ever eaten. 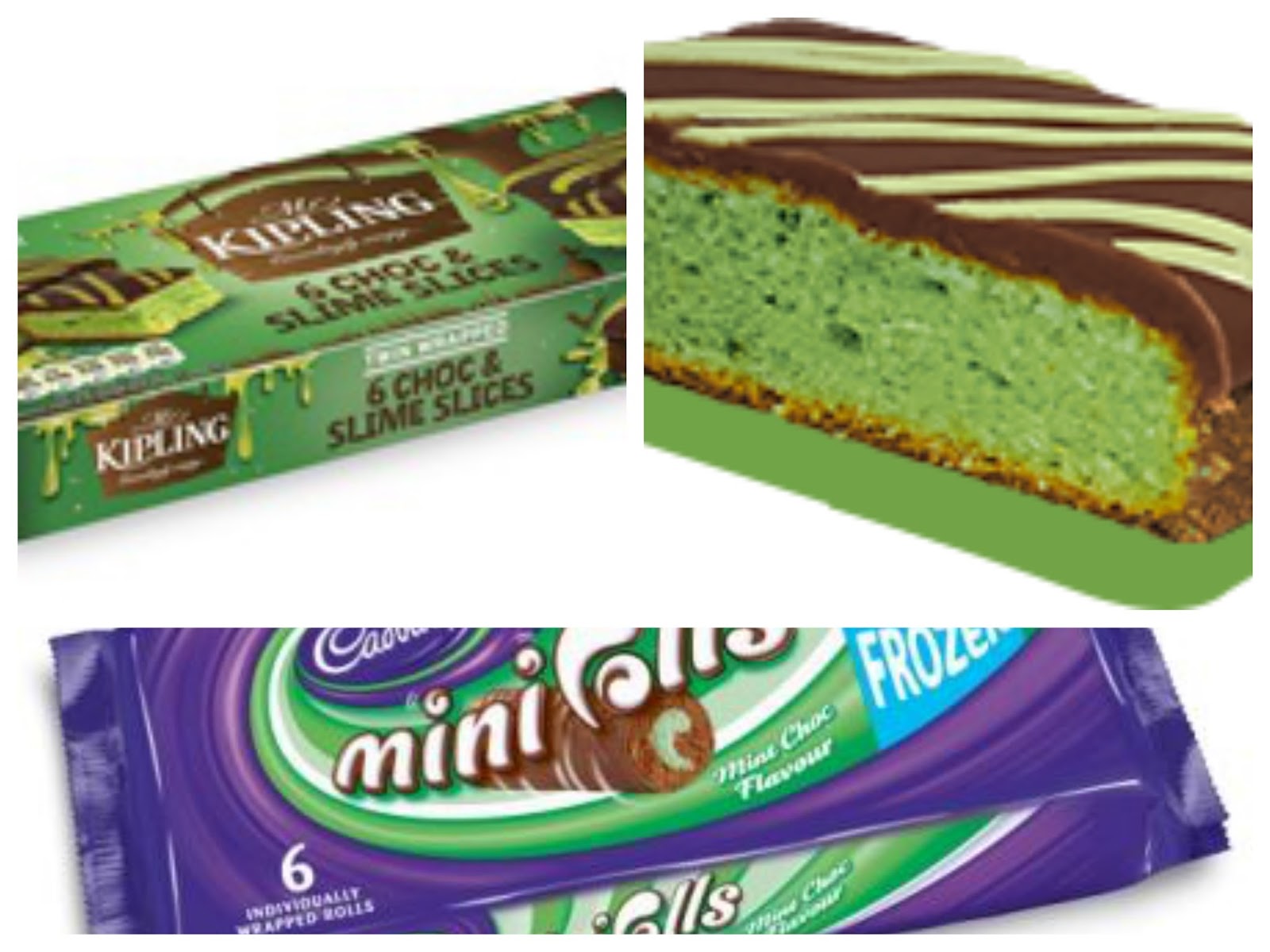 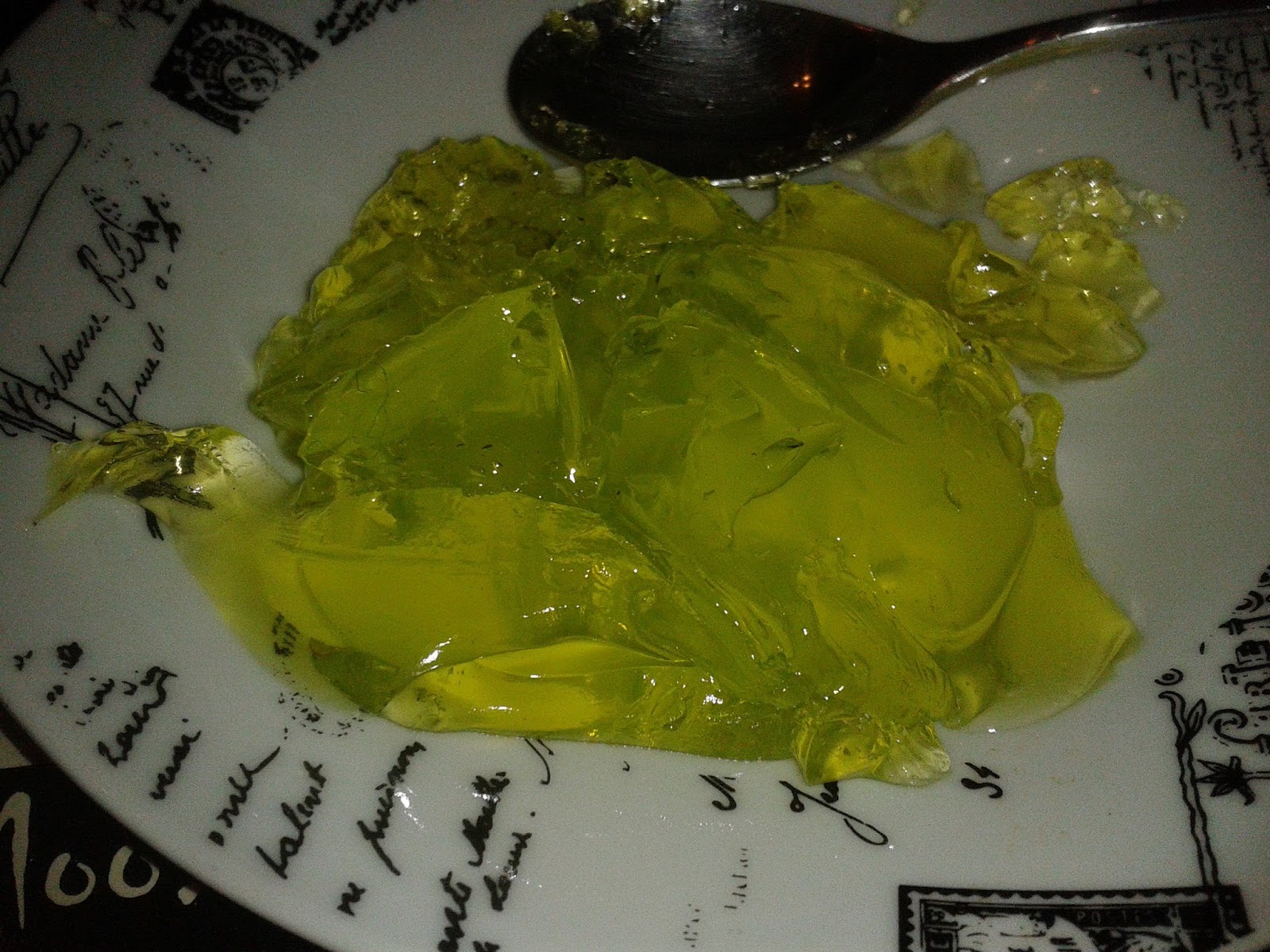 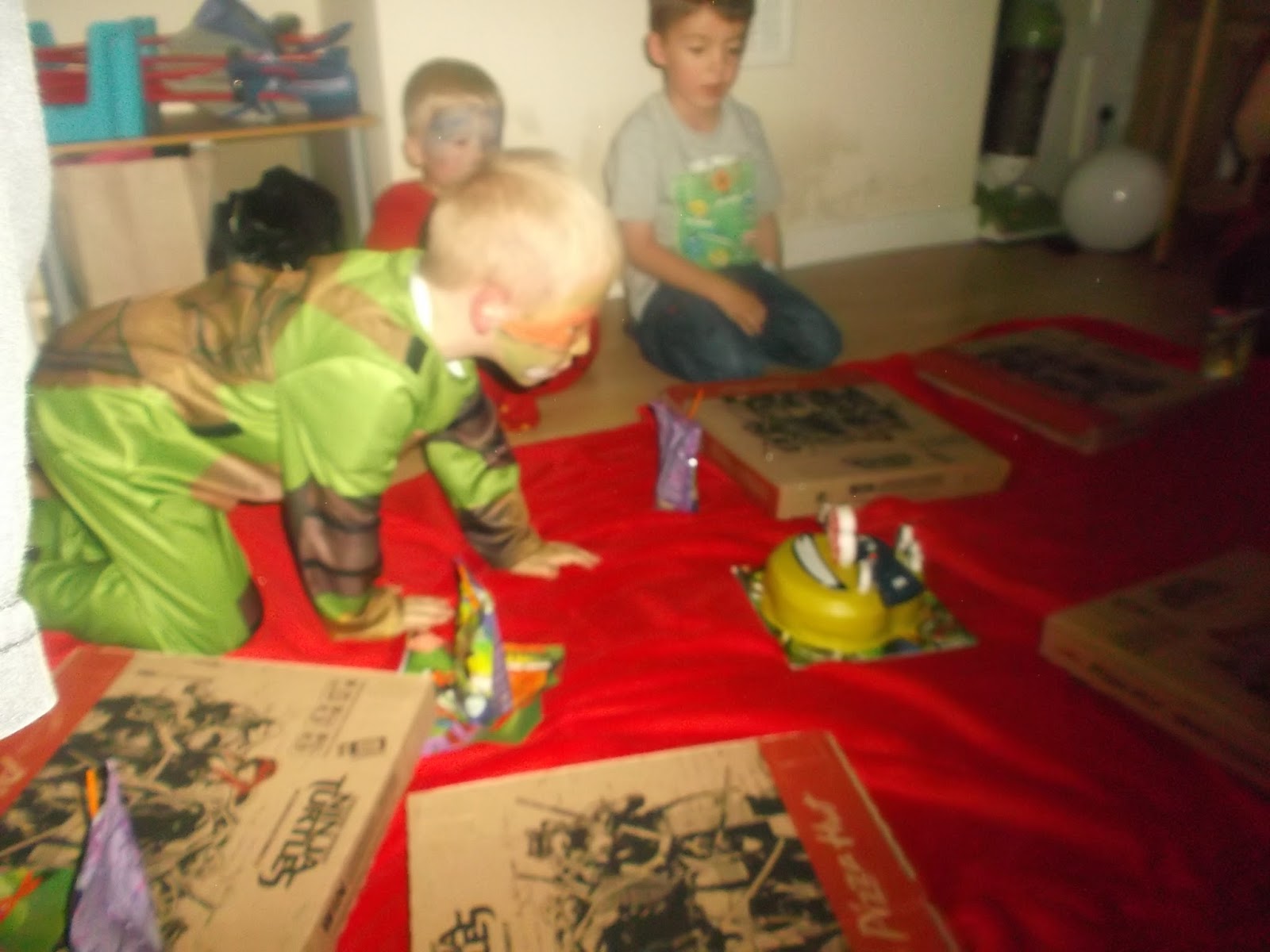 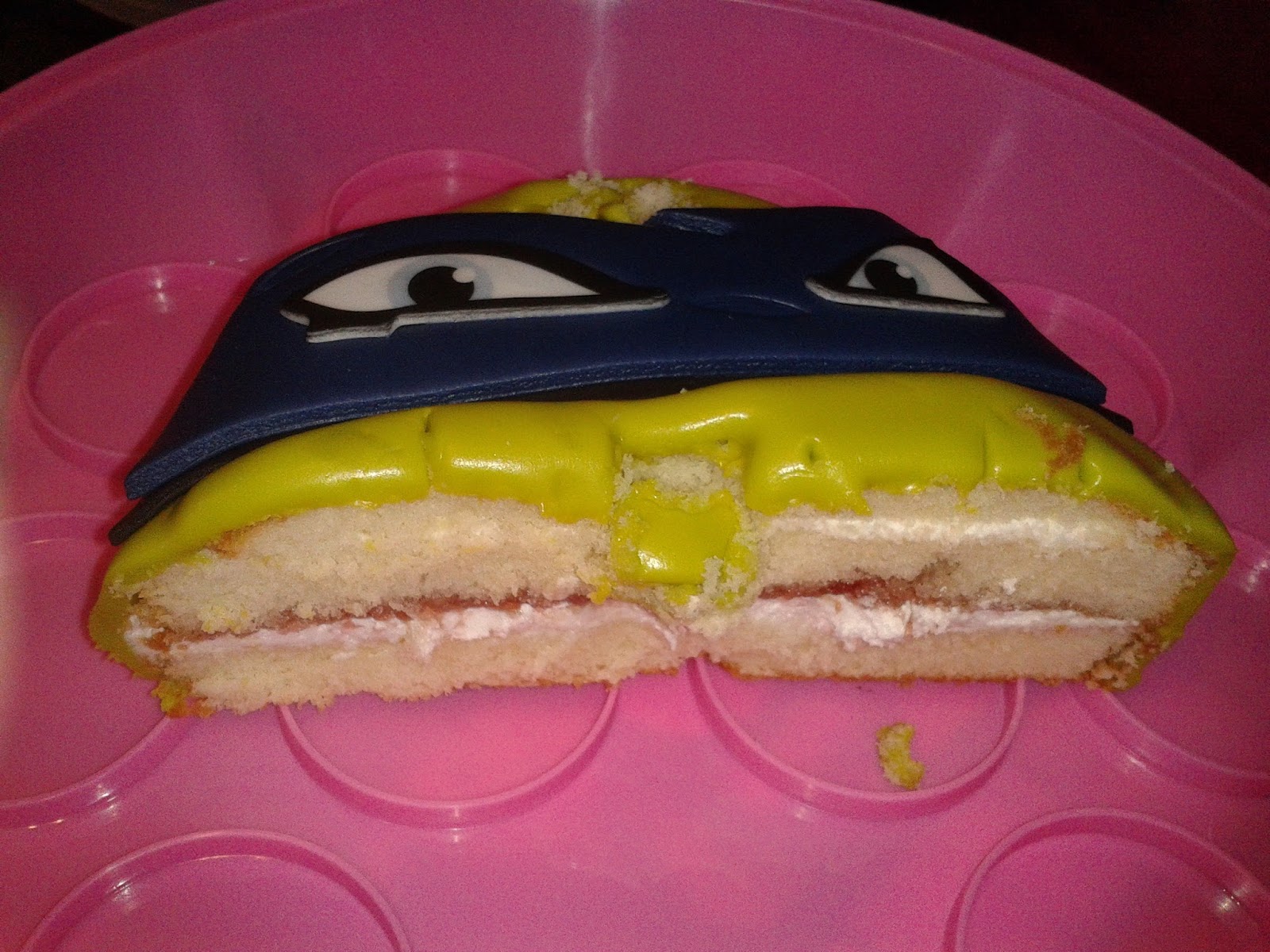 Then full up, it was time for a quick game of Pass The Parcel before the children went home. 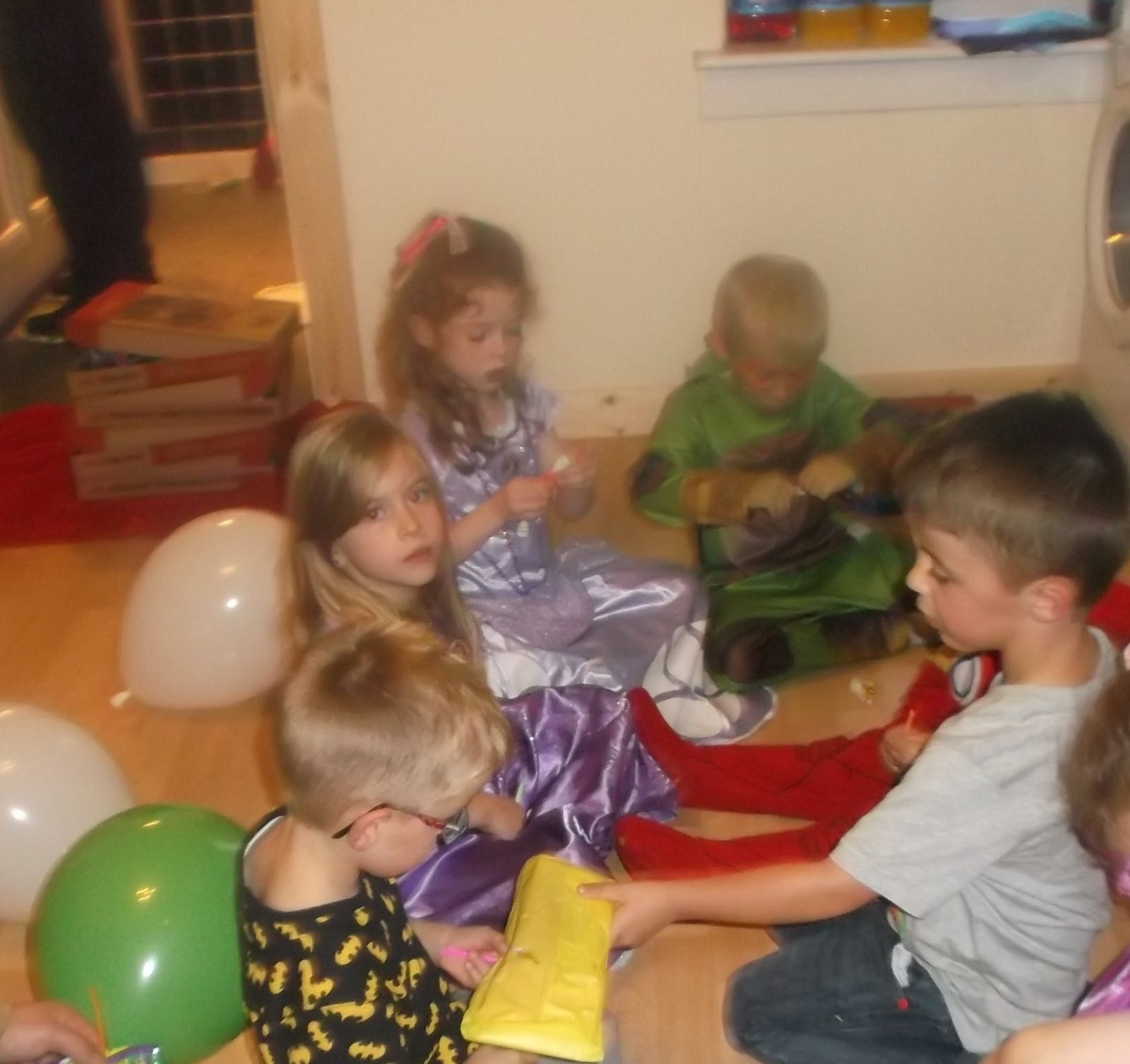 A great day was had by all I think.