If rumours are to be believed then Danger Mouse will be returning to our screens in 2015, but with a lot of technological updates.  Whilst I am sure the new generation of children will love it will it really be a patch on this British classic? 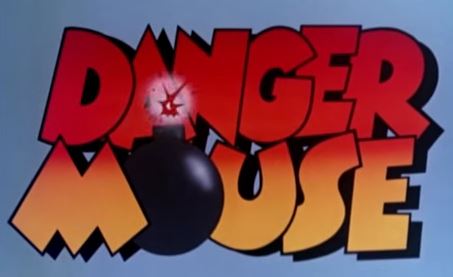 The animated series, produced by Cosgrove Hall Films for Thames Television, ran In the UK from 1981 to 1992, making a return to children's TV in 2007.  It features Danger Mouse, an English mouse - voiced by David Jason - who works as a secret agent with help from his hamster sidekick 'Penfold' (voiced by Terry Scott).

Danger Mouse (voiced by David Jason): The world's greatest secret agent - so secret, in fact, that his codename has a codename. He speaks 34 languages fluently, including some extraterrestrial ones.

Penfold (voiced by Terry Scott): Penfold is a timid, bespectacled hamster, and Danger Mouse's reluctant assistant. Penfold is half the height of Danger Mouse, and always wears thick round glasses and a crumpled blue suit with a white shirt and a yellow and black striped tie. He is coward, becoming terrified at any sign of danger.

Colonel K (voiced by Edward Kelsey): Danger Mouse's chinchilla boss.  He previously worked for Special Branch, where, he was known as Special K.


Villains - there are loads of villains in the series, here are just 3.

Baron Silas Greenback (voiced by Edward Kelsey): The recurring villain and Danger Mouse's archenemy; a
toad with a wheezy voice, although, sometimes, he was referred to as a frog.

Nero: Greenback's pet. A fluffy white caterpillar. He is a non-speaking character although, his noises and laugh are supplied by David Jason's voice sped up. Readily understood by Greenback. 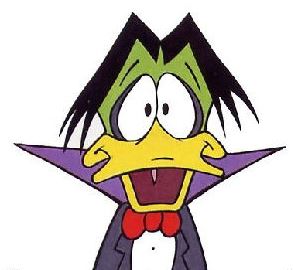 Count Duckula (voiced by David Jason): A fame-obsessed vampire duck who wants to get his own show (and as you may remember later did in a spin off show!). However, his utter lack of anything approaching talent makes his attempts to "entertain" rather terrifying


Why not watch this youtube clip and relive the nostalgia.....