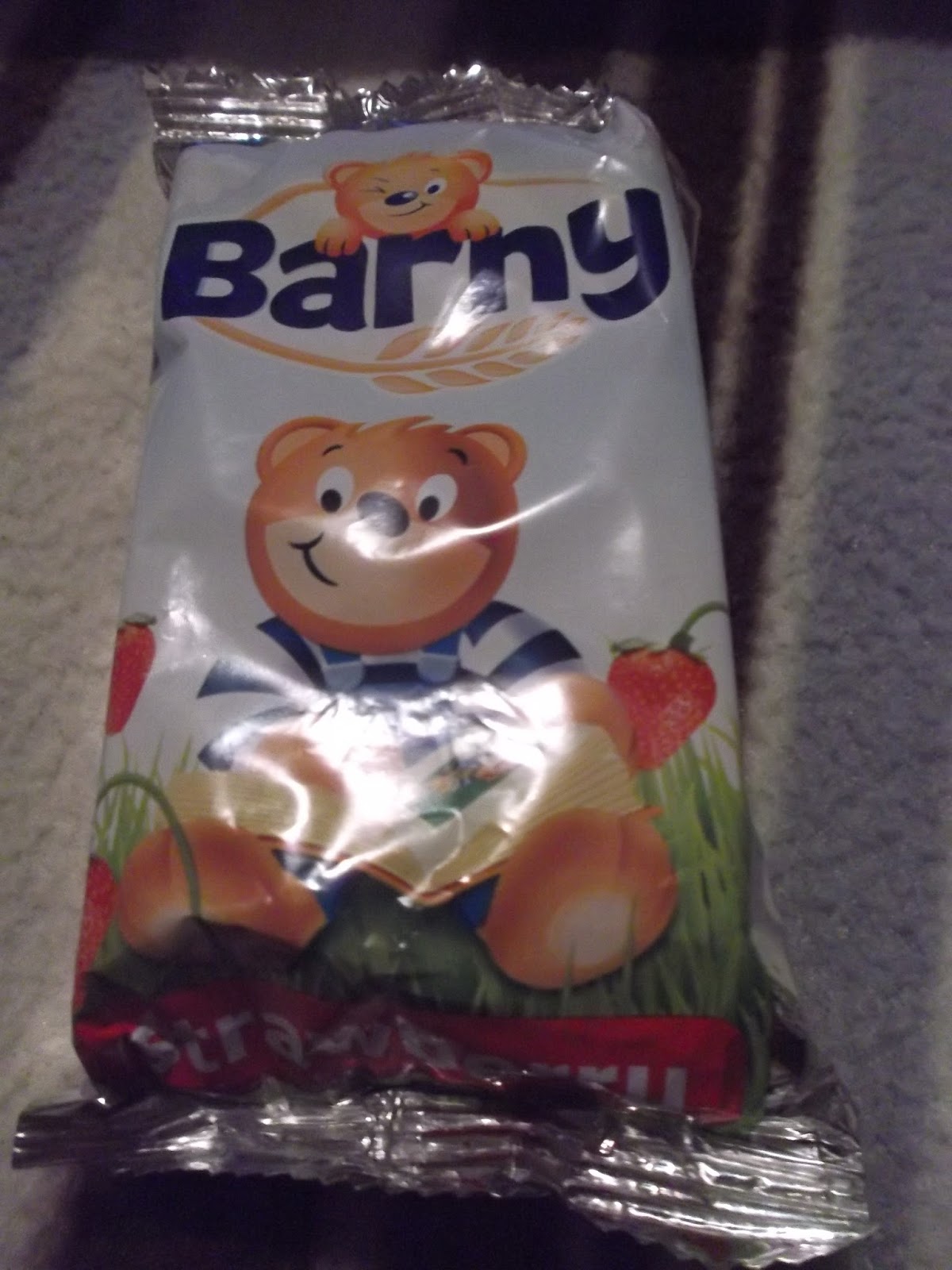 I'm Barny-Straw, probably one of the quieter members of the Barny family.  I love to get lost in adventure books rather then actually leave the house. 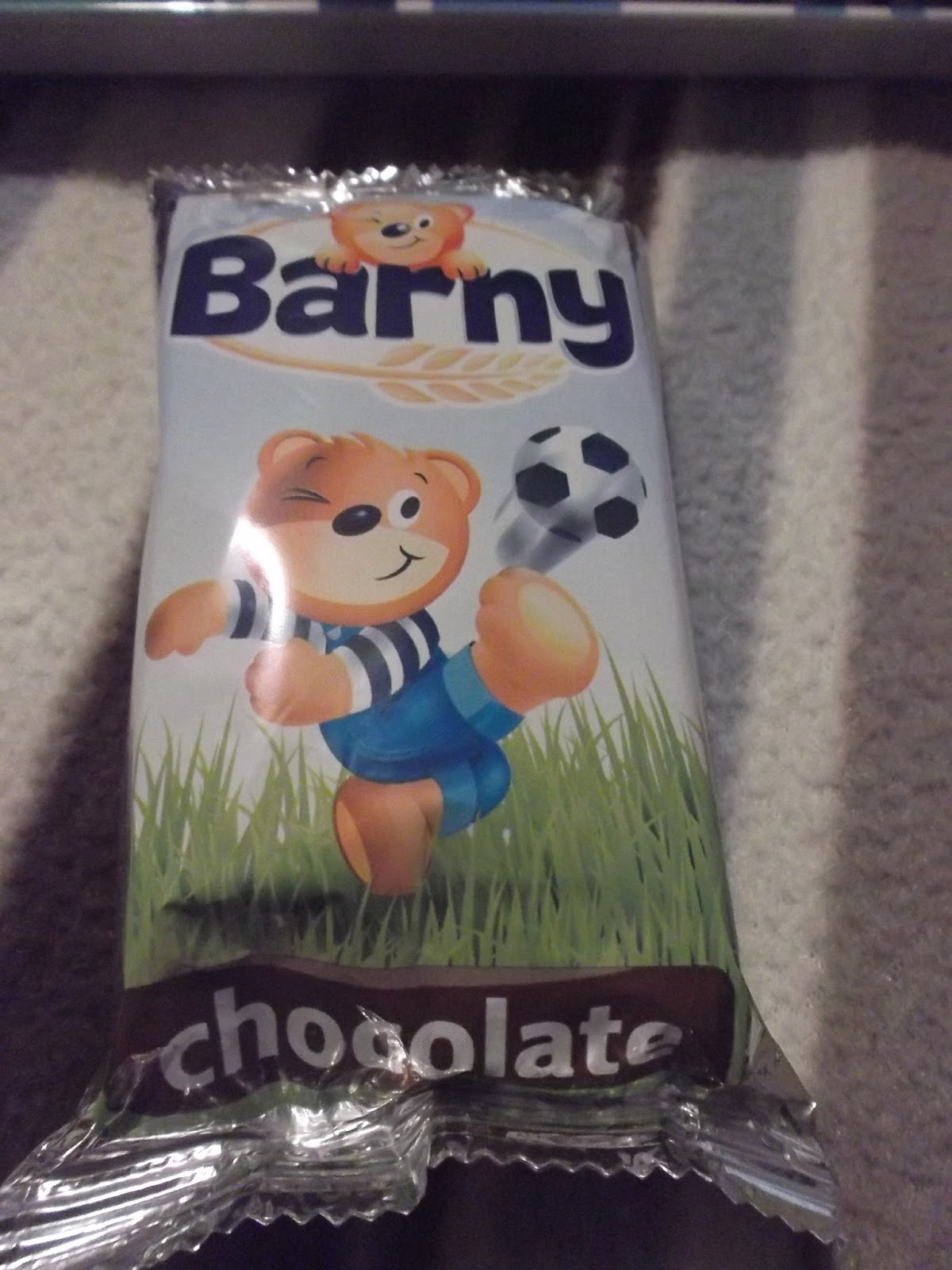 I'm Barny-Choc and I am football mad... yay that the world cup is on.  I like nothing better then to be outside chasing a ball and can't wait to go to the park and show the boys my moves.


Mumsnet sent us to Sheffield to meet Chickywiggle and her boys and go on lots of adventures.....and we just had to make sure we told you all about them.


Being Barny Bears we aim to inspire kid's natural curiosity and we love adventures.  From playing in the garden, going to the park or just spur of the moment discoveries.  To top it all off we are delicious.  Whilst we asked chickywiggle's boys not to eat us (we're too much fun) we did bring some of our sponge friends with us for them to try.  And their verdict so far has been a yummy thumbs up to our secret strawberry and chocolate hidden centres.  (so much so they have asked their mummy to keep an eye out for our cousins with apple and milk middles.)  We've even caught mummy sneaking a peak at us and I am sure she'll be having a nibble if she can sneak one past the boys. 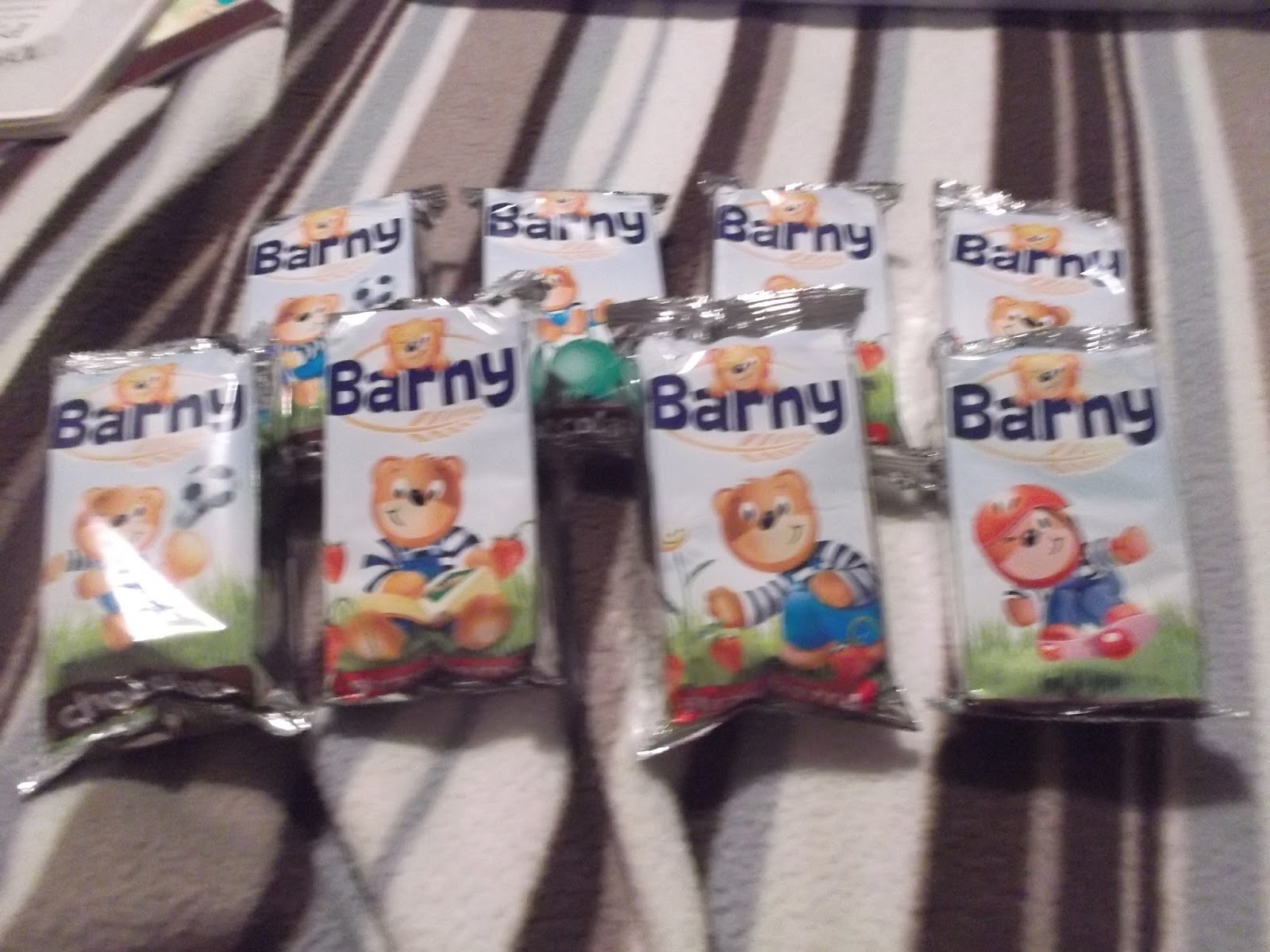 Chickywiggle was really happy because Barny contains no artificial colours or preservatives and is carefully baked with ingredients including wheat flour, milk, eggs and sugar.  We are so easy to take out on picnics (or to keep in her already overcrowded handbag) as we are individually wrapped. 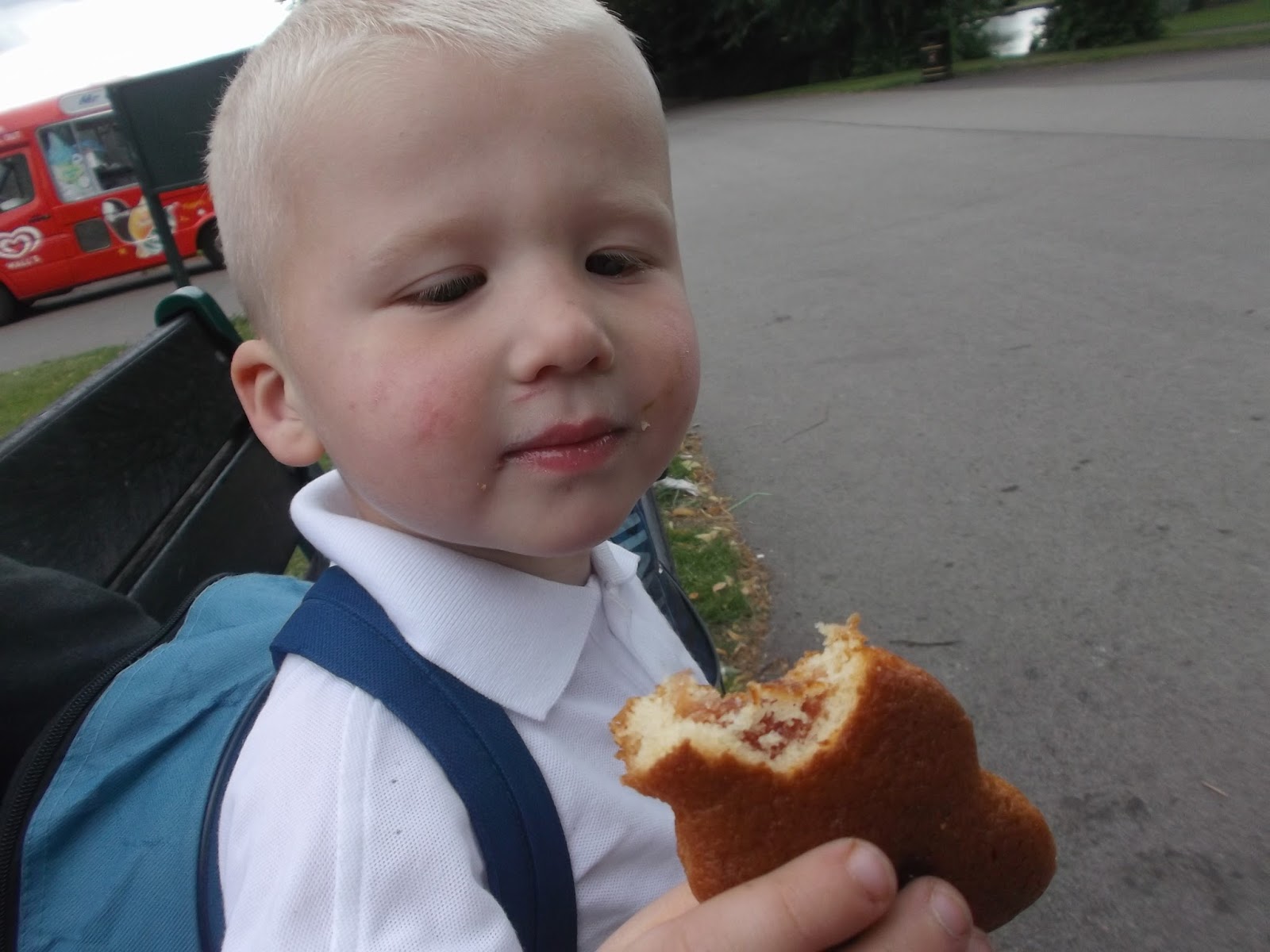 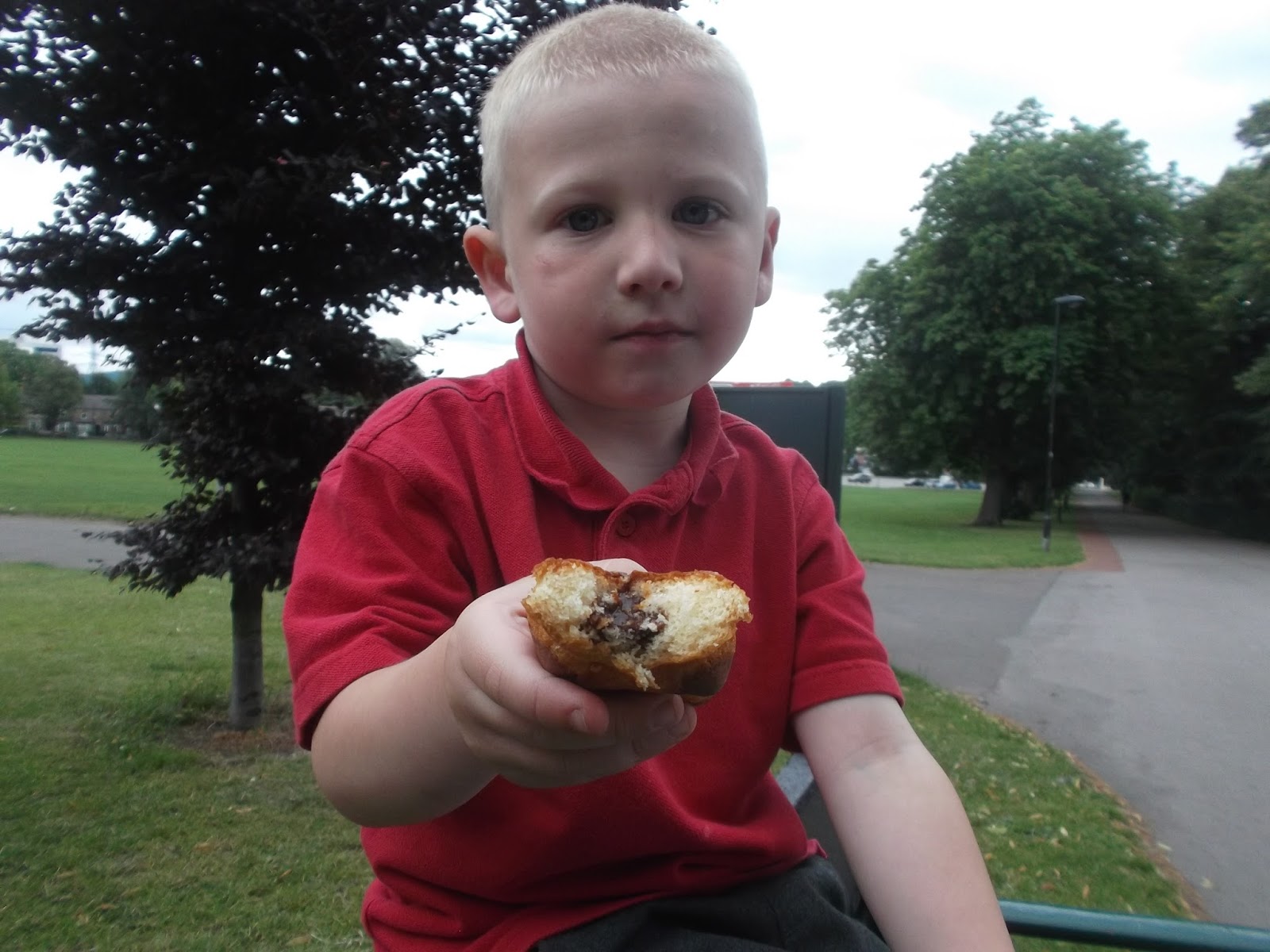 Chickywiggle has kindly said we can have this page for a week so we can tell you all about our adventures.  And WOW what adventures it looks like we will have as the Tour De France is due into Sheffield this weekend.... who would have thought we are 670 miles away from France (where we launched 14 years ago) and the city looks just the same.

We're a little tired after our long journey so going to take a rest and sleep off the road-lag then we'll be raring to go on our adventures the rest of the week. 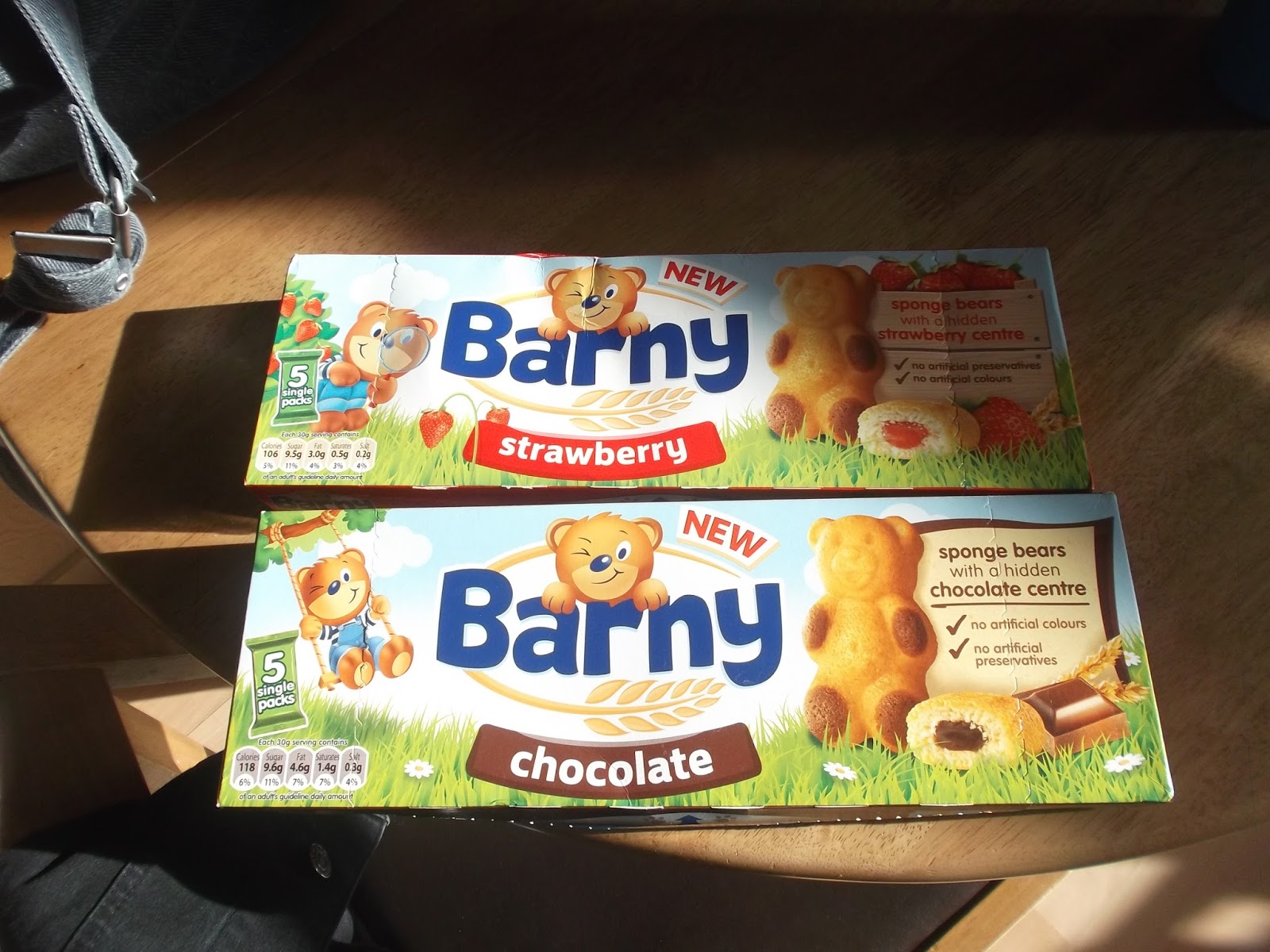 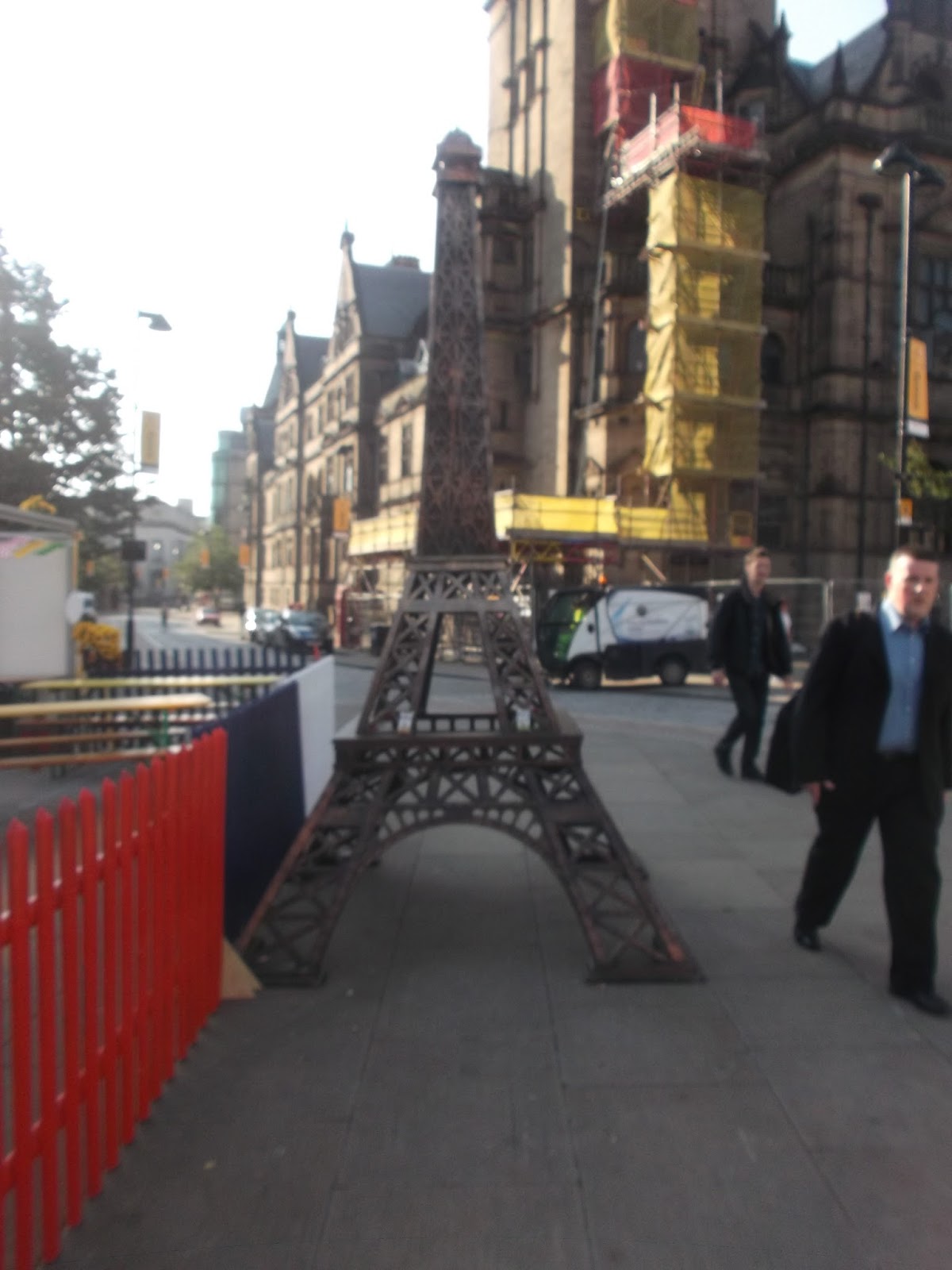 Today we headed on a little trip up the Eiffel Tower.......I'm sure it's taller then this normally but we had a fantastic time.
The boys each had one of our friends for a snack before bedtime as a treat for eating up all their tea.

Ben let me (Barny-Straw) listen to the Magic Faraway Tree adventures, and I wished I was high up in the cloud in the Land of Dreams just like those children. 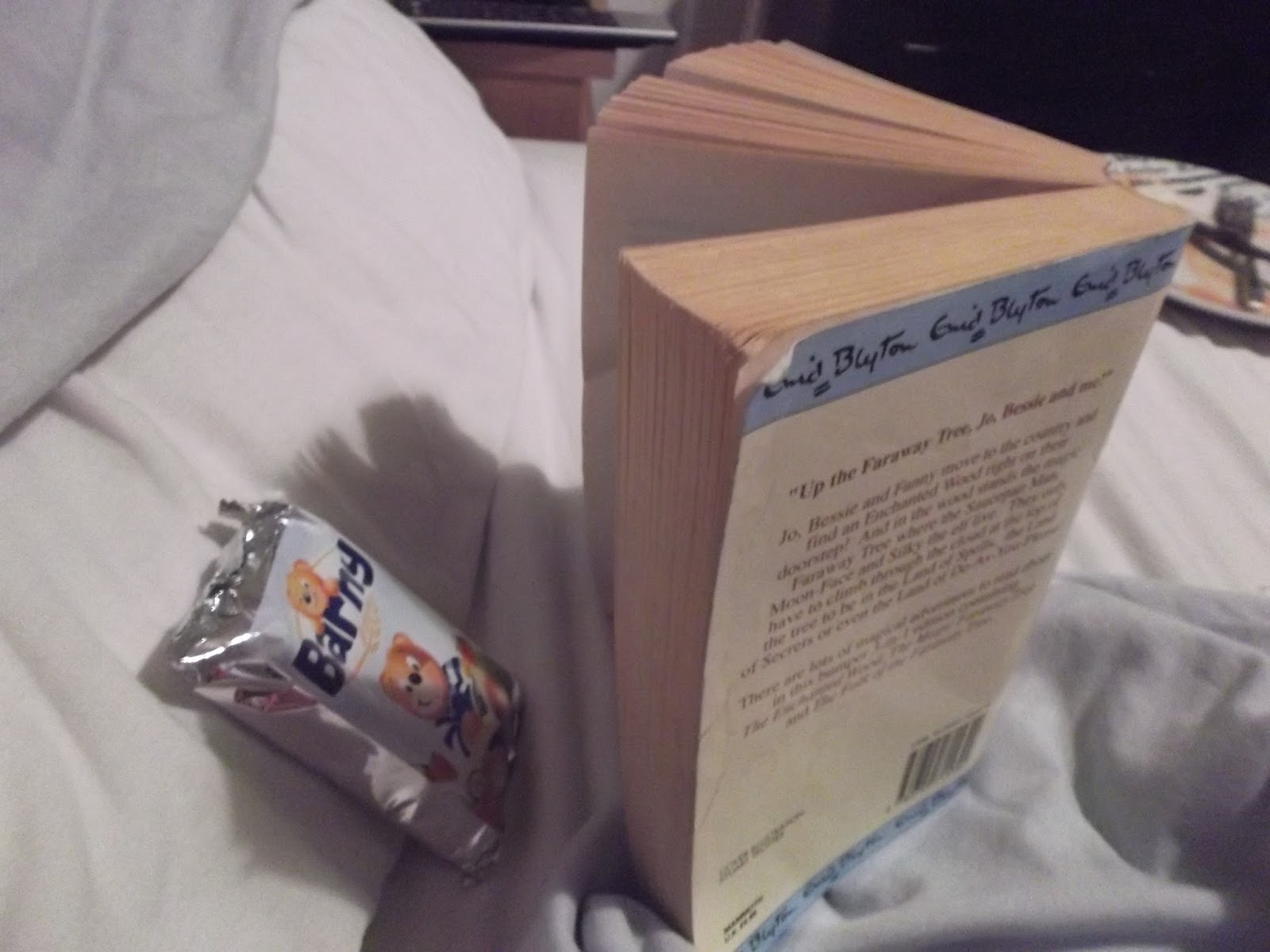 We had a rest day today as both boys where at school.... and we were told to gear up for a busy busy weekend.

We're got to go and meet the boys from school today and enjoyed a walk home through the park.  They loved running in the trees and collecting sticks.  Shattered, we stopped half way for the boys to have an after school snack (some of our friends). 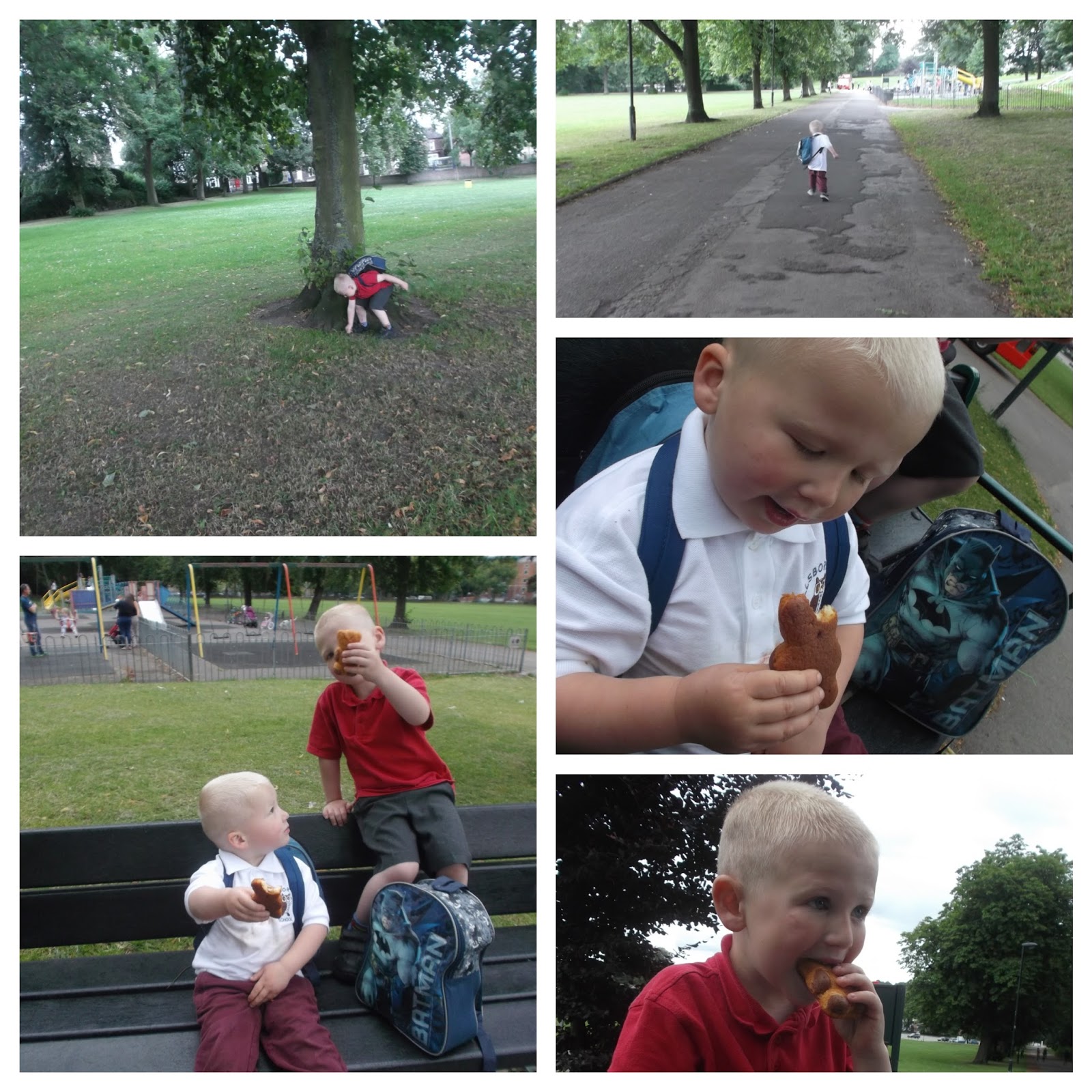 With all the strawberry and chocolate Barny Bears gone we headed into town with the boys to find some more and sample the other flavours ... apple and milk before going to a party. 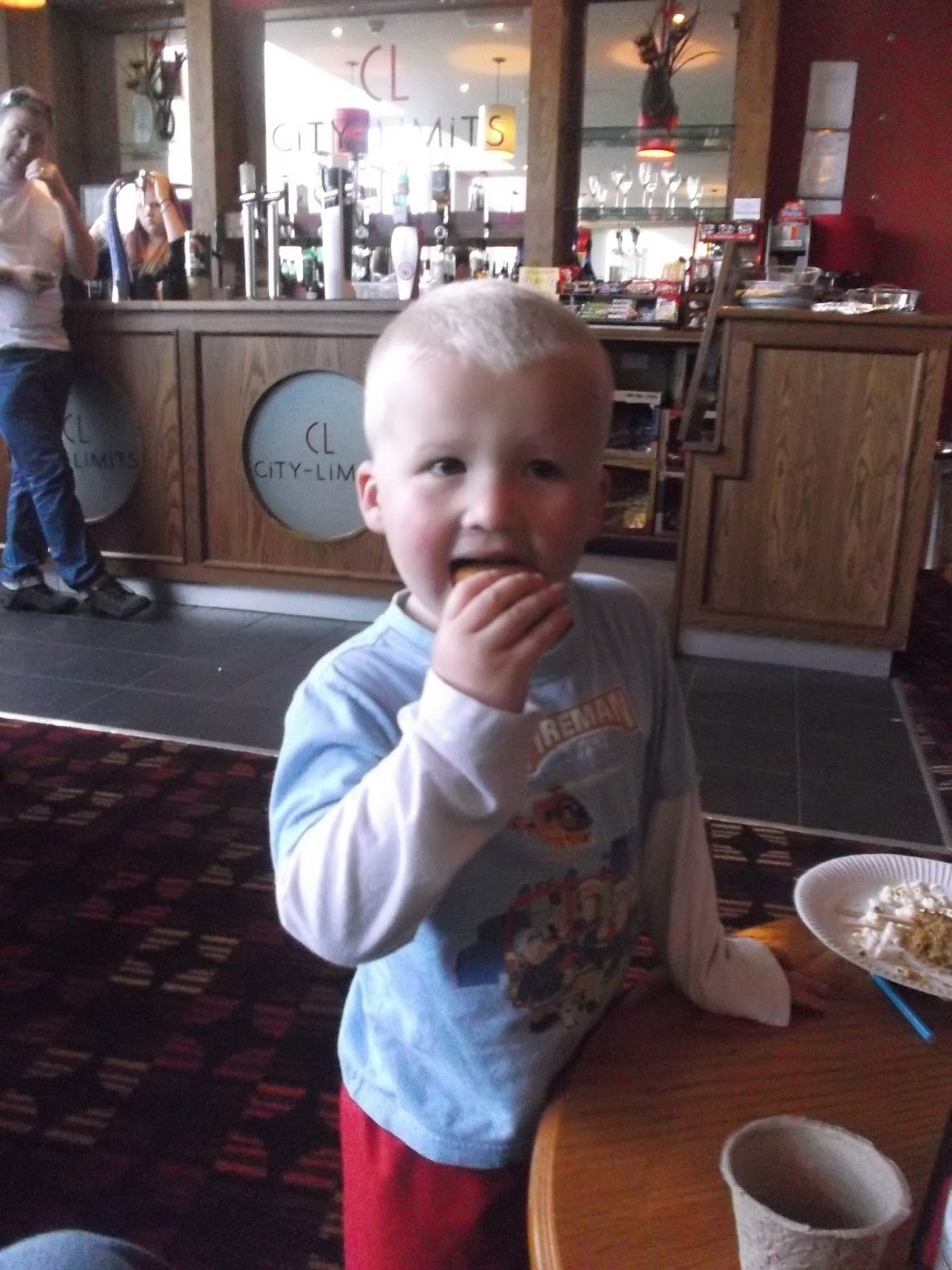 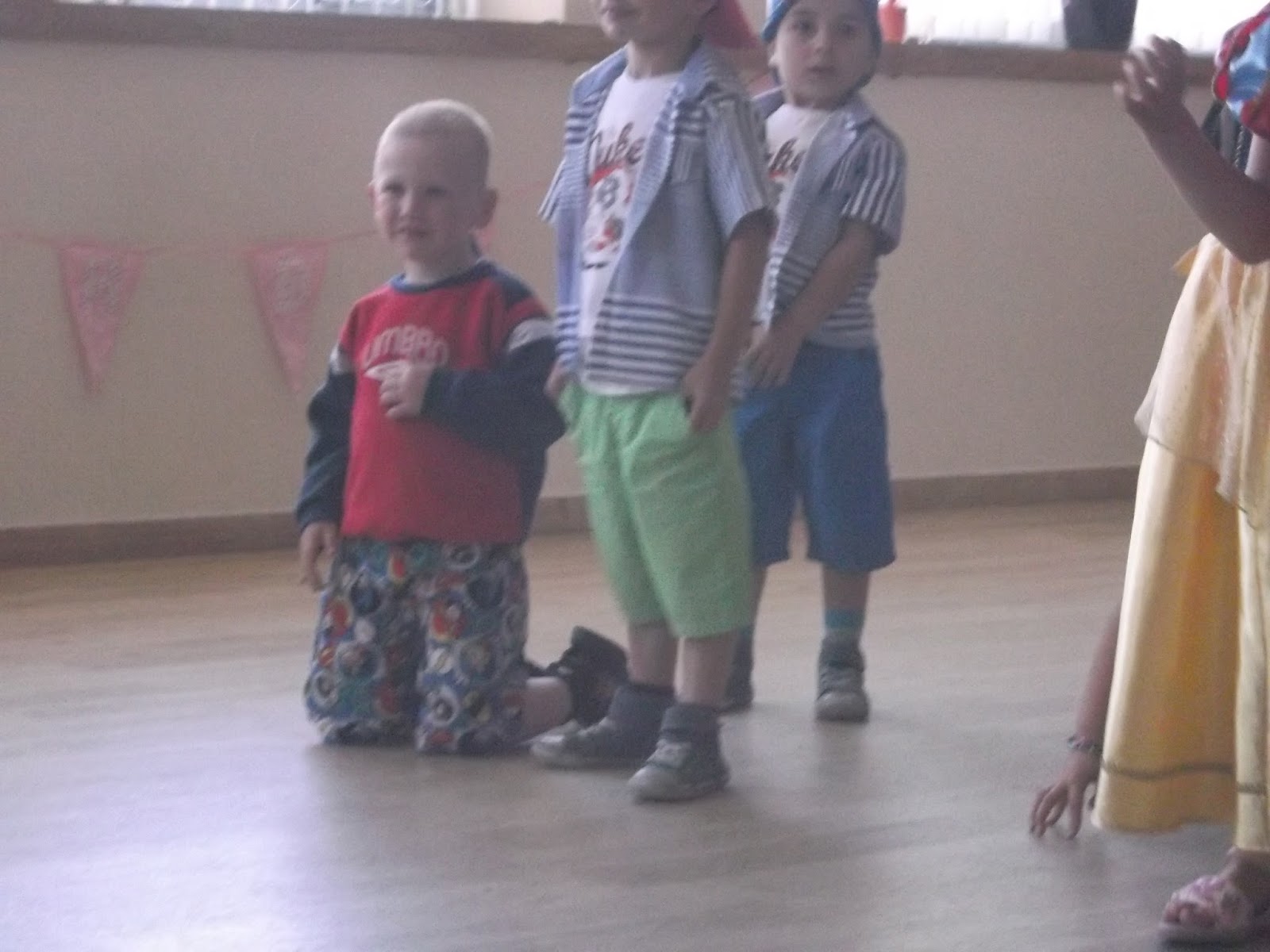 While Ben danced and played games with his friends we did some colouring in with Noah then he snacked on an apple flavoured cousin to keep him going ... his virdict "wow juicy".  Chickywiggle had one too and admitted they were really refreshing.

Today Sheffield stopped ... literally.... well ok for most people apart from Chickywiggle and her boys.   First they took us on a bus, which went through the town.

Isn't this yellow flower lovely... it's to symbolise the Tour De France (you can see Chickywiggles vies on that here!)  The town was realllly busy and the tram stops even busier.  We bagsied the front seats so we could see where we were going. 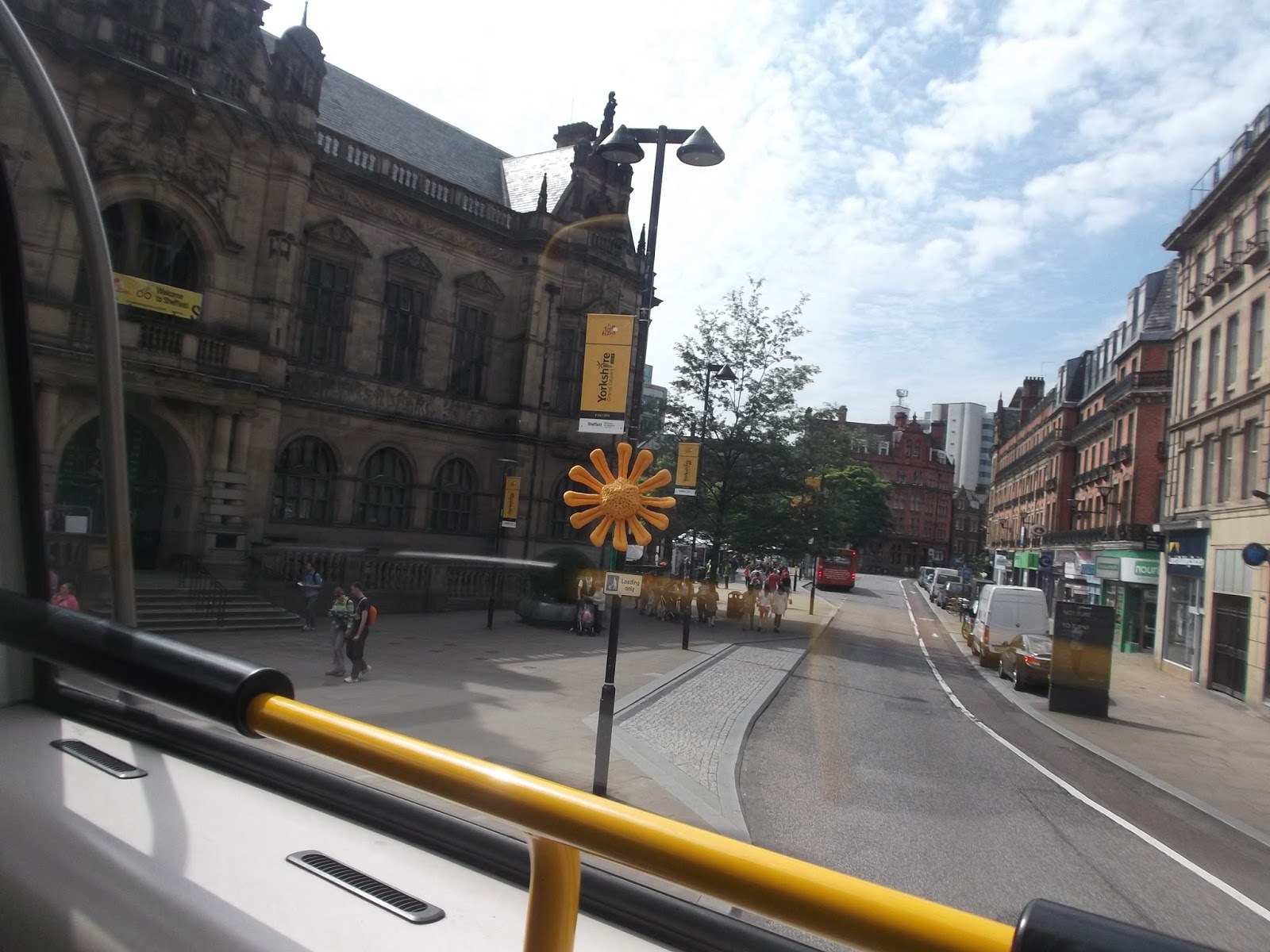 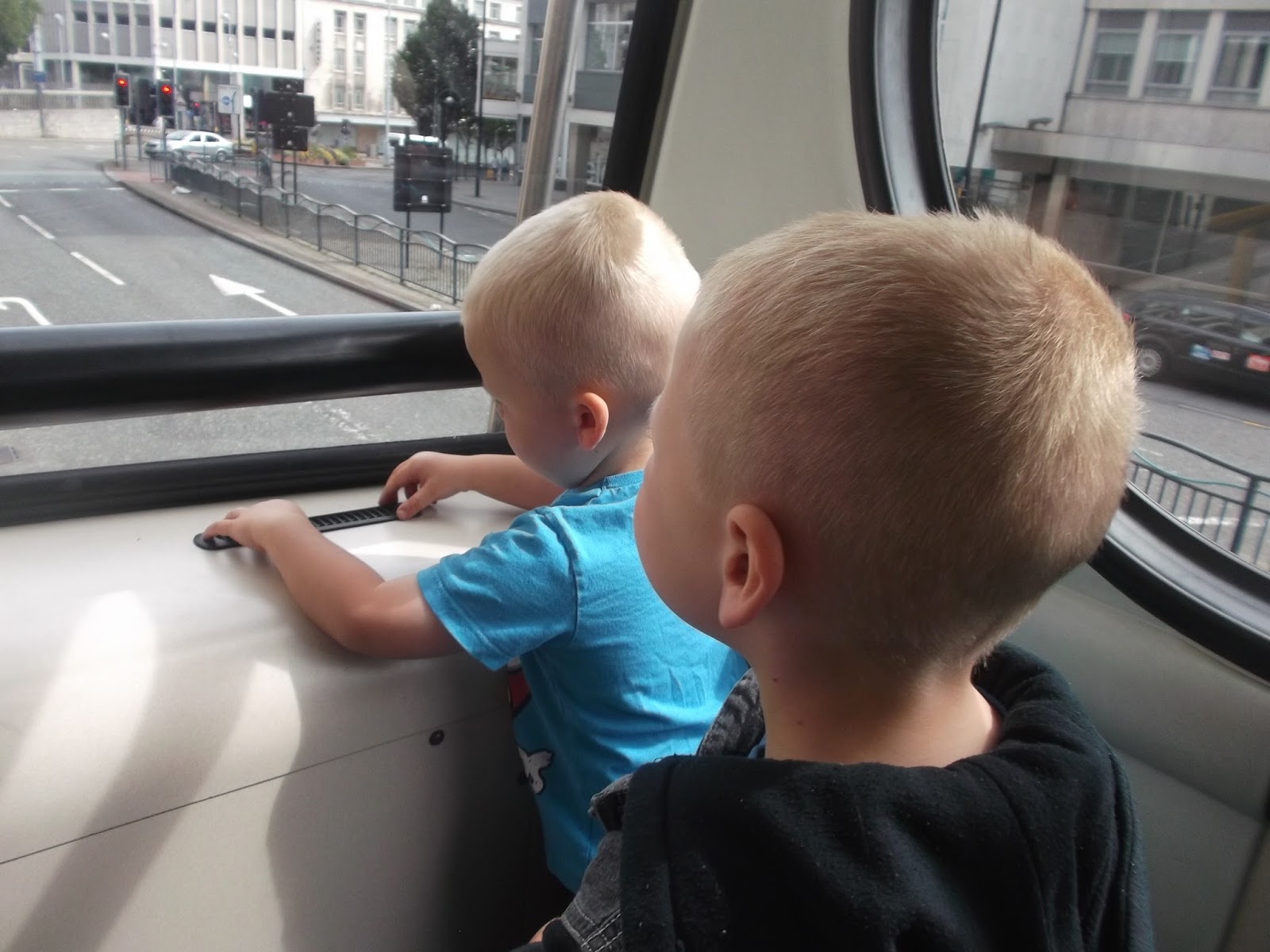 Once we'd done the shopping it was time for ANOTHER party... these boys have such a busy life!

The theme was Frozen/ Superhero.  Chickywiggle got out the facepaints and gave them a Frozen makeover....I have never seeen the boys sit so still. 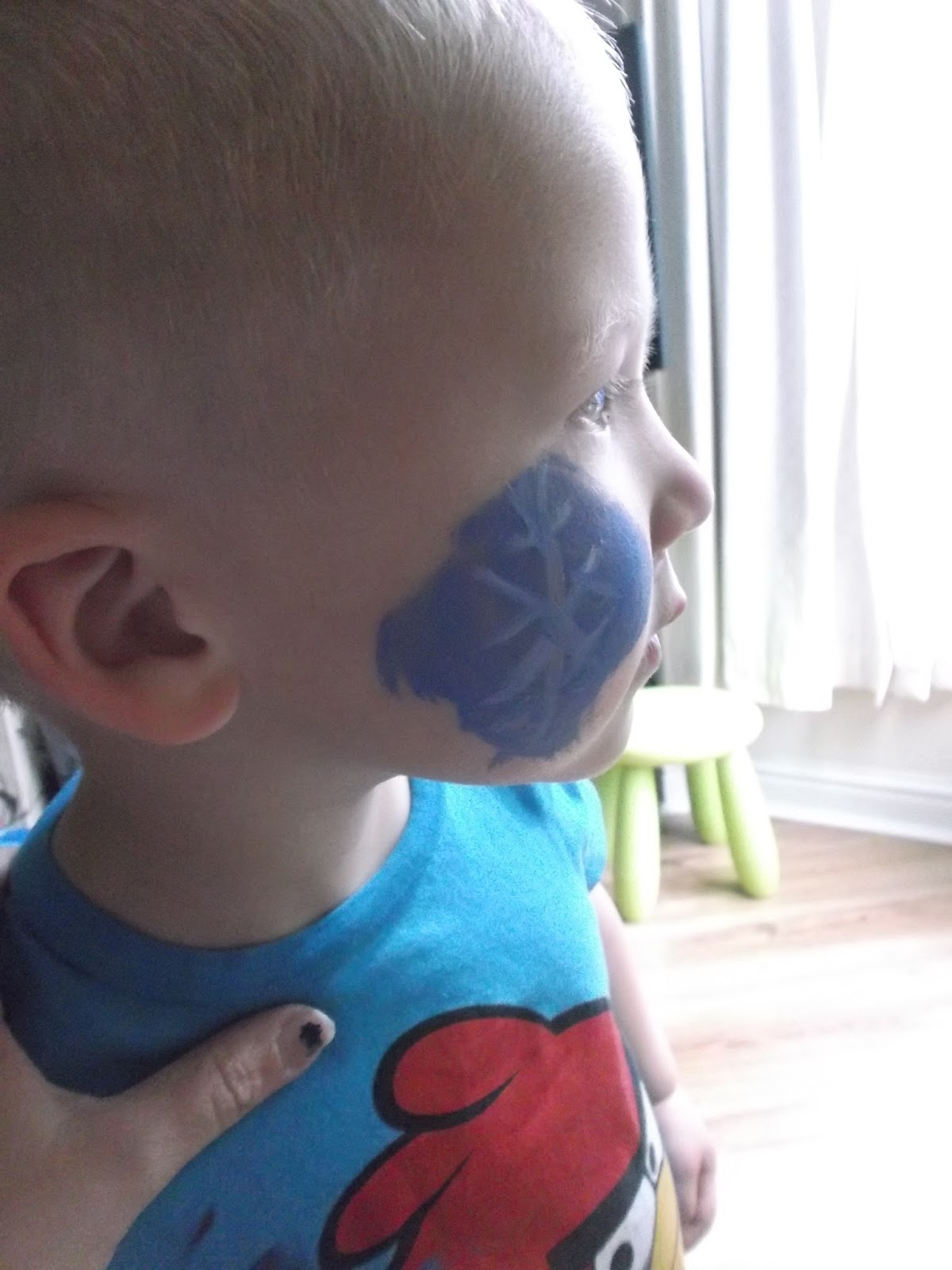 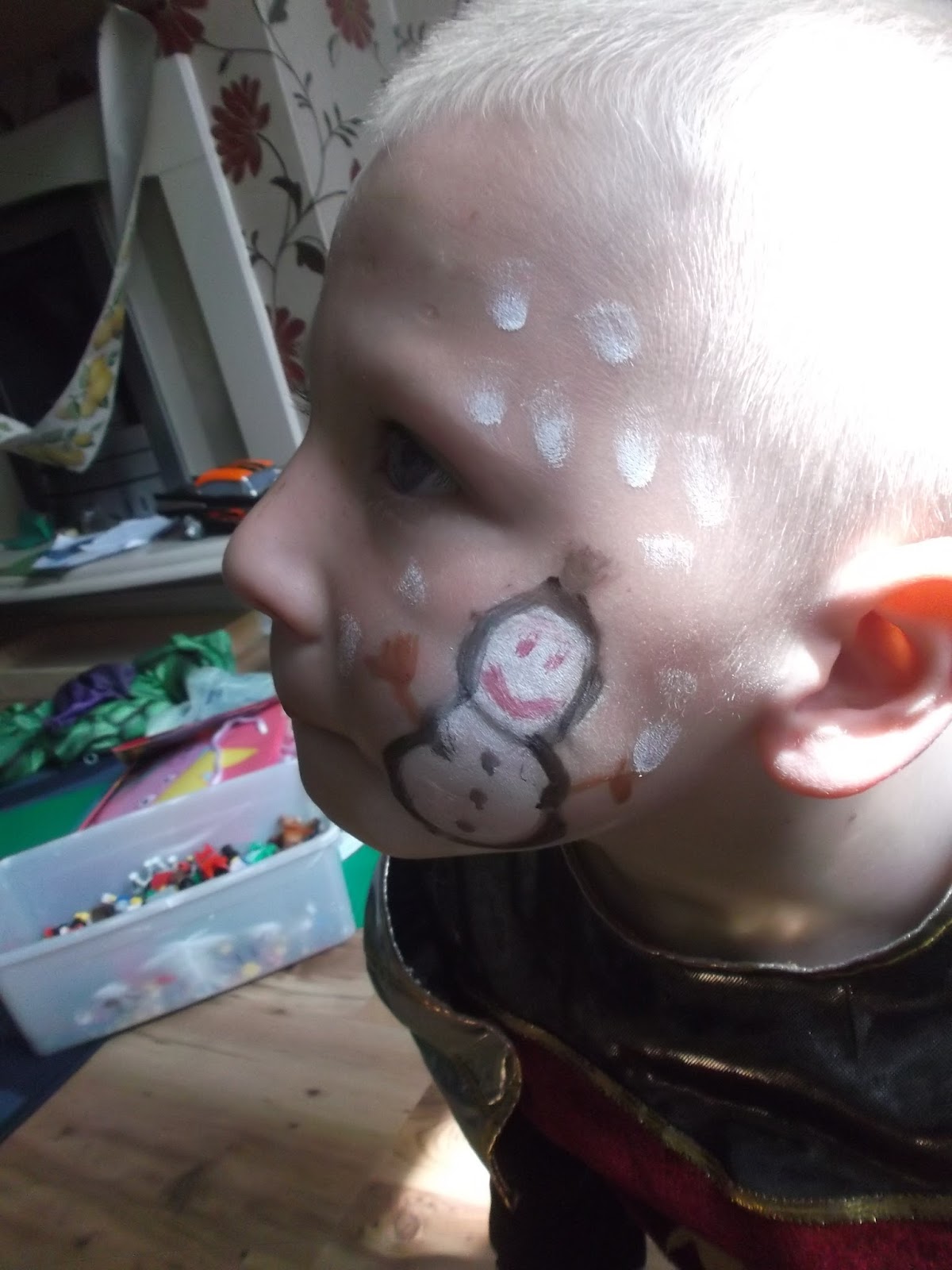 They got changed, Noah into Hulk and Ben into Kristoff and set off.  We were sooo impressed to find out that Elsa herself had come to host the party.  Ben was rather in awe showing off his dance moves during musical statues and musical bumps.  They then had a quick snack (no Barny Bears in sight... bad party post).  Following this they had a really beautiful Frozen inspired sing song and played some parachute games. 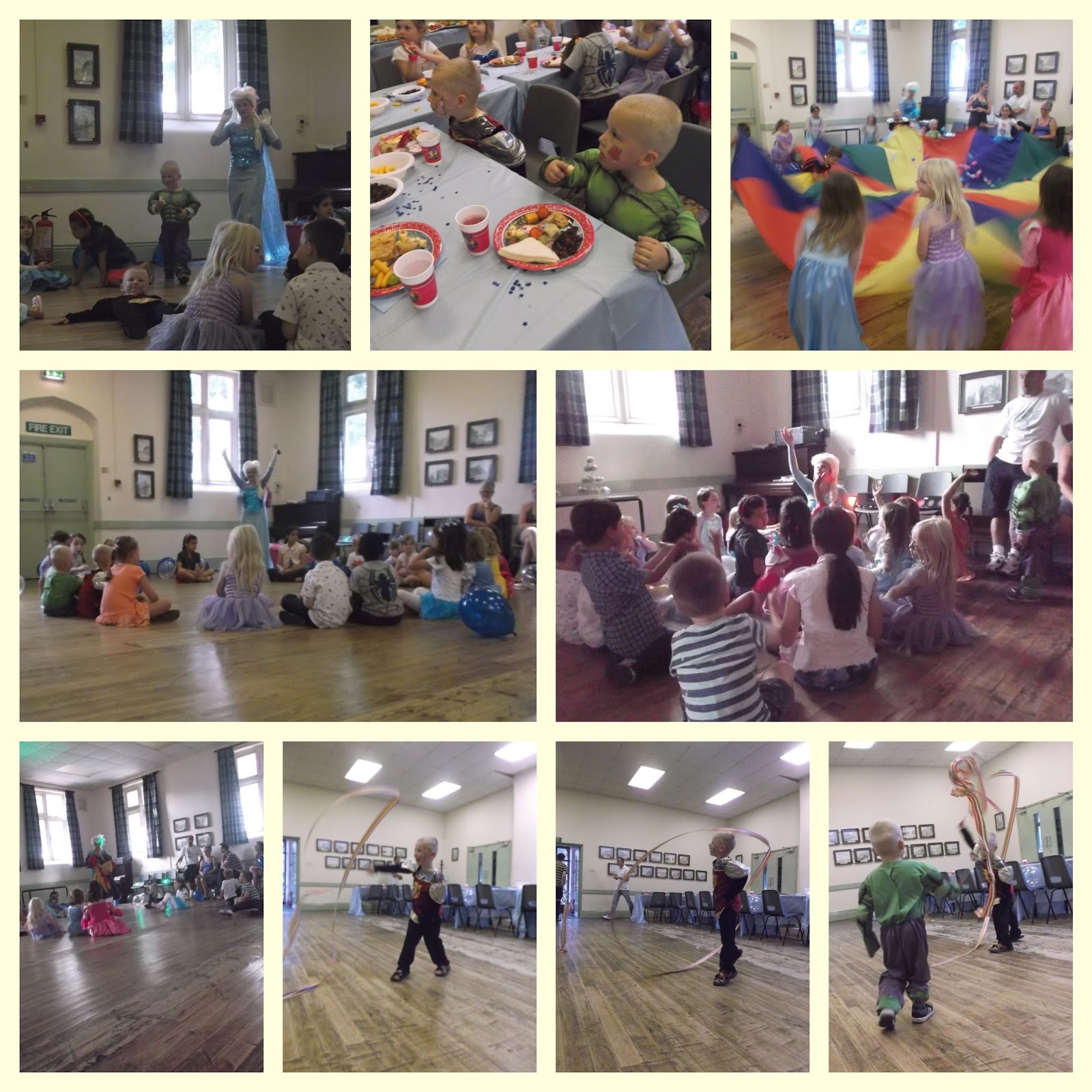 So that's our week with Chickywiggle's family.  We loved our adventures and so pleased that we were able to share the experiences with the boys.  Hope you enjoyed reading.

Disclaimer:  We have been sent two packs of Barny Bears free of charge and asked to tell you about them as part of a mumsnet competition/ promotion.  The way I do this, our thoughts and opinions all remain my own.
Why not check out some of Barny's cousin's adventures on the Mumsnet Blog Hop?