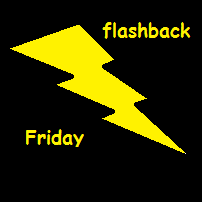 For me the main memory are the big red bus and the catchphrase "Time Busters Go...Go Go Go Go".  Like my memory of being Alana, The Girl from Tomorrow, I distinctly remember jumping over the top of my mums sofa (quite a lot) bring a Time Buster. 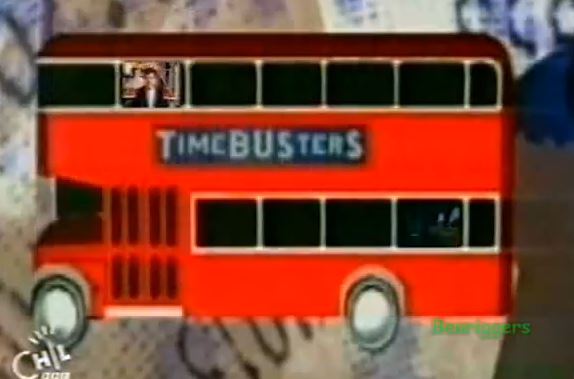 Time Busters ran for 3 series (37 episodes) from 1993 to 1995 on Sunday mornings on BBC2.  It was a role playing adventure game (much like Knightmare) where contestants interacted with characters from a time period.

Every week the villain, Doctor Paradox returned to a point in history and caused problems that could alter the history of time.  By entering the big red bus, with Professor McNulty (later replaced with a computer called Buster), the children had to interact with charcaters to solve puzzles, problems and clues to find the time capsule and return to the bus within the time limit. 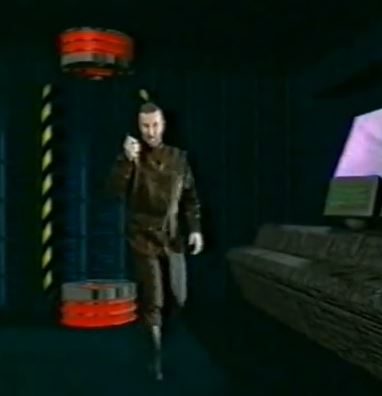 Initially there were 2 teams who raced each other to the capsule but in series 2 and 3 this was reduced to just the one.

To change the adventures Doctor Paradox usually turned up part way through an episode telling the children to give up the quest, drop the time capsule and return to the bus, this could be because they were out of time or the producers just didn't want a win that week.

Only 1 very very brief (5 seconds?) clip appears to exist online for Timebusters and certainly no videos were released... a bug shame.