The school holidays finally started here for us on Monday.... 6 whole weeks of having 2 boys at home again.  It's probably not such a big deal for me as I am used to having both all weekend, but for hubby (who only has 1 most of the time, and a full day with neither) it is now 4 days of utter chaos as he has to remember to actually look after them and keep them entertained.

Apologies for the marathon catch up but I've sooooo much I've been wanting to share and just not had the time ...... here's why........ Our mission for the holidays is to sort out the lego.  I would say my kids have nothing short of 30 lego sets.  these range from tiny one (e.g. a police bike) to huge garages, fire stations and police stations.  They are currently in a number of boxes (sorted by colour) where they have sat for months.  This is the reason for my absence as on Saturday I made the decision to start "The Sort".  This meant I was going to go thro the boxes one by one and find the pieces for 3 models and build them.  4 hours into this hubby came home and made a very valid point that if we were emptying and sorting we may as well do as many as possible ....... we ended up with (I think) 13 sets to complete ... again ranging in size.

And so that is what we have done every evening so far.  I have got in from work, had tea, put kids to bed, and the 2 of us have sat and sorted out lego.... there is still black and dark grey to go (the 2 fullest boxes) and then we can start putting them together with the help of Ben who's pretty good and following instructions and whose only comment on Sunday morning was "why didn't you do my lego movie set!" 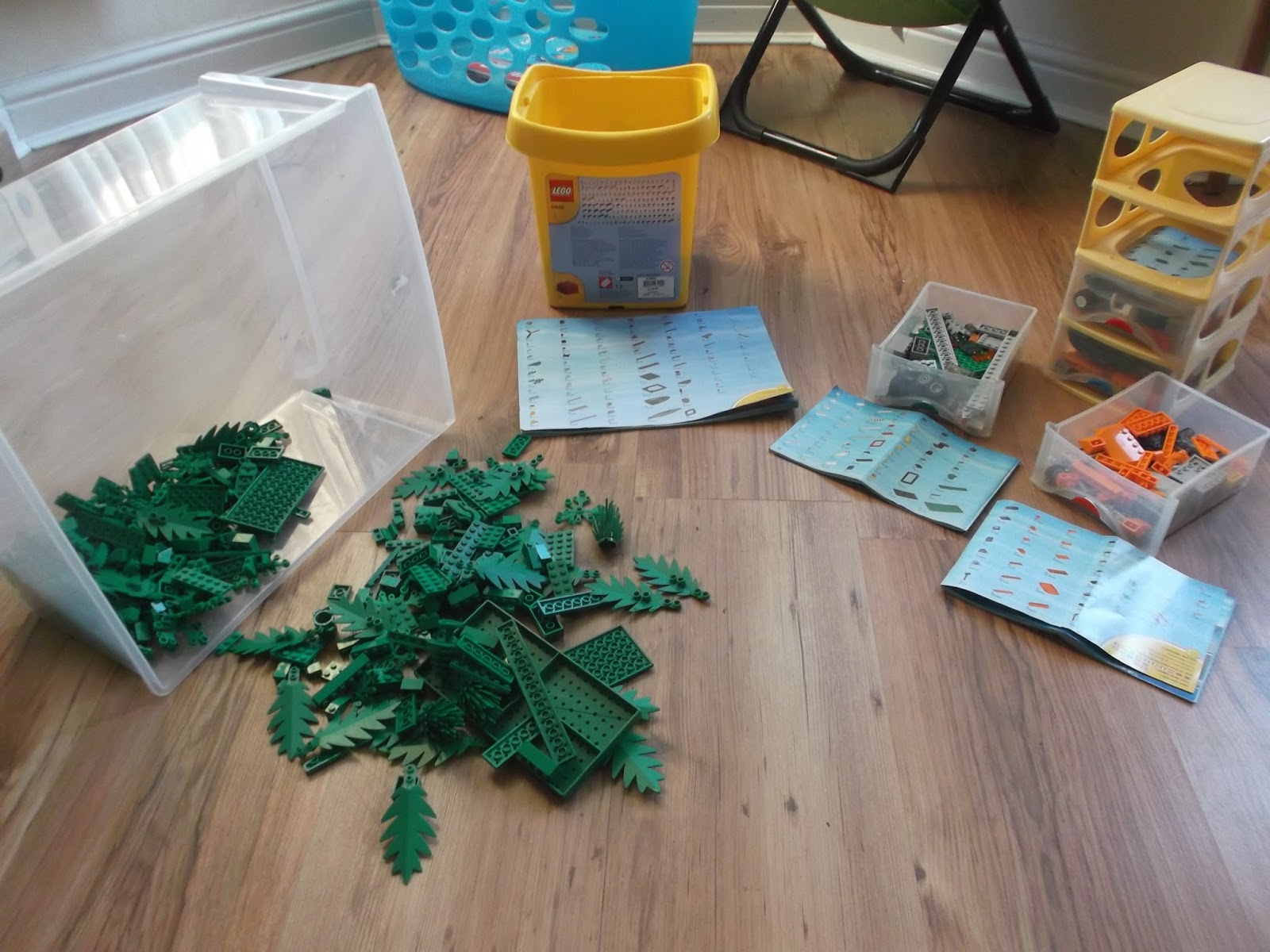 WOW has it been hot and sunny this week tho.  It's been warm in the office but not too bad (as we have air conditioning) so the temperature just hits you as you walk out.  we've had both front and back door open downstairs to try and cool the house down.  Only drawback was the other night Amey (who are employed to repair our roads/ maintain sheffields street lights etc) must have been using some nasty chemicals outside our house at about 9pm.  The smell was sickening, we had to options 1) close the door, boil and continue to smell it as already in the house 2) leave the door open, have air, continue to smell it.   we obviously went with option 2 but seriously that time of night is completely inappropriate to do that sort of work.

You may remember (I think I swore about it a little on twitter) that I came home from a day out over a month ago to a leak through our dining room ceiling.  Well Blundells have eventually arranged for someone to come and fix it which they have done the last 2 days.  we now have a fixed but frightful looking ceiling while we wait for a plasterer..... then I am assuming we will be painting it and charging the landlord for the pleasure..... that's if we ever see the money from the last lot of work we carried out. 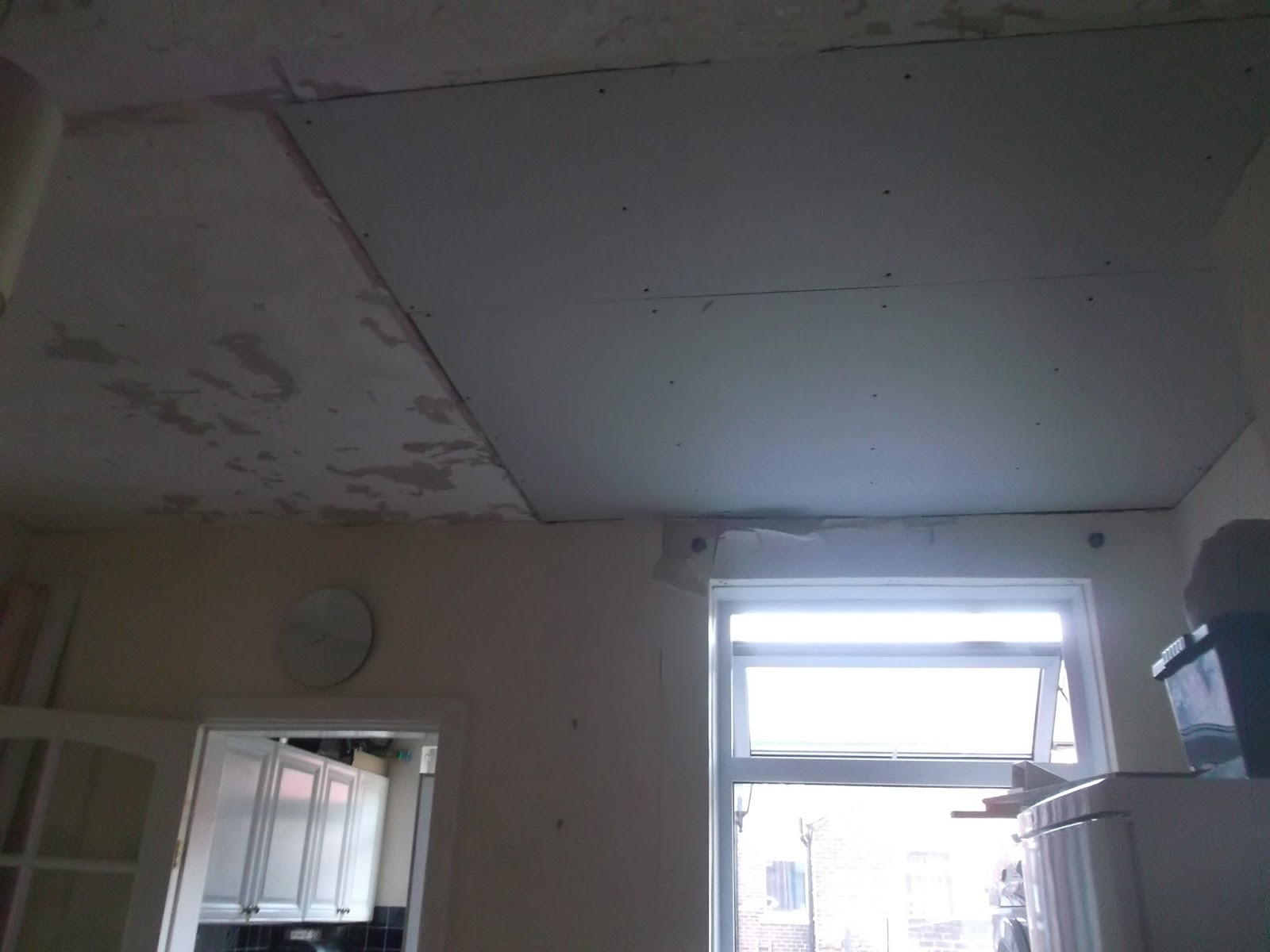 I had an interview for a job a couple of weeks ago and after a lotttt of waiting eventually got 'the' phone call this week.  Whilst I didn't get the full time position I went for I was offered a similar one, less hours at a different location.  I was hesitant and wary  but accepted.  so as of 11th of August I will have one job hat on 18.5h of the week and mine on for the other 11.5 as they are letting me keep my current position to a) avoid them recruiting and b) so I don't loose any money as the new job does not pay enough for me to be able to drop considerable hours.  It'll be strange and weird but a new challenge and I'm really looking forward to it.

7 years after starting my current job I was told I could eventually do my level 3 diploma in administration (new name for a NVQ level 3).  I got told today I had finally completed it and it's been sent to the internal verifier for checking.  Now as my tutor is herself an internal verifier she knows exactly what they are looking for so fingers crossed I've passed that too.

I'm taking the boys to Teversal camping with my mum, sister and niece tomorrow for a couple of nights so praying the sun will stay and I'll have some lovely photos and memories to share with you next week..... meanwhile I'm going to get some scheduled so you don't miss me too much again :)